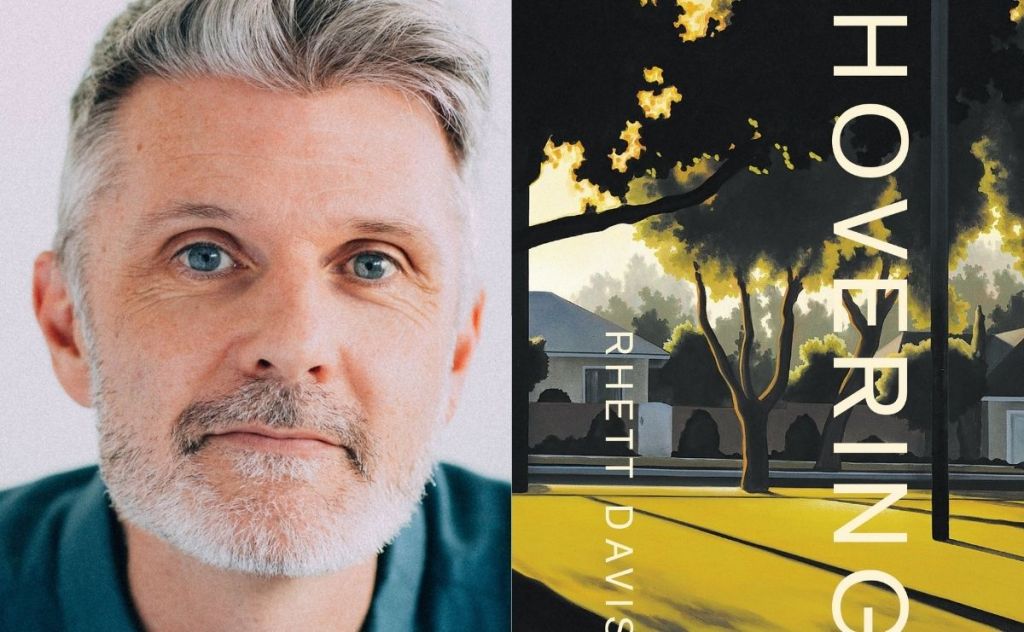 ‘Reading this book is like falling brain-first into a surrealist/hyperreal/virtual/sonic artwork.’ Photo by Rebekah Halls.

Rhett Davis’ debut novel won the 2020 Victorian Premier’s Award for an Unpublished Manuscript. Hovering is fragmentary and mysterious, asking itself questions like: where is the line between free speech and hate speech? What is art for? And where the hell am I? Split perspectives and unconventional storytelling make this book vibrate with existential instability as it deals with the overwhelming chaos of an ever-changing world. The relationships between people and places are heavily underlined by sensations of displacement, disorientation, and cognitive dissonance. Meanwhile, the buzz of collective humanity speaks to the sounds of the universe and the stink of meme culture. Don’t overthink it. Just listen.

The story opens with 39-year-old Alice leaving Berlin to return to Australia – the prodigal daughter returning to a past waiting to swallow her whole. On the ride to Fraser from the airport, everything’s the same but different; embodying the distinctive disorientation that occurs when a once-familiar place has irrevocably changed.

Resentment between Alice and her semi-estranged sister Lydia is apparent from the moment the latter fantasises about the former being barred from re-entering the country. Lydia likes systems and controllable variables. Alice likes mysteriously disappearing, and not getting too attached to anyone in particular. Lydia’s son George, silent and clever, is accustomed to his own devices, and his own devices are customised by him.

Lydia’s neuroticism is well matched by Alice’s artful detachment, leaving George adrift, alone in negotiating time, space, and entropy. Something strange disrupts reality, unexplained glitches in the everyday matrix. Alice is implicated in something big. Lydia knows something, but what?

Dry humour, subtle satire, and precise observations pertaining to life under late stage capitalism encapsulate the digital pull of technology and the weirdness of humans in general. Tone reflects theme, and the text itself plays with structure and form. Columns, computer code, transcripts, property listings, and group chats amalgamate to reflect the shifting architecture of this story, in addition to chapters of conventional prose. At times, lives are spread across spreadsheets like spoonfuls of qualia, highlighting similarities as much as differences, enabling the reader to experience all perspectives simultaneously. Subtle commentaries on colonialism, patriarchy, and the myth of white male genius occasionally materialise between the blurred edges of art, politics, and the debatable nature of reality.

Reading this book is like falling brain-first into a surrealist/hyperreal/virtual/sonic artwork, or viewing Australia, freshly distorted, through the compound eyes of insects. Davis’ transformative tale will resonate most strongly with digitally literate humans, cultured AI, and people who look out the window specifically to wonder where their old world went.