A surprisingly respectful adaptation that allows the original words to shine.
Ned Hirst 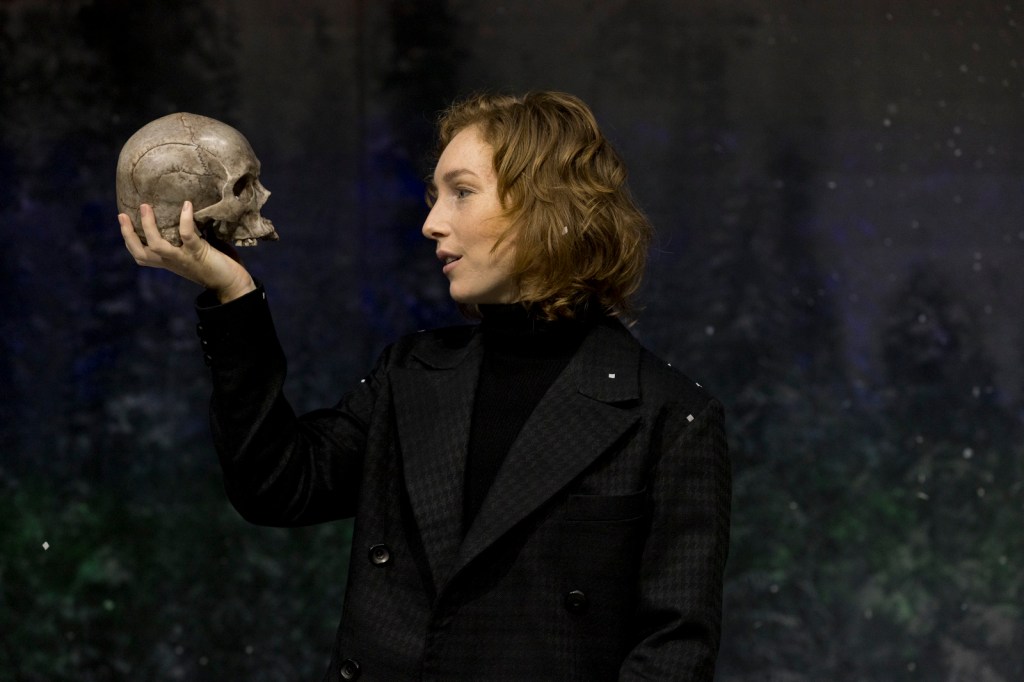 Staging Hamlet is perhaps more difficult than producing other lesser known plays by Shakespeare because the first question that arises is how a new production is going to deal with it? How can a play that is so familiar be made to say something fresh? Peter Evans’ production for Bell Shakespeare plays it pretty straight, even though he has set it in the 1960s and cast a woman in the lead. The setting is still Denmark and he does not strain to make the play speak to any contemporary political issue. Here, the play speaks for itself.  With Shakespeare, and especially with Hamlet, that is a sound policy.

The Danish prince has been a career-defining role for many actors and Harriet Gordon-Anderson gives a remarkable performance here. She pulls off Hamlet’s range of emotions seemingly effortlessly and is never less than magnetic. Unlike the film version of The Tempest, in which Helen Mirren turned Prospero into Prospera, this play does not change the gender of any of its characters but having Hamlet played by a woman in neutral clothing adds another layer of ambiguity to his much-analysed character.

In the early stages, this play is content to play Hamlet’s acerbic asides for laughs, particularly those aimed at the hapless Polonius (an excellent performance from Robert Menzies). The humour doesn’t come through as strongly if the audience suspects Hamlet’s behaviour is the result of a true lapse of sanity. For that reason, one consequence of the decision to embrace the humour of the early scenes is that Hamlet comes across as being in control – perhaps the most completely self-possessed character in the play. Dressed in black and aiming satiric barbs at all and sundry, this Hamlet could almost pass for Daria. The audience is not given any reason to suppose that Hamlet really has lost control of his faculties until his reaction to Polonius’ death.

For such a dark play, Hamlet is breezy at times and the set design by Anna Tregolan also plays into this dynamic of light and shade. The set is simple but effective and a backdrop of snow-capped pine trees has its mood subtly altered by the lighting. Sometimes starkly cold, the trees are at other times lit by a warm glow. Sepia-tinted projections of a young Hamlet at the beach also speak to the play’s emotional range; they are bittersweet in light of what is to come.

It is no surprise that Hamlet works when all the basics are done right, as they are here, but I was surprised at how deftly Evans has managed the pace of this production. It has been edited to perfection; never lagging in emotional resonance and constantly absorbing. It succeeds in the most important way a Shakespeare production can – it lets the greatness of the play shine through.