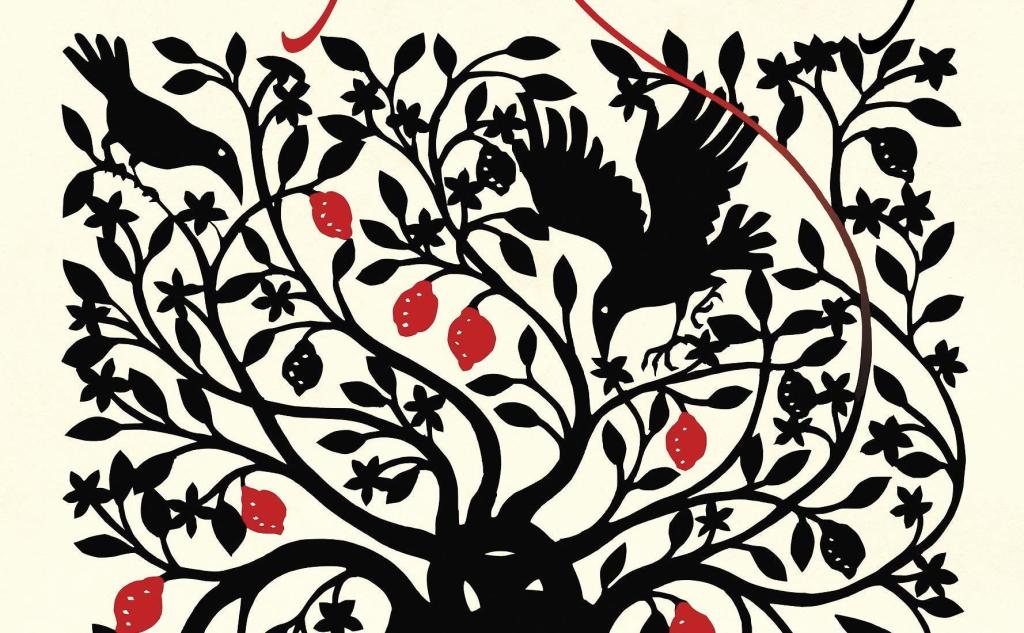 Kathleen Jennings’ debut novella, Flyaway, is a strange journey through the district of Inglewell, described vastly as ‘somewhere between the Coral Sea and the Indian Ocean but on the way to nowhere’.

Nineteen-year-old Bettina ‘Tina’ Scott lives a carefully controlled, deliberately blank existence under the watchful eye and guiding hand of her mother in the small town of Runagate, one of three tiny towns in Inglewell. But we soon learn that Tina’s brothers and father are mysteriously gone, and when someone paints the word ‘monsters’ on their white picket fence Tina finds herself pulling at the threads that bind her careful, empty life.

Tina reconnects with two friends whom she hasn’t seen since the night her father went missing, the night that she can’t remember. The three ex-friends set off to find who wrote ‘monsters’ on the fence, and the darkness that lurks just underneath Tina’s life begins to reappear, drawing her towards the unbelievable truth of what happened to her brothers and father.

Punctuating the book are chapters of other stories that at first appear unconnected to the main narrative, but whose significance gradually becomes clear as the Scott family’s past is revealed. These various narrative threads weave the dark history of Inglewell and its three towns, bringing to light the crimes of its inhabitants.

Flyway is a brilliant piece of Australian Gothic literature; the dread in the air, the macabre details lurking in the shadows, and the unease of the landscape that Jennings writes is so unsettling it’s like every creepy, weird campfire ghost story rolled together, with a heavy dose of sinister fairy tale thrown in.

There is a nightmarish quality to this story, and an excellent use of fairy tale elements: people who are really plants and animals; creatures cobbled together from broken things that have haunted the district forever; other creatures that will copy your appearance and steal your life if given the chance; infestations that can be tamed by music; witches who aren’t witches but are also essentially witches; and people who know of the essence and edges of things, who can transform and trick and terrify to get their way.

Jennings’ rendering of the Central Australian landscape is fantastical, unnerving, ominous, and alien, and the ghosts and creatures that haunt the shadows among the trees at dusk are a manifestation of fear, guilt, and retribution that serve as notice of the crimes committed upon it. But there’s beauty there too; the vastness is a reminder of each character’s small, fragile humanity, and in the end it is the landscape that remains unchanged by the horrifying events that took place upon it.

Jennings’ debut combines elements of classic Gothic literature, fairy tales, and the brilliant Central-Australian setting to create a unique story that twists unexpectedly, turning in upon itself and then spitting the reader out at the end with a vague sense of having let themselves be haunted by something amazing and terrible. I can see this work making its way into educational reading lists, to be dissected and examined to find what lies beneath.