Chemist and author Kathryn Harkup turns her microscope toward the grisly and gruesome of Shakespeare’s plays.
Georgia Brough 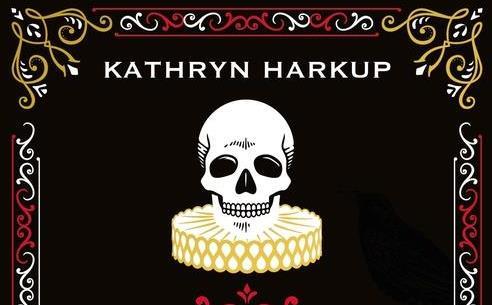 In Elizabethan England, death – a common experience that will one day be familiar to us all – was not the often sanitised, privatised experience it is in modern culture. It was visceral, vivid, and often bloody – and with the frequent occurrence of public executions, it was very, very public. It is no wonder then that the famous plays of William Shakespeare were as bloodthirsty to match. Death by Shakespeare: Snakebites, Stabbings and Broken Hearts by chemist and author Kathryn Harkup is an examination of the social and cultural context for the way death is depicted in the works of William Shakespeare.

The plays of William Shakespeare have been internationally renowned for over 400 years; recognised for their universal themes of love, loss, war, desire, and men with donkey heads. Death was a central theme to Shakespeare’s plots of murder, mayhem and mystery. But how was death actually depicted, and how accurately? How much knowledge did Shakespeare have to back up his work?

Harkup proceeds to unravel the macabre and gory of Shakespeare’s work, drawing on historical evidence, modern science and cultural examination to analyse and assess. In these instances, the style of Death by Shakespeare needs more delineation, or perhaps more structure. While the history, science and discussion of the plays themselves is undoubtedly fascinating, these analyses also come in a wave and more distinction between them is needed. For example, it is at times difficult to differentiate between the Richard III as is known in history, and as is known in the play Richard III, as Harkup’s careful discussions of both bleed together too easily. Subsequently, re-reading to get one’s bearings is required, disrupting the flow of and engagement with the text. With lack of structure, it is easy for a reader to lose the point.

But as a history lesson for those who appreciate or enjoy a little gore, Death by Shakespeare has plenty to enjoy, filled with snappy one-liners and facts to liven up any dinnertime conversation. Harkup brings the slightly murkier (and smellier) sides of Elizabethan England to life, providing a fascinating and fresh new context for the well-trod material of both the era and the plays themselves. For example, an era-appropriate performance of a Shakespeare play would never bother to include an execution on stage. Special effects of the day could never live up to the real deal, of which Elizabethan audiences would be more than well acquainted. Death by Shakespeare is a lively and interesting new lens through which to view history, a clear passion project from a witty writer.