Sandie Jessamine's memoir is an insightful exploration of a devastating and alienating mental illness and a catalogue of the damaging consequences of child incarceration.
Gillian Wills 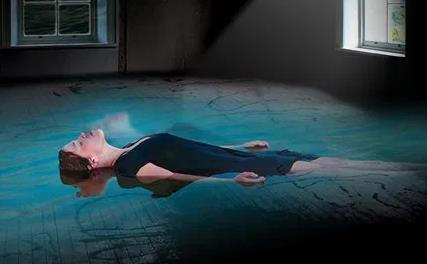 Sandie Jessamine suffers from Borderline Stress Disorder, otherwise known as Complex-Post Traumatic Stress Disorder, which is caused by prolonged and repetitive trauma. This psychological illness was neither recognised or fully understood when the author was a child.

Dissociative identity disorder prompts shame, nightmares, issues of trust and at its worst, a bewildering detachment from reality and in Jessamine’s case, a ‘splitting’ into multiple personalities. Her disorder recalls the life of Chris Costner Sizemore enshrined in the notable 1957 film, The Three Faces of Eve.’

She explains, ‘The girls who live inside me exist. They are personality fragments with their own behaviours and ways of thinking.’

More’s the pity, her childhood home was a confusing emotional landscape of mixed messages and harsh put downs. Her father’s affection blows hot and cold and she was aware he favoured her sister Kim and her brothers. She was adopted.

Sadly, any misdemeanour ignites her father’s resentment that she’s a ‘cuckoo in the nest’.

He urges Jessamine’s Mum to take her to a doctor because, as he says in his daughter’s hearing, ‘There’s something wrong with that girl’s brain’. This spongy, spiky dysfunctional terrain was an ideal setting for Jessamine’s alternative personalities to flourish.

She fares better at her grandparents’ home because there she experienced unconditional love and a stable existence. Except, whenever she appears to be healthier, her Mother takes her daughter home again and the toxic loop of splintering and withdrawal powers up again.

When she inhabits one of her other personalities – for instance Wild Cat, who sets fire to her sister Kim’s unoccupied bed – her father’s harsh discipline (he used a leather strap, once for three consecutive days) triggers Jessamine’s detachment. She explains, ‘there’s a switch in me that turns time off. Once it flicks. I’m gone. I exist but I never know where.’

And her alternative personalities, which she couldn’t control as a child and young adult but manages to integrate in later life, live inside her still. There’s Sami, a witch, Wild Cat and a dancing delinquent. Incidentally, one of the strengths in this page turner, which is as much a slice of social history as it is a chronicle of Jessamine’s traumatic earlier life, is how clearly the author delineates between the separate voices in her storytelling.

Like many of the socially inconvenient, Jessamine is despatched to an institution, Kamballa, the site of the infamous Parramatta Girls Home that housed unfortunate convict women and children. There, within ‘weathered walls’ and haunted hallways, Jessamine is misunderstood, maligned, bullied by peers and routinely punished by 24-hour stints in solitary confinement. She makes a daring escape at the age of 15 in 1974, but her misadventures in the real world, including police brutality and a questionable friend’s betrayal, results in her being raped.

To Jessamine’s credit she bravely turns her life around and particularly so 40 years later when she builds a therapeutic bridge between her brutal past and brighter present. To say more would require a passport into spoiler alert country, but structurally, this concluding and intriguing section deserves more emphasis, after the reader has travelled such a rocky road.

Unflinchingly honest, this is a rewarding, humbling and topical read, for it is as much an insightful exploration of a devastating and alienating mental illness as it is a catalogue of the damaging consequences of child incarceration, which arguably can be just as harrowing today as it was last century.