What causes a regional arts festival to falter

The fourth edition of the biennial regional festival Cementa has just wrapped up, but for a post-industrial town the event misses its context and struggles to include residents.
Gina Fairley 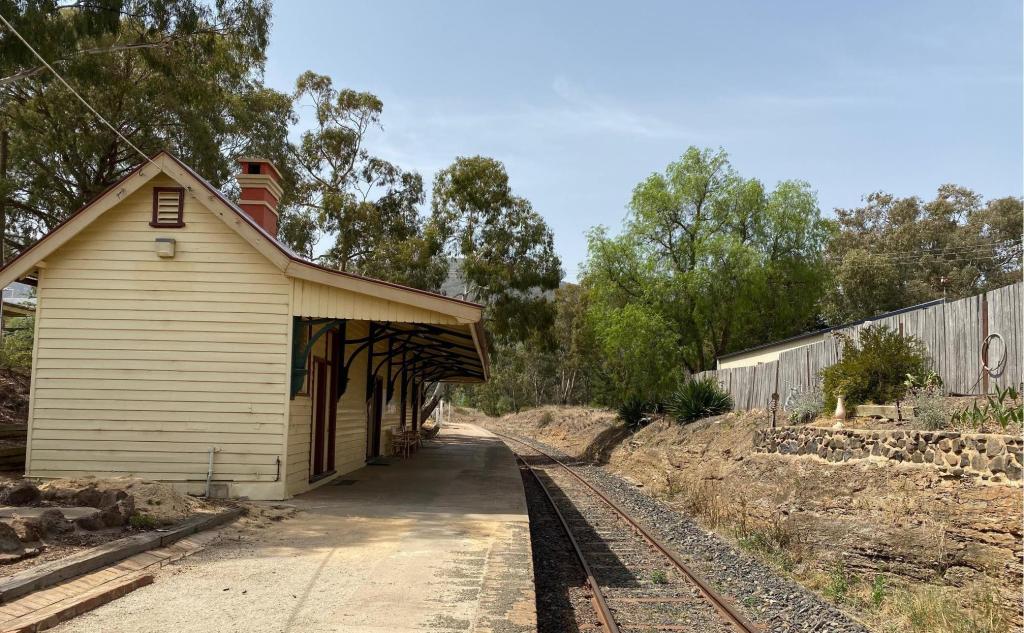 Cementa is a biennial artist-led festival hosted in the regional NSW town of Kandos, three hours west of Sydney.

The essence of this event – as it name suggests – is that art can revitalise a post-industrial town. Kandos was a cement town, and when the works closed down late 2011, so did a large part of this small community.

Two years later, the first edition of Cementa was held, the brain child of artists and creative co-directors academic Anne Finegan, Christine McMillan, photographer Alex Wisser and his partner, artist Georgina Pollard. They had placed a part of their lives in Kandos, choosing to move out of the city and call it home. Now around a dozen artists have either moved to, or bought into, the town.

This embeddedness was always viewed as a pillar of Cementa, enforcing the criteria that any participating artists must do a residency in the town and interact with the locals. Finegan told ArtsHub during Cementa17: ‘If it wasn’t made in Kandos, you got the veto.’

It was not going to be some parachute in, FIFO (fly in, fly out) kind of festival located in the curator-as-colonist mindset.

But it has not all been roses. As a documentary shadowed the organisers on that first edition in 2013, it was clear tensions were there from the outset – a cynical distrust in the four-day takeover. The short film, Welcome to Kandos – the cementing of an unlikely friendship, by Fran Tinley and Justin Hewitson captured that intersection.

But over the subsequent two editions, Cementa found its groove, connecting with the community. In short, the town learnt to rub shoulders with art. A local Maggie told ArtsHub during the 2017 edition: ‘You now have locals saying, “Use what I have”.’

In fact, at the last edition, Cementa17, there appeared to be as many locals wandering the streets as volunteers, as there were artists and out-of-towners. It was the kind of cultural ecosystem for a regional festival that one could only dream of achieving.

Everything from the CWA, the scout hall, community centre, golf course, tennis courts, nursery and the local church were activated with art projects – you could even find art in the locals’ garages.

What has triggered the tensions around Cementa?

That recipe is still there. Springboarding from Maggie’s comment ‘Use what I have’, Szymon Dorabialski did an inline skating performance on the community basketball court; Lindsay Kelly conducted an Anzac biscuit workshop Tasting History at the CWA, while Keg de Souza offered cement ice blocks at the Scout Hall.

Also reaching out, artist Malcolm Whittaker explored the notion of community engagement by wandering the streets over the four days, endeavouring to shake hands with every single one of 1,261 residents as per the last census. And Ella Dreyfus involved visitors in a project at the former Kandos Railway Station, All roads lead to Kandos, a mapped web of connections with the town that will eventually find its way to the Kandos Museum.

One of the highlights of this Cementa19 was Swimming Pool (pictured above), a performative work by PTY Fairfield and Tessa Leong that drew on narrative and collective memory to find a baseline of Australian identity lingering in us all. It was a beautiful considered art work that truly bought visitors and community together on equal footing.

Unfortunately, you had to book in advance, but there was no mention of this on the festival website. It was far from capacity. It was also the site of tension between the local community and festival organisers, with complaints that their pool was being taken over by strangers.

This year, too often, complaints were overheard. The owner of a local cafe told ArtsHub: ‘We don’t want this festival here; we don’t want Cementa.’

Similarly at the Golf Club, staff told ArtsHub that the sound night was offensive to locals and struggled to cope with the influx, adding, ‘We are going above and beyond to cater to you people.’

It was a tension felt across this event, and not one reserved for behind the scenes. Somehow the communication had broken down. This town no longer felt part of this event – or that they wanted to be. The overriding message was that it was not revitalising the town, rather it was causing great stress at a time when it least needed it.

Was timing a factor? This year Cementa was moved from April to November, because we were told ‘the organisers weren’t ready’. For a country town in drought, and a busy arts calendar to close out the year, November was never going to be a great time.

Why change a festival’s date once it has gained momentum in a competitive calendar?

The joy of past events was that people would stroll the streets and engage with artists and locals, seemingly breathing life and connection into this festival. This past weekend when Cementa19 was held (21 – 24 November) it was too hot to do so.

Finegan must be champion for her pop-up of creative frocks made from recycled fabrics, which were offered to punters to wear during the festival, many donning on Onkaparinga blanket dresses in the heat. This project continued the momentum found in past years.

It is my fear that a lot of the tensions of Cementa19, however, could sadly have been avoided. The impression was the energies and resource were too stretched on both sides. And the new local-artist run Wayout Space was a lost opportunity as a vital festival hub and bridge.

If anything that connection was found at the local weekend market, where stall holders were happy to come an extra day and warmly chatted with visitors, embracing their presence. The BBQ with rissoles and chutney made by the community was the best relational aesthetic project of the festival.

Is an overly didactic festival right for remote regions?

While all festivals face organisational blues at some point in their lifespan – and hard lessons are learnt – it is the programming errors that can be more lasting.

The other defining factor of Cementa is that it is largely an invite-only, curated festival. For this edition the festival handed over the reins to Sydney-based artist, academic and curator, Bec Dean.

The Cementa19 program had a strong academic frame of relationship aesthetics – a term created by curator Nicholas Bourriaud in the 1990s describing the tendency to make art based on, or inspired by, human relations and their social context.

Cementa has been most successful in this through the Kandos School of Cultural Adaptation, described as a think tank for alternative sustainable living. Over two years nine artists have worked with local farmers, Aboriginal elders and scientists to explore the capacity of art to engender cultural change.

The entire Community Hall was turned over to the presentation of these heavily didactic projects. Delve into them, however, and they are rewarding. Imogen Semmler’s Monopoly-styled game Farmers in Flux was an incredible brain tease where Lego stood in for cows and the banker and chance cards taught punters about responsible farming.

But do they make good art for a festival environment? Similarly, the new Wirimbili-Yanhi Wiradjuri Walan Cultural Centre at the centre of the town is a great addition, but again it got lost in didactics.

These overly didactic and relational works sucked the energy out of Cementa19, asking a lot of audiences, not to mention the locals.

There were artworks that balanced the experience. Highlights were Rebecca Gallo Calder-esque mobile of Back of House; Museum Maintenance that repurposed industrial objects, and asking what shape a town’s history, or go to the tip?

Susan Barling’s cement dress performance at the Kandos Museum was a fantastic example of taking something local and adding a new layer to it. A trained dancer now a local, she worked with musicians Kim Deacon and Robyn Godfrey in creating a new work. This is totally what you come to these events for.

Jaki Middleton and David Lawry’s kinetic sculpture A spoonful weighs a tonne in a pop-up on Fleming Street was a great piece that spoke about the cement fall-out that residents lived with. These artworks equally trigger thought and conversation, and allowed more space for the viewer.

There is another element here – the locals. You need to make it engaging for them otherwise the rhetoric of embeddedness countering the blow-in crowd is just lip service in a regional festival. This is where Cementa is teetering.

The most telling story, however, rests in the change room of the swimming pool performance. A woman said: ‘The performance was great, but what I loved most was that I can have a shower. We have no water at home on our farm.’

The stresses are palpable – both within the community and across the festival organisation. Maybe it comes down to saying that it is OK to close the café, and invite the staff to come and celebrate and be a part of Cementa – they deserve the break rather than to serve others. Bring them into the party.

Or is it better to couch this as a closed artist project, rather than try to grow it as a regional arts festival? I don’t know the answers. But at the moment, Cementa is caught between two things – both laudable – and it needs to decide what its future path with be. You can’t be everything to everyone.