Death by a thousand cuts: Is Australia’s Craft and Design sector in peril?

Can the Craft and Design sector recover from the recent AusCo funding cuts on top of COVID-19 setbacks? We speak with peak orgs as they reframe yet again.
Gina Fairley 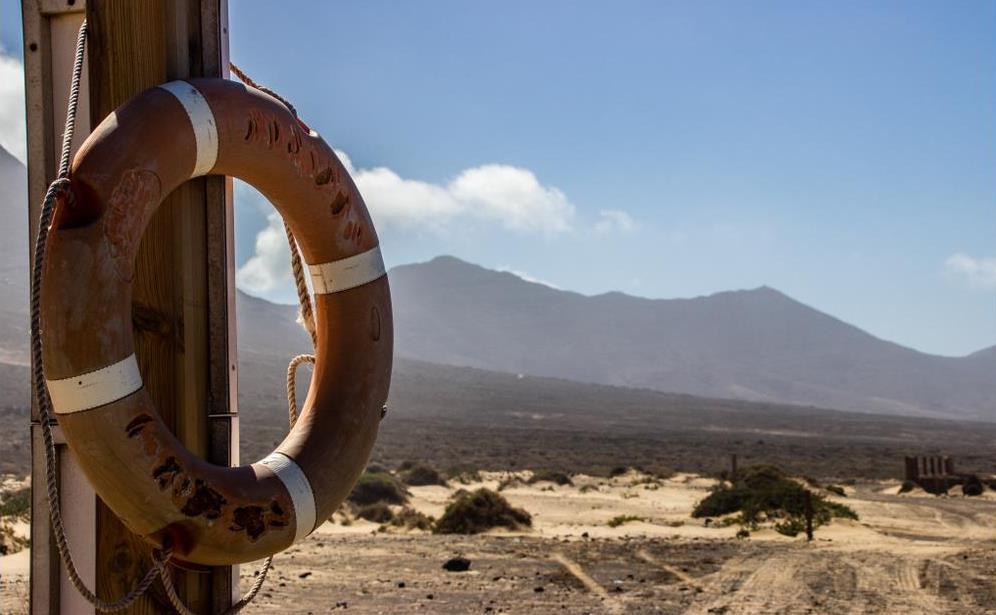 For many in the Craft and Design sector, 3 April was a dark day. Only three of the twelve organisations nationally received Four Year Funding (2021-2024) from the Australia Council for the Arts. They were: Craft ACT, Craft and Design Centre Inc (ACT), Design Tasmania Limited (TAS) and JamFactory Contemporary Craft & Design Inc (SA).

Rachael Coghlan, Craft ACT CEO and Artistic Director, explained: ‘The Australia Council has advised that the first year of funding from 2021 will be at a reduced level to enable arts organisations who did not receive continued funding to receive support through 2021. We welcome this decision.’

A number of organisations were offered Transitional Funding – 75% for a year to help them over the hump and plan for alternative funding. Canberra Glassworks Limited (ACT) and Crafts Council of Victoria Ltd (VIC) were offered this lifeline.

Julie Skate, CEO at Canberra Glassworks (CGW) told ArtsHub: ‘We have already changed in to low gear due to the [COVID-19] pandemic but will need to re-structure the organisation, and sadly reduce the number of opportunities for artists such as exhibitions, professional development workshops and perhaps lose completely our well regarded Artist in Residence program.’

Skate added: ‘Through this program we have been able to support artists who work with glass as their primary medium, like Tom Moore, Kirstie Rea, Kate Baker, Scott Chaseling and Clare Belfrage as well as introduce, teach and support artists like Maree Clarke, Tony Albert, G.W.Bot, Penny Byrne and Ken Unsworth.’

So artists, as well as the organisations, bear the loss – a trickle down effect that the small to medium sector know so well when things are lean.

While transitional funding might sound like a soft win, a cynic would say it is just putting off the inevitable for a year. An optimist would say, a year is better than none. The bottom line is, a year does not allow the kind of strategic planning and safety net Four-Year Funding allows.

The shock that cut deepest, however, was the list of organisations that got through the first hurdle of EOIs and were invited – indeed encouraged – to make a full application, only to come up dry. Among them was Australian Design Centre (NSW).

Lisa Cahill, Australian Design Centre (ADC) CEO and Artistic Director, described it as ‘shameful’ that the Australia Council was unable to fund an organisation to such a modest amount. They had applied for $325,000 per annum.

Cahill continued: ‘ADC was funded by AusCo as a Key Organisation (what Four Year Funding used to be called) until 2016. We lost this funding – which was $300K per annum – and since then we have worked extremely hard to make up ground to put us in a position to again be competitive.’

ADC is a great case in demonstrating how – in response to losing multi-year funding in 2016 under the Brandis cuts – they shifted their models, increased their focus, diversified income streams and sustained a tough period and continued to deliver.

‘We have weathered this for the past four years, consistently demonstrating excellence evidenced by the more than 25 project grants totalling almost $1.6 million from three levels of government (including the Australia Council) and philanthropic funds. We have increased our non-government self-generated revenue and supported over 4000 artists,’ Cahill told ArtsHub, questioning the criterion of “excellence”.

What Cahill doesn’t say – but is clear in her words – is the level of exhaustion that comes with keeping things afloat after losing sustained organisational funding. Four years one might manage, but another four is a tough blow for any small company.

‘It is a long time, but we are resilient,’ Cahill said.

ADC has received Visual Arts and Craft Strategy funding from 2021 to 2024, although at a 30% reduction on pre-2016 levels. And now in the face of re-booting an organisation post-COVID, that reduction does little to make up the losses of closure.

Skate is in a similar situation at CGW, which for for the last two years has made around 50% of its own income, the remaining funding coming from artsACT, VACS and Four Year Funding.

‘Our recent loss of income through retail, education programs and artwork sales has required a reduction in our exhibition and community engagement programs, which will require more severe cuts in 2021 with 30% less funding. And after that, we’ll need a complete rethink of our newly created Strategic Plan,’ Skate told ArtsHub.

When asked how they felt the Craft and Design sector would come out of these recent cuts and COVID closures? ‘Time will tell whether we are able to continue without support for our sector,’ Cahill said.

Coghlan added: ‘Many of the people whose applications were unsuccessful are our friends, collaborators and colleagues …These organisations play a vital role in the visual arts ecosystem which supports Craft ACT and I am sorry that they are now having to regroup and redirect their funding strategies in uncertain times.’

LIFEBuoY FOR A DRY CREEK

Sadly this has become a familiar narrative as small to medium companies across Australia face the double whammy of COVID fallout and no multi-year funding guarantee or a relief package for the arts to ride it through. The timing couldn’t have been worse.

‘The Federal Government needs to address this urgently before our sector collapses.’

In February this year I wrote that ‘Australian craft and design centres are tired of falling between the conversation cracks’. That comment came at a moment when ACDC had rebooted their network for greater visibility and value within a broader arts sector that is increasingly more dynamic.

At the time, Claire Sourgnes, CEO of Artisan in Brisbane said: ‘We have no glass blowing in the state, no tertiary education for craft and design, no furniture design course – funding has been pulled on all. As far as those legacy skills go, the value proposition is pretty clear.’

It is a much deeper story than a recent roll of belly punches – from the bushfires, to funding cuts, to Covid closures. Resources have been eroding from the sector over the last decade – a death by a thousand cuts, as the saying goes – as Craft and Design atelier-based education in both university and the TAFE systems has been cut, and left to commercial enterprises and small neighbour studios.

Skate told ArtsHub: ‘We have a massive skills shortage in the area of glass making. At our core, we provide a facility for artists to work in, full of equipment that they could not afford to buy, but they also need mentoring, upskilling and somewhere to exhibit and sell their works. While we are very appreciative of the support we get from artsACT, their funding only covers our massive gas and electricity bill – it is a very expensive facility to run – so without extra investment the next few years will be very challenging.

‘For the Craft and Design sector to remain viable we need a strong, skilled generation of artists and we need the tools to teach, celebrate and inspire them,’ she added.

The writing was on the wall as early as March 2013, when National Craft Initiative Research Report, Mapping the Australian Craft Sector, was released (an initiative between the National Association for the Visual Arts (NAVA) and the Australian Craft and Design Centres). It was to create strategic objectives for the sector through 2013-2015.

One of its key findings was that, ‘changes to education and training require new approaches’. It also found that, ‘as the nature of craft continues to evolve to embrace new and hybrid art forms, the supporting infrastructure of organisations and institutions needs to innovate to maintain relevance and support.’

Over the ensuing years we have seen what has been colloquially referred as a ‘craft boom’, with a robust makers movement reinvigorating the sector. Many of these Craft and Design organisations have reported exponential growth in their public programs, market days and shop sales since that initial report, but it is not enough to sustain an organisation’s operations.

But it is not all doom and gloom for the Craft and Design sector. Some orgs are still allowing maker access, and the sector has pivoted well online under COVID-19.

If anything, the rolling cuts have shown the sector’s capacity to diversify income streams, and has ridden the makers’ boom well. More recently, with the forced lockdown, crafts are showing their value within society.

Brian Parkes CEO of Adelaide’s JamFactory said: ‘I am very grateful to our many donors who have recently reconfirmed their support, and to the people who have purchased work from our shop in Adelaide, or through our on-line shop in recent weeks – this is so valuable for us and the artists and designers we support (including those who are continuing to work safely in our studios).’

He continued: ‘The impact of COVID-19 on JamFactory and on the broader craft and design sector has been significant and we are busy working through the challenges.’

Parkes celebrated his tenth anniversary with the organisation in the same week that JamFactory received news of its Four-Year Funding from the Australia Council.

Design Tasmania was also successful – overwhelmingly so – showing that a sustained commitment to Tassie art, craft and design has paid off. In a statement (4 April) the organisation announced it had received an Australia Council Four Year Funding for Organisations Grant and an Australian Government Visual Arts and Crafts Strategy National Priorities Funding and Arts Tasmania Organisations Program Funding Extension.

Claire Beale, Executive Director Design Tasmania said: ‘This is a major achievement in what is a very uncertain and challenging environment for the creative sector.’

In Canberra, Craft ACT reported it had also received its Four-Year Funding from 2021-2024, as well as Visual Arts and Craft Strategy (VACS) funding for the same period.

Coghlan said: ‘Most people whose work depends on the roundabout of applying and (if you are successful) acquitting grants, understand that applications are a huge amount of effort, often written outside of standard work commitments. At Craft ACT, we apply for many grants every year and often these applications are unsuccessful – so we are grateful that we received the certainty of four-year funding from the Australia Council.’

The conclusion is very familiar. The coffers are never going to be full, and government funding levels will never match the sector’s contribution to society. Despite the tough knocks, the Craft and Design sector has shown itself as a beacon of excellence in how to be resilient, collegiate, and indeed grow in that face of adversity. But this last round of funding has turned out to add insult to injury for people and organisations that have demonstrated true excellence.