More than half the applicants failed to receive organisational support from the Australia Council's four-year funding round, and 65 previously-funded organisations no longer have funding.
Deborah Stone
[This is archived content and may not display in the originally intended format.] 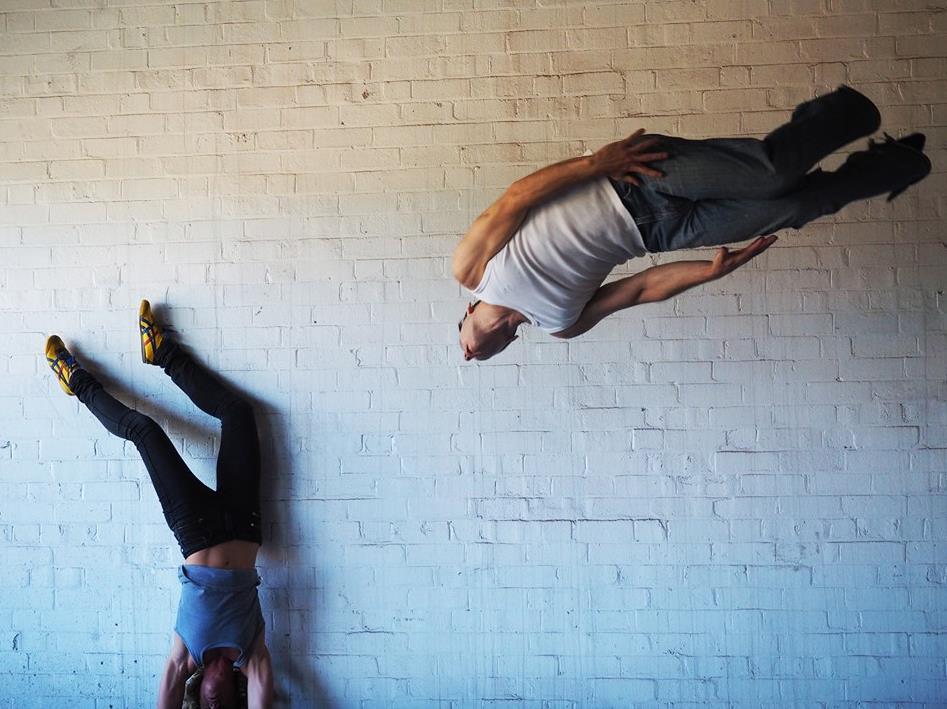 Image: Legs on the Wall

The Australia Council has chosen to fund 43 new among the 128 arts to have received funding, but rejected applications from dozens of established arts . There were 262 applications for the funding round.

More than  of the 147 who previously received funding now have no operational funding from the Federal Government.

Twelve of the 147 chose not to reapply for this funding round. Eighty-two received funding, and 53 applied and were refused.

Among the no longer funded are:

A full list of that have been funded is at the base of this article. The list of unfunded companies will be updated throughout the day.

The decline in the number of funded is a result of the loss of $60 million over four years from the Australia Council budget. Of that, $12 million a year went to the Catalyst program.

The timing of the announcement will be particularly galling, as it comes in a week when the Federal Government took its Catalyst expenditure to almost twice as much as is budgeted. not provide operational funding funding projects selected by the Ministry of the Arts.

The lack of funding for basic operations in of project funding means many now face an uncertain future and several are expected to close their doors. Some ArtsHub spoke to last night said they were too devastated to discuss the situation on the record. Others said they were determined to fight on.

ArtsPeak spokesperson and Director of Theatre Network Nicole Beyer Australia said, ‘This is an incredibly tough time for everyone in the arts sector. Information about the funding has been dribbling in over the last couple of days. We go from relief the news of a company that has been successful to sadness when we hear of really vital and outstanding that have missed out. Through all of it, we know that the Australia Council has been stretched. We know people will have been doing their very best in an incredibly difficult situation. There is a lot of support within the sector for those who missed out this time and everyone understands it is no reflection on the quality or importance of their work.’

Kath Melbourne of Legs on the Wall said the company was a victim of ‘political decisions behind closed doors’ that had taken essential funds from the arts ecosystem. ‘Sadly we are among many fine companies around the country, companies as strong in legacy and reputation as our 31 years has been, companies that have also not been funded.

She said ironically the loss has come when the company has had its most successful year in nearly a decade. ‘Legs performed multiple out seasons, broadcast its work to remote areas, toured and opened up the company to diverse new voices and innovative ideas.’

Arena Theatre Executive Producer Lee Casey and Artistic Director Christian Leavesley said in a statement, ‘Arena Theatre Company is devastated to not secure multi-year funding from the Australia Council for the Arts from 2017-2020 after 19 years of triennial funding. The cuts to the small to medium and independent arts sector are significant and will have a deep impact all levels.

‘We congratulate our friends and colleagues who have received and offer commiseration and solidarity to those exceptional companies who have not, particularly those in the youth arts sector who serve such an important and diverse audience.

‘Arena is a robust in its 50th year. The Company is reviewing its operations to adapt to these changes and to ensure that we continue to create inspiring and innovative theatre for young people.’

But he told ArtsHub he understood the disappointment in the sector. ‘We always acknowledge there is unfunded excellence and in this particular round it was highly competitive and there were many excellent that did not get funding.’

He said the four-year funding was only part of the arts ecology and that some of the unfunded companies have been and would be successful in project funding rounds at the Australia Council as well as from other sources which include councils, state and Catalyst.

Grybowski said decisions were not made on the basis of whether had been previously funded but he was pleased that a third of the were new.

‘In our consultation that was a persistent theme – that we too locked down, too difficult to penetrate for the new.

‘We are history-making. This is the first time we have been able to look at the sector as a whole. In realizing a culturally ambitious nation, it was critical that we looked at the whole sector. So much has changed. There are so many exciting new models.’

Read: Who are the new guard?

The Australia Council originally planned to make this funding round a allocation, a change designed to give arts more sustainable funding as part of the revamped strategic plan under the previous Government.

But after the Council lost $104 million over four years in the May 2015 Budget, it was forced to cut its program to four-year funding. At that time, it predicted that only 20 to 40% of the would be funded, which would have meant at best 58 .

In December 2015 Minister Fifield returned $8 million a year to the Australia Council. $12 million a year, down the Council told industry representatives that it would now be able to fund 50 to 90 .

With those predictions, 128 , sounds like . But for the 65 who no longer receive federal operational funding, the alternatives are few. Despite government attempts to increase sponsorship income, private funding of the arts is, at best, flat.

Labor Shadow Minister for the Arts Mark Dreyfus has said a Labor Government will return the lost funds to the Australia Council but Grybowski declined to say whether if Labor is returned on 3 July, the Australia Council will make additional multi-year operational funding available, saying the Council works with the government of the day.

The problems are particularly acute for South Australian companies such as Slingsby and Vitalstatistix which are also facing massive cuts in state arts funding.

In response, the South Australian government has announced a series of measure to help arts companies, through Arts South Australia, including suspending the need for an investment or funding partner in 2017, for local arts organisations (in current multi-year funding terms) affected by the Australia Council’s four-year funding outcomes, to enable them the necessary time to review their business models and strategic plans and consider alternate pathways for the future.

‘It’s unfortunate that the actions unleashed by former Federal Arts Minister Senator Brandis have amounted to the unilateral rupturing of the collaborative funding approach,’ said Minister for the Arts Jack Snelling.

‘Cutting Australia Council funding has undermined the established cooperation upon which State and Federal funding in Australia had existed. We, through Arts South Australia, will work with the arts sector, including major arts , cultural leaders and the small to medium sector to explore strategies that may foster creative collaborations and sector partnerships that support and enable the development and presentation of South Australian work,’ he said.

A briefing for South Australian arts is expected to be held in Adelaide today.

The Australia Council has allocated $112 million over four years to the successful and for the winning the news is good.

Grybowski said many of the newly funded are doing exciting work with different models. He cited dynamic work in Western Sydney and the Northern Territory, the Yirra Yaakin Aboriginal Corporation, the Jam Factory and collective as examples.

Aboriginal and Torres Strait Islander are big winners with 17 funded. well-supported were regional and remote , which received 25% of the funding.

Ten companies working with young people received funding, which will come as some relief after 10 of the 13 youth companies failed to receive funding in the December round.

Update: The Minister for the Arts Senator Fifield released the following statement on 14 May.

‘As the Australia Council points out in its media release regarding today’s announcement, “It was always intended that slightly fewer companies would be funded at a higher level”.

‘This strategic direction was developed by the Australia Council prior to last year’s federal budget.

‘The Australia Council’s funding contracts are for fixed and are not in perpetuity. funding rounds provide new the opportunity to apply for funding in a competitive environment, based on the Council’s independent assessment. A third of those receiving funding are new and a quarter of all recipients are in regional and rural areas. ‘