The battle for marriage equality in Australia is won but the fight for queer representation rages on.
Richard Watts 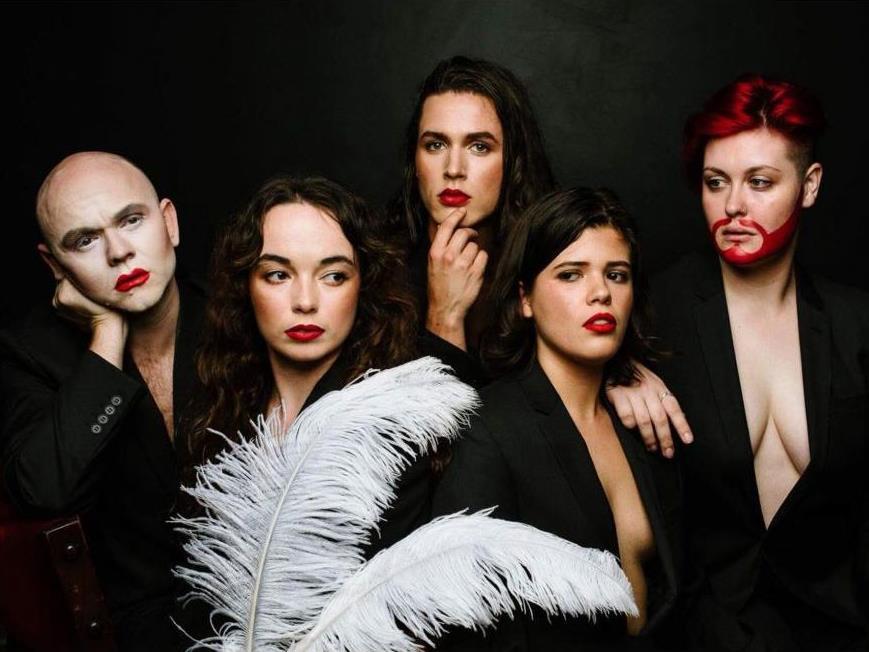 The Sui Ensemble’s La Silhouette is a creative response to Brisbane’s queer history. Image via brisbanepowerhouse.org.

Marriage equality in Australia came into effect on 9 December 2017, with the nation’s first legally recognised same-sex weddings held a month later. But equality was only achieved following a long, bruising and unnecessary public campaign that exposed the LGBTIQ community to venom, bigotry and public opprobrium. Nor does victory for marriage equality mean that the battle for LGBTI rights and representation has been won.

Today, 28 June 2019, marks the 50th anniversary of the beginning of the Stonewall Riots, a series of nightly protests by the patrons of New York’s Stonewall Inn – a gay bar populated by ‘the people who were too young, too poor or just too much to get in anywhere else’ – following a then-routine raid by the police.

The Stonewall Riots are widely, though erroneously, considered the catalyst for the modern gay rights movement. Globally, the queer community has come a long way since Stonewall, but such gains can never be taken for granted, as President Trump’s recent ban on transgender people serving in the US military all too easily illustrate.

Representation of queer characters in the mainstream media, including film and television, also remains contested, as demonstrated by US organisation GLAAD’s annual Studio Responsibility Index and Where We Are On TV reports.

Fifty years after Stonewall, it’s clear that visibility still matters – especially in the arts. Here, some of the many artists participating in the annual queer cultural festival MELT at Brisbane Powerhouse explain why they think queer art still matters in post-marriage equality Australia.

‘There are still many Australians who feel that their religion lends them the right to discriminate and encourage hateful words and actions against LGBTIQ “sinners.” There is a growing trans-exclusionary radical feminist (TERF) movement. Racism, sexism, ageism and ableism exist within queer communities. Why do we still need queer art?

‘Queer art interrupts normative cultural narratives. It pushes boundaries and unsettles the viewer. It challenges them with an uncomfortable, unfamiliar propositional space. The viewer confronts their own assumptions about the world and their own being in the world – by the ways of being and knowing that queer art generates. In this context, queer art begets the adjective “queering,” which means to reinterpret cultures through a queer lens.

‘Queer art (and its intersections and in-betweens) champions ambiguities, it champions the other. It brings to light the existence of the other, and by doing so, circumvents systems of erasure that seek to exclude queer-being-in-the-world and by extension, queer histories. Queer art performs an incursion into mainstream art and cultural spaces. Queer art is never about assimilation – publishing, licensing, censorship, political will and the homogenisation of queer culture (homonormativity) into mainstream all conspire to ensure queer histories have a shelf life and often disappear. Western society is tied up in orders of sameness – Queer art is about exploding the cultural narrative order. Why Queer Art? Oh, please.’

‘Queer art to us isn’t just about fighting – it’s about celebrating, remembering, representing, learning and connecting. We don’t have a history book, so we write our own with art. As a community, we don’t fight for our rights so we can “be just like everyone else” because we aren’t like everyone else! Real change only comes from a place of understanding. The way we can achieve that is through sharing our stories, through extending an invitation for other people to see into our past and our future.

‘Many of the battles still being fought by our queer family are intersected with race, gender, ability and access and these are important stories. Queer art is, and will forever be important, because without it we lose opportunity for sharing and understanding.  There is still so much queer art to be made now and forever, even if injustices against queer folk became a thing of the past, because there are no small lives, and no small stories to tell.’

‘I guess I will keep centering queer characters, and telling queer stories very purposely, until I no longer get asked for comments about why it’s important. For me the hope is that one day it truly will be passé, and we’ll all have gotten our shit together and be understanding and inclusive of all intersections of equality… which, sadly, won’t be in my lifetime. Now, I’m fully aware that quoting a musical is one of the queerest things I could do, but Lin-Manuel Miranda is on the money in Hamilton with the idea of legacy being about planting seeds in a garden you never get to see. We often underestimate the power of representation. We need all of the queer art. We do.’

‘Marriage equality is just a stepping stone on our path. Shifting gears to changing blood donation laws and ending HIV is more important now more than ever, and we have the tools to do so. We need to channel the ferocity of the Queer Pride spirit into all of our endeavours, especially queer art.’

‘Art is about sharing knowledge, forming opinions, listening, having discussions, having fun, experiencing together, learning, being brought in and spat back out again. It’s a direct result of the thoughts and feelings and actions of the artist. As a queer person, everything I do is queer. I’m drinking a coffee in a queer way. I cross the street (and get fined for J-walking) queerly. Every song I’ve ever written or will write; I’m typing this for you right now and this paragraph is queer. Everything I do, touch, say, write, how I exist, and therefore my art, is queer. We need queer art because queer art is us. And it’s up to us to ensure we are elevating those voices and art that are otherwise silenced or forgotten, throughout history and now.’

MELT runs from 27 June – 7 July 2019 at the Brisbane Powerhouse. Visit brisbanepowerhouse.org for details.