When to say no to sponsorship

As the climate crisis deepens, should Australian arts organisations reject sponsorship and donations from the fossil fuel sector?
Richard Watts 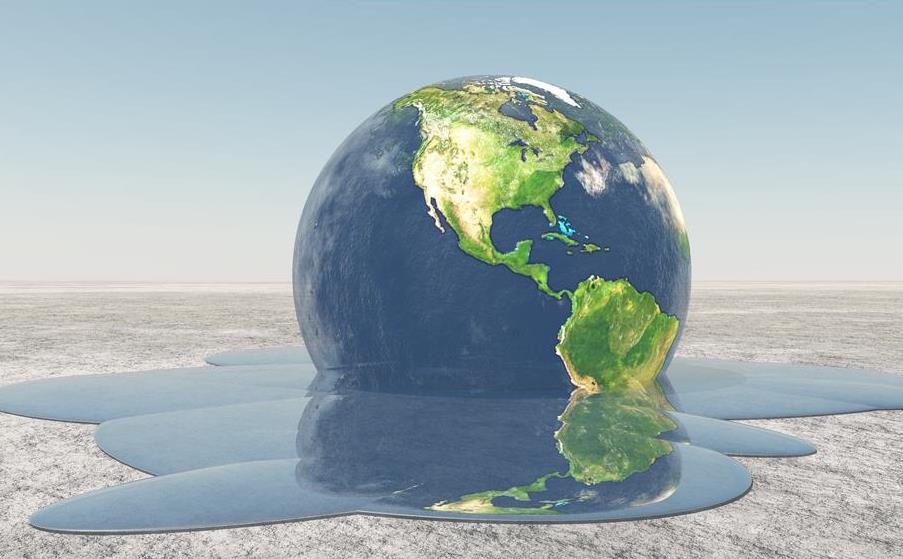 The climate crisis is forcing many arts organisations to balance their financial sustainability with that of the planet. Photo credit: Bruce Rolff/Shutterstock.

Our planet is under threat. Extreme weather events are becoming more common and much more severe. Here in Australia, bushfire season has lengthened substantially and bushfire conditions are much more dangerous than in the past. And from Bogong moths to muttonbirds, animal populations are in visible decline – signs of an ecosystem under threat.

In the words of the Climate Council: This is not normal.

However, for many Australian arts organisations and their donors and partners in the fossil fuel sector, it’s very much business as usual, despite scientific consensus that the climate is changing because of human activity.

But for how much longer? Can Australian arts companies continue to accept sponsorship from carbon polluters such as Wesfarmers (which has divested itself from coal but continues to extract liquefied petroleum gas and liquefied natural gas) in the face of a climate emergency?

Similarly, as the fragile state of the environment becomes increasingly clear, will audiences and artists continue to accept the existing relationships between arts organisations and mining companies like Rio Tinto and BHP Billiton?

Dr Julie Shiels is a visual artist and writer, and a member of activist group Extinction Rebellion. She believes the Australian arts sector needs to do more in the fact of the climate emergency.

‘Many organisations, corporates and other businesses are starting to examine their relationship with the fossil fuel industry because there is a really urgent need – and I know everybody goes “Climate emergency! Climate emergency!” but it really is very serious. The consequences of fossil fuels and their contribution to global warming are really becoming very obvious. So lots of boards are examining their relationship with the industry and there is a consensus internationally that we need to decarbonise the economy,’ Shiels said.

In the UK, the Tate parted ways with oil giant BP in 2017 after three decades of sponsorship, with the Royal Shakespeare Company and National Galleries Scotland recently following suit, due to pressure from climate change protestors. The National Theatre, similarly, has cancelled the corporate gold membership of oil and gas company Shell as part of their plan to become carbon neutral.

‘Fossil fuels are killing the planet. Here in Australia it’s particularly bothersome because this government is obfuscating and avoiding the issue and basically, whatever they do, they undo through other means, like land clearing. So any pressure, any movement towards a de-carbonised economy in this country is being driven by NGOs, churches and all sorts of organisations – and arts organisations need to play a stronger role in that,’ Shields told ArtsHub.

The arts sector’s reliance on and connections with the fossil fuel industry are examined at length in the following video, Fossil fuels + the Arts, part of a project by Victorian arts collective A Centre for Everything.

Fossil fuels + the Arts from Gabrielle de Vietri on Vimeo.

THE NEED FOR ACTION

To date, organised activism in the Australian arts sector has been more focused on human rights issues around the detention of refugees (as typified by the successful campaigns targeting the Sydney Biennale or the National Gallery of Victoria) rather than the climate emergency. But as artists and arts lovers become more aware of the need for urgent action on climate change, that is likely to change.

So will campaigns against the fossil fuel lobby’s partnership with the arts become commonplace? Devon Taylor, Executive Director of Melbourne’s Women’s Circus, is unsure.

Arts partnerships with the fossil fuel and mining sectors appear to be ‘very entrenched within our larger institutions – who really should be leading the way,’ Taylor said.

‘I would hope we see that change, but I think it’ll come from the small to medium sector and the independents first, as it often does – where they have more risk but less at risk in some ways, and are certainly less institutionalised,’ she said.

Taylor said she hoped to see more organisations develop principals and policies around ethical partnerships in the coming years, so that relationships with major carbon polluters in the mining and fossil fuel sectors become increasingly a thing of the past.

‘Hopefully it can become the kind of thing where collectively, the arts sector can gain the upper hand by pushing back a little, by boycotting or by publicly declaring their position – having ethical sponsorship policies that are freely available on everyone’s websites, and embedding this kind of activity in their strategic planning and program delivery,’ said Taylor.

With arts funding declining at a Federal level, Taylor is aware that arts organisations are increasingly under pressure to source incomes through corporate and philanthropic partnerships.

‘We’re a values-driven organisation and we try to match our values with our decision making, and that includes taking money from strange bedfellows. It’s an interesting time, I think; it’s a really tricky time, because we’re living in an age of austerity where actual funding for arts activities is diminishing rapidly. So you’re put in a position where you may have to decide between values and sustainability. And that’s a really difficult space to exist within, I think.’

Another challenge facing arts organisations is that it’s not just about who is offering to sponsor or partner with your company – corporate influence can manifest in other, less obvious ways.

‘The trick is that it’s not just about taking money, right? It’s also about people being in positions of influence within the organisation, like, having people on your board … and the capacity for them to influence and use their networks from that position of power,’ Taylor explained.

She notes that smaller arts organisations in particular may not have the capacity to fully research the connections and connections of seemingly benign individuals – a challenge given the deeply-entrenched influence of the fossil fuels industry in the arts ecology.

‘With our most recent show, The Drill, we had a couple of community partnerships and corporate sponsors for it, which has been fantastic, but how far do we dig? Like, from a capacity point of view, it’s a challenge … How far do I dig, you know, to discover that the Chair of someone’s Board is actually the former CFO of Rio Tinto? I think that’s a challenge for arts organisations. We don’t have enough resources. So sometimes you’re caught between a rock and a hard place when it comes to that decision to stick to your values and work in a sustainable manner,’ said Taylor.

Nonetheless, she urged arts organisations to do due diligence when it came to accepting overtures from would-be donors, sponsors and potential board members.

‘The fact is that through a partnership, you can bolster the perceived social credit of an organisation like BP, and I’m not interested in that kind of leveraging of our brand or our ethos and legacy. I don’t want to help bolster the public perception of a large corporation so that they can drive their profits and their CEO can have more of a kickback at the end of the year. That’s problematic,’ Taylor concluded.