We speak with five arts organisations that have all reached the middle age milestone, to try and glean the lessons for success in a notoriously impermanent sector.
Gina Fairley 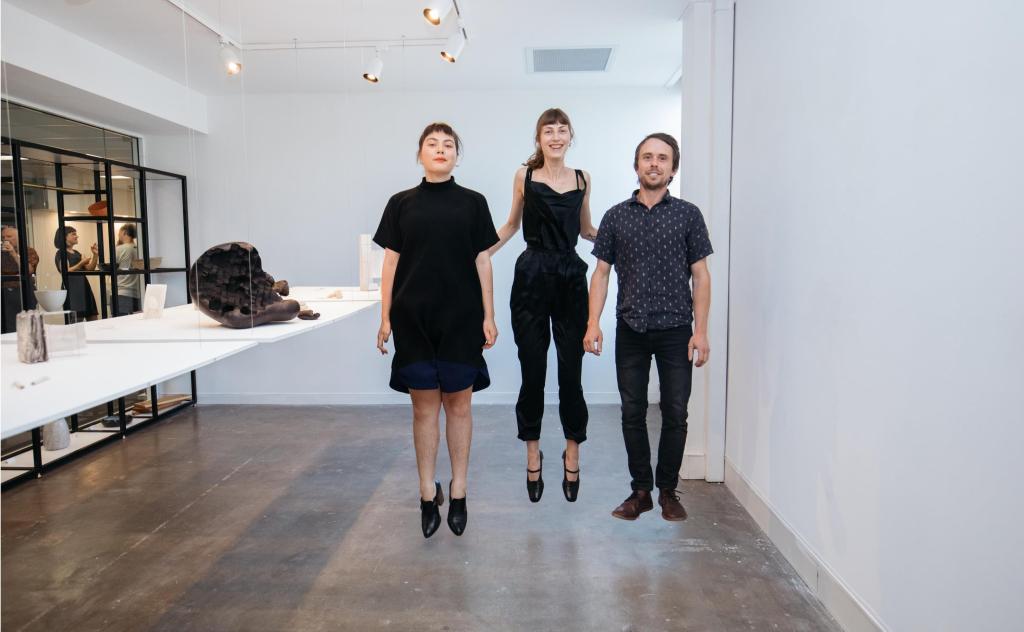 In Canberra, similarly, Craft ACT: Craft and Design Centre celebrates its 50th anniversary, while up in Brisbane, Queensland Ballet celebrates a whopping 60 years of delivering programs.

How did they manage it? And what is their advice to other arts organisations about hitting their middle-aged stride?

Rachael Coghlan, Craft ACT’s CEO and Artistic Director, put it simply: ‘In the arts, there’s no point simply doing what everyone else is doing or you’ll lose your relevance and appeal.’

Finding that point of difference is often difficult, given the organic way that many small to medium organisations grow under a string of people at the helm.

Lesley Harding, Heide’s Artistic Director, explained: ‘The arts organisations I’ve worked in have either evolved organically or self-consciously, or with some combination of both, and each approach has its merits.

‘Success at 40 relies as much on strong foundations as the ability to remain agile and relevant and avoid complacency,’ she said.

What is the secret to making it to ‘middle age’?

For several of the organisations we spoke with, community was key, with these milestones providing a great reality check on just how much strong community support has played a role in their journey.

Coghlan said: ‘A sense of community and belonging is at the heart of Craft ACT’s longevity … Each maker’s unique expression bonds us as a richer community, as it has since the organisation was established in 1971.’

Studies have shown that a sense of community increases happiness and health. ‘As a membership organisation, our community also brings value, meaning, opportunities and connection. … I believe [Craft’s community] is critical to the future of a vibrant visual arts sector in Australia,’ Coghlan said.

AICSA similarly is a member-run organisation. Julianne Pierce, AICSA’s Executive Officer, attributes their success to ‘maintaining strong communication and connection with members and our stakeholders. We prioritise collaboration, as well as working with our members to advocate for themselves and the sector.’

Because the organisation is vested in a whole-of-sector approach to build a robust arts industry, ‘this sense of collegiality has enabled AICSA to weather the cultural and political storms over the last thirty years and emerge stronger because of it,’ Pierce added, while an ‘increased understanding about what’s going on in the sector and its value/impact, has steadfastly guided us over the past 30 years.’

Li Cunxin AO, the Artistic Director of Queensland Ballet, said there was a simple secret to organisations ageing well.

‘I believe it’s important to have vision and aspiration, then you need to follow that up with plenty of determination and hard work,’ he told ArtsHub.

Anniversaries offer a moment to revisE

Anniversaries are not just moments for celebration; they are also an opportunity to regroup and revise. Why is that healthy for an organisation? And what are the questions you need to ask yourself?

Pierce told ArtsHub: ‘These milestones help an organisation to reflect on its contribution thus far and to set new ambitions for the future.

‘Asking tough questions and focusing on the opportunities, in the context of the challenges, was crucial for us to ensure that we continue to set our sights on progress. Even if incremental, we wish for it to be substantial,’ she said.

Similarly, Coghlan said that Craft ACT has always punched above its weight, and that small organisations like Craft ACT and AICSA can have bold ambitions, despite having experienced and survived uncertain times over its many years.

‘As we celebrate our golden anniversary, we ask, “How can we confidently embark on our next 50 years and ensure craftspeople and designers exist into the future?”’

Coghlan believes the organisation’s strength is its size. ‘We are small and agile, and to be honest we are familiar with operating – and thriving – in uncertain environments. This resilience has made us a dynamic, relevant and human organisation, which helped us to navigate the uncertainty of 2020 with confidence.’

Craft ACT has also used its anniversary as a catalyst for a new strategic plan, a process that Coghlan describes as building upon the lessons of the past with an entrepreneurial spirit that ‘taps into the global appetite to support the local, the handmade, the enduring’.

As the organisation prepares for its next chapter in a new location, Coghlan said Craft ACT will ‘introduce agile and collaborative ways of working using digital technology; foster professionalisation and entrepreneurship; promote the value of contemporary craft and design, and nurture collective wellbeing.’

‘‘These milestones help an organisation to reflect on its contribution thus far and to set new ambitions for the future. ‘

Piece echoed her passion for new approaches: ‘During our revisioning process, we asked ourselves questions that focused specifically around cross-industry collaboration, representation, engagement, and empowerment of the sector.

In 2020, AICSA engaged strategic consultant Kate Larsen to work with them as both a facilitator and outside eye.

‘As much as we hope to be a platform for short-term gains for the sector, AICSA also hopes to anticipate, identify and facilitate opportunities for conversation, innovation and imagination about the future of the arts in South Australia. As milestones, anniversaries spark these opportunities,’ Pierce said.

Lesley Harding noted: ‘Milestone anniversaries certainly tend to generate some healthy analysis and self-reflection,’ adding that the lead-up to turning 40 for Heide ‘has seen us working strategically on some exciting concrete business and master plans for the future of the museum.’

CCP’s Adam Harding added: ‘The idea of revision is very potent after the 2020 we all just shared; we have a new team and while we are looking out onto the bigger picture, 2021 will be a year of refinement informed by our members, audience and artists.’

Questions to solve to make it to middle age

Some of the big questions put forward by the group were:

Ruth Maddison: It was the best of times, it was the worst of times, Centre for Contemporary Photography, 25 February – 18 April 2021

How do you stay fresh?

Sometimes it is easier to just keep the well-oiled wheel turning. And while that might promise efficiency, it also means your organisation may become stale – and worse, feel stale to audiences.

Coghlan said the best way to beat middle-aged complacency was by investing in your people. ‘Improving salaries, conditions, facilities and development opportunities … burn out is all too common in the arts.’

It was a view shared by Lesley Harding. ‘In an art museum, as curators and directors come and go, so too does the shape and style of the offer shift and change … An institution necessarily reflects the areas of interest, both conscious and otherwise, of the people developing the program. At Heide we have worked hard in the last couple of years to expand those views and open up to include new and alternative voices to those of the creatives on staff.

‘It is especially important to us to nurture tomorrow’s art professionals, who bring their own ideas and interests, as well as networks, to freshen and enrich our program,’ Harding said.

Coghlan said that a smaller scale means you are forced to stay fresh. ‘Because we are small, we are free to experiment with new ideas which might not be as possible to trial without risk on a larger scale. It’s good practice and good business.’

She continued: ‘If a program is becoming stable, popular, and expected, we might change or retire it… We force ourselves to “kill our darlings”’.

‘If a program is becoming stable, popular, and expected, we might change or retire it… We force ourselves to kill our darlings’.

With maturity also comes a confidence to ask, Pierce said. ‘AICSA has got better at making direct requests.’

Last year AICSA made a case to the Government, as well as the Legislative Council of South Australia’s Budget and Finance Committee, for an additional $10 million to be invested into the arts and cultural sector in South Australia in a post-COVID environment, ‘in order to address key survival and recovery priorities and to bring South Australia’s response up to an equivalent per-capita investment with other states,’ Pierce said.

Their argument was successful, and the funds announced in September 2020.

At the Queensland Ballet, Li Cunxin said he ‘loves the feeling of being challenged and stretched’.

He added: ‘During COVID we had time to reflect on what was important to us as an organisation.’

It provided an important moment to recognise everyone from ‘donors to season ticket holders; everyone who has supported us has played their part’.

Li Cunxin reminds us that as organisations, we are our people and our supporters. He also believes it is important to be a disruptor within your own orgnisation to stay fresh.

‘We are in constant pursuit of excellence. We need to be constantly improving our performances and pushing the boundaries. Not only have we been looking for ways to push boundaries, but more than ever we need to be thinking outside the square. We need to be resourceful and adaptable,’ he said.

Adam Harding added: ‘There are some parts of the organisation that I would love to cruise along like a well-oiled machine, but yes, it all can’t be all of the same all of the time.

‘For CCP we still go out to our community to develop our program …They move us, they make us reassess, they disrupt us from what we thought was the path,’ he concluded.