It’s no secret there's a lack of government relief for the arts sector in the wake of COVID-19, but how bad does the picture look, and where is value in the arts best placed across the states?
Gina Fairley 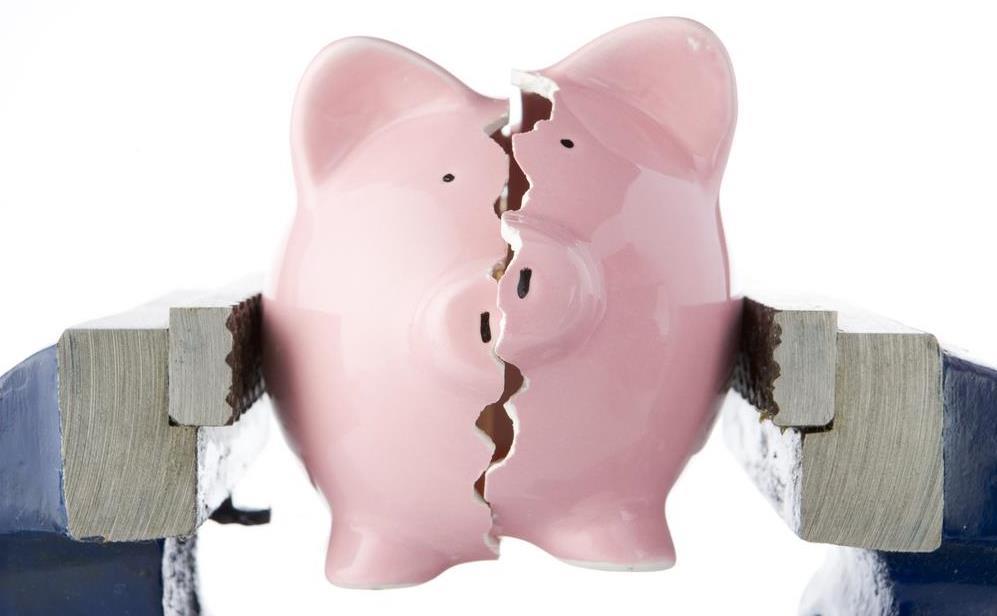 Arts funding does not fall equally for the States. Image: Shutterstock.

On 19 March, Australia’s State and Federal arts ministers met to discuss the impact of the COVID-19 on the arts. Now, seven weeks later, some states are still grappling to formulate realistic relief funding or recovery strategies for the sector.

It has hardly been a rapid response. One might suggest that the dribble out tactics have been an attempt to diffuse the impact of the meagre support, or worse still, a kind of hold-off lag sending the message, ‘Damn, must we?’

With the announcement this week that Australia’s premier multi-arts organisation Carriageworks (NSW) had gone into voluntary administration, the stark reality of the sector’s precarious position has hit home. Truly, the lack of emergency support for the arts by the majority of State governments – and especially the Federal Government – is appalling, given that this is a $111.7 billion industry (2016-17) which drives tourism into the states and supports community wellbeing.

In light of this situation, ArtsHub has conducted a state-by-state audit of new funding and relief support from governments in order to see the real value each state places on the arts and cultural life, beyond the vapid celebratory banter and rhetoric.

Collectively, Victoria’s creative and cultural industries contributes almost $22.7 billion in annual gross value to the Victorian economy – which represents eight per cent of the total Victorian economy (2017). The arts generate $1.4 billion annually in exports and attracts around $1 billion in cultural tourism for the state.

Making the Sunshine State proud, the Queensland Government was the first to roll out support for the arts sector. On 18 March it announced an $8 million relief package, including rent relief and a 12 month extension of current funding.

‘To provide certainty for the sector, companies that are current recipients of the 2017-2020 Organisations Fund, will be guaranteed a further 12 months’ funding at current levels to December 2021,’ said Queensland’s Minister for the Arts, Leeanne Enoch.

Arts Queensland waived rental payments for tenants based in Queensland Government Arts facilities through to December 2020.

On 25 March, Enoch announced a further $2.5 million in support; money both reallocated from existing funds and funding bought forward. The package includes:

80,000 Queenslanders work in the culture and creative arts sector.

It could be said that NSW has shown its true colours during COVID-19’s stimulus rounds, continuing to struggle through bureaucracy and bungles rather than offer decisive action for the arts and cultural sector.

Then Minister for the Arts Don Harwin resigned from his role on 10 April, for disregarding COVID-19 restrictions, with Premier Gladys Berejiklian assuming the role.

It took a further three weeks before Create NSW announced COVID-19 support for the NSW small-medium arts and screen sector on 28 April. The announcement included new funding initiatives and the repurposing of existing funding totalling $6.34 million.

Key elements of the package include $1.68 million in new funding as listed below:

The package also offered rental assistance (over $1 million in relief for 38 arts organisations housed across the Create NSW property portfolio for six-months); over $2 million in Round 2 of Create NSW’s standard program of grants (not new funding); and over $1.5 million through existing screen funding programs (again, nothing new).

While the Creative Industries Economic Profile in June 2013 valued the NSW arts sector’s contribution at over $36 billion, a report commissioned by Create NSW (released December 2018) assessed the economic value of arts, screen and culture to NSW as contributing approximately $16.4 billion ($8.7 billion direct and $7.7 billion indirect) (2016-17), and involved the full-time employment of over 118,000 workers (82,400 direct or FTE, and 36,400 indirect).

A lack of clarity appears to be the only thing consistent in NSW.

The WA Government via Duncan Ord, Director General of the Department of Local Government, Sport and Cultural Industries, decreed on 23 March that all cultural and art institutions were to be closed. An announcement of support for the arts, however, did not come for another month.

The total package of $14 million towards event cancellations, however, was to be divvied up between not-for-profit arts, sports and community organisations – with the arts assigned ‘up to $5M’.

A further $25 million, through Lotterywest, is available to organisations to help maintain staff, pivot operations, develop new ways of working, and build resilience for recovery. Arts organisations are eligible to apply but are not exclusive to these monies. Up to $8 million for relief to culture and arts organisations.

This week (5 May), DLGSC announced that it would relax targets, bring forward payments and simplify reporting for existing funding through the Major Performing Arts (MPA) program and the Arts Organisations Investment Program (AOIP). No added money was brought forward, but permission to repurpose grant money was given.

DLGSC has consolidated all remaining unallocated funding towards the Arts U-15K and Contemporary Music Fund Grant Program (U-15k category), to ensure that independent artists who are not able to access the Lotterywest Relief Fund, can apply.

In order to fund this initiative, DLGSC has suspended many arts and culture funding programs that are currently open, due to open, or for which funding applications have already been written and submitted – a decision which has caused considerable dismay among WA artists and arts organisations.

The WA arts sector injects $10.6 billion to the state economy and employs more than 42,000 people, with 87.8 per cent of the State’s population attending arts and cultural events annually.

Since publishing this article, the DLGSC has advised ArtsHub that it has contributed $2.5 million via the Screen Industry Sustainability Package through Screenwest, and
is also absorbing nearly $3m in-kind in venue support and arts tenancy relief.

The South Australian Government, through Arts South Australia, moved quickly in the early days of lockdown and made available a targeted support package of $1.5 million for the arts and cultural sector. A week later that was topped up to $2.5 million.

Arts South Australia has re-configured its available grant funds to assist artists and organisations to respond to the immediate pressures under COVID-19. They are:

The new initiatives have been welcomed by the Arts Industry Council of South Australia (AISCA) which said in a statement:  ‘While AICSA is pleased with the South Australian State Government response … only the Federal Government can provide the level of investment required to ensure a future for arts and culture in Australia, including South Australia.’

Adelaide’s 11 major arts festivals alone brought more than $109 million into the state economy in 2018, up 27.7% on the previous year.

The NT Government will deliver a $2 million re-prioritised funding program to support the Arts, Creative and Screen Industry sector. For Arts and Creatives, a focus on artists, arts groups and not for profit arts organisations has been developed through four programs:

The arts and culture sector employs over 35,000 in the NT (2016) and generated around $20 million in direct income. There are 36 arts and culture festivals alone, presented annually in the Territory each year.

TASMANIA: THE BEST PER CAPITA

On 27 March, Minister for Arts, the Hon. Elise Archer announced that the Tasmanian Government would support the arts with a package that provides new funding of $1.5 million and new operational measures of over $2 million to support the individuals and organisations leading Tasmania’s cultural sector. The new funding included:

But that was not enough for the small southern state. A month later (20 April) Archer further announced that $110,000 had recently been expedited and awarded through Arts Tasmania’s latest funding round. The arts are also eligible for small business emergency supports grants program of $2,500, drawn from a pool of $20M in relief funding.

The cultural and creative industries in Tasmania contribute around $179 million a year to the economy and employs over 5,000 Tasmanians.

artsACT’s website says: ‘The ACT Government recognises the immediate support needed for Canberra artists who have lost their income and ability to maintain their arts practice as a result of COVID-19’, adding that it ‘remains flexible and ready to respond when we need to’. The response has been slow in coming.

To date, all it has rolled out is HOMEFRONT a relief package for Canberra artists to support arts development and the sustainability of their arts practices over the next six to nine months with up to $10,000 per artist.

Over 370 applications were received and funding has been provided to 66 successful recipients, totalling $503,586. That accounts to 17.8% only of an expressed need through applications.

Additionally, the ACT Government through artsACT will provide up to $500,000 in funding to the head-licensees of arts facilities to enable the waiving of fees for sub-licensees for six months. It is anticipated that this will support 65 smaller arts organisations.

This was followed up with the announcement of $1M for ACT’s key arts organisations. Eligible organisations include Megalo Access Arts, PhotoAccess, Music For Canberra, The Street Theatre, Canberra Symphony Orchestra, Canberra Glassworks and the Canberra Contemporary Art Space. Applications close 22 May.

On a standard years, the ACT government distributes about $5 million to key arts organisations.

In 2012–13 the direct output of the arts and cultural sector in the ACT was estimated to be $974 million, of which the arts were responsible for $361 million, while the value that the sector directly added to ACT’s economy was $426 million. Spending through cultural tourism was estimated to be worth $855 million. An updated figure in 2018 noted that 69% of Canberra’s visitors were nternational art tourists.

In 2018 alone, the ACT live performance industry generated total revenue of $27,848,747 through ticket sales. Canberrans spend approximately $71 per week on arts and culture, which is a higher per capita level than other capital cities, and the ACT has the highest cultural participation rate (45%) than any other jurisdiction in Australia. Data source.

There were 11,864 persons employed in the cultural and creative sector as their main job in the ACT in 2016, and as of  June 2018, the ACT had nearly 2,862 active businesses in the cultural industries.