Mixing circus, puppetry and the odd fart joke, the Dummies return with a show that takes you camping even when you can't find a spot for the tent.
George Dunford 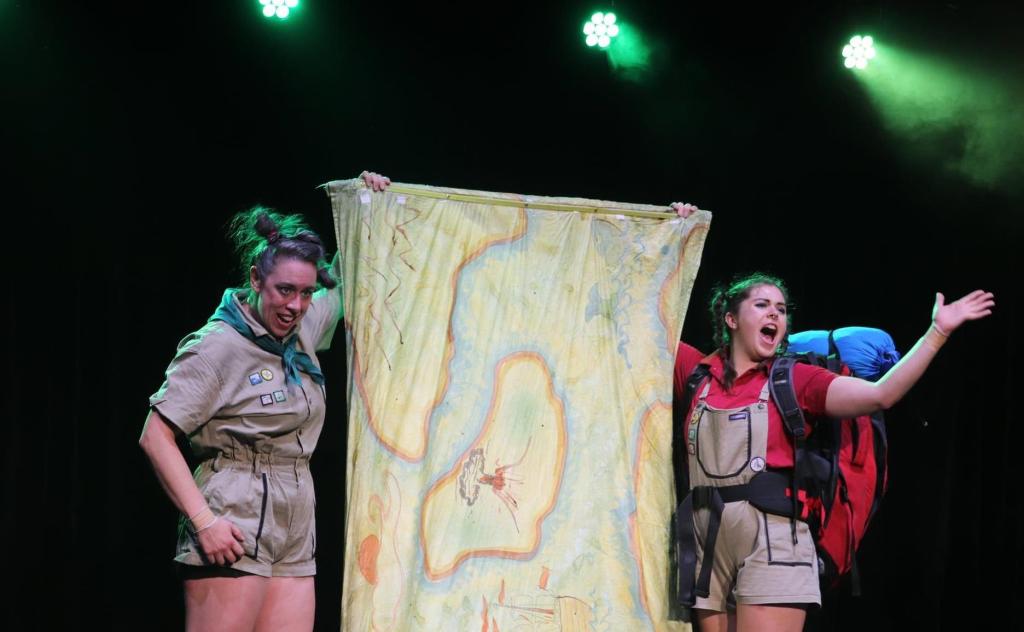 The Dummies find getting lost is half the fun. Image Ben Weinstein.

Camping is a pain for most parents – bundling everyone into tents, hiking into the middle of nowhere to get away from it all and all the while fighting off flies. With Don’t Mess with the Dummies you get the best and worst of camping, all inside the Famous Spiegeltent. And they supply the flies.

Riffing off the great outdoors means there are plenty of cheekily done set pieces – pitching the tent turns into a hoop sequence for Shona Conacher, while the quest for more bananas becomes an inventive trapeze piece for Sarah McDougall. Rounding out the all-female trio is Ellen Henry who bounces across stage chasing those flies and dancing in a sleeping bag. All three women wear khaki, scout-like outfits that make it feel like a great expedition into silliness.

The inventive use of sleeping bags as giant miming puppets is a crowdpleaser for pre-schoolers through to younger primary school aged kids. To avoid the ‘fidget factor’ of kids getting bored the performers keep it pacy, changing music styles and flipping through circus skills. Packing the backpack turns into tumbling; gorging on popcorn becomes juggling as the three performers put a hilarious spin on camping. They keep the characters kiddish – silly, chasing food and turning everything into a game – so there’s lots of relatable laughs for parents.

At times the Spiegeltent’s standard staging (with audience seated semi-in-the-round) doesn’t work with some screen-based sight gags like the use of the map to hide behind, which worked better for the front-on audience. The show moves quickly through these moments as it finds its way in a unique space. Don’t Mess with the Dummies juggles circus and the ridiculous in a show that delivers a backpack full of giggles.