Indigenous Arts, Regional Arts and Support Act are the recipients of a targeted multi-million dollar package for the arts, but many still fall between cracks.
Gina Fairley 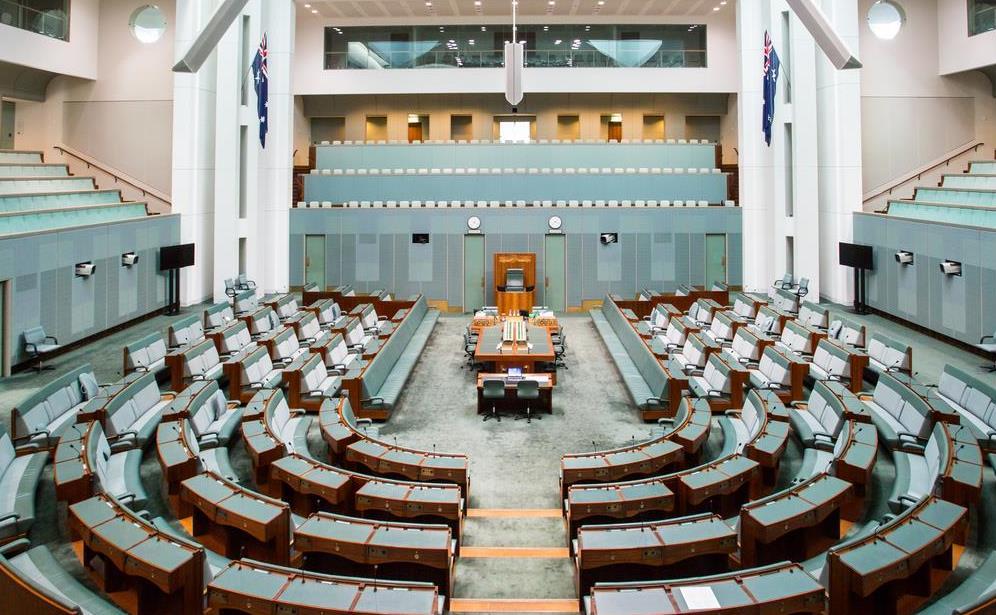 In a statement this morning (9 April), Minister for Communications, Cyber Safety and the Arts, the Hon Paul Fletcher’s office said: ‘To help the Arts sector deal with the devastating impact of COVID-19, which has seen performances cancelled, venues closed and many performers and crew hit by the loss of gigs, the Morrison McCormack Government is committing $27 million in targeted support across three particularly vulnerable areas of specific need.’

These targeted measures come on top of the Government’s JobKeeper initiative and expanded JobSeeker payment.  The statement outlined:

JobKeeper is expected to deliver support to arts organisations, allowing them to keep workers on the payroll and connected with the organisation, while the JobSeeker payment means some arts sector workers who have lost their income are eligible to receive $550 a week, with a removal of the usual assets test and waiting period.

Since these two plans were announced, the arts and culture sector has repeatedly petitioned government, identifying that many in the sector “fall between the gaps” of both schemes, leaving a sector that was hit first, decimated.

Minister Fletcher thanks the cultural and creative sector leaders for their ongoing and close engagement with his office. ‘The many views from across the arts sector have helped inform these specific relief measures announced today and the tailored support being provided.’

But was it enough?

While the additional funds are a relief to some, Labor and the Greens amendments to Jobseeker and JobKeeper were voted down last night. To quote Shadow Arts Minister Tony Burke on Twitter: ‘A $50 billion industry dependent on gatherings is shut down. It’s workers are largely ineligible for the wage subsidy. And this is the response? Live sector asks for $850m, gets $27m.’ 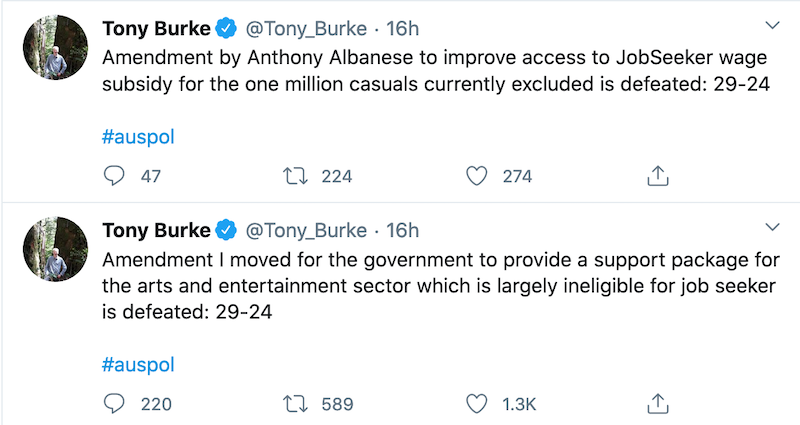 Live Performance Australia (LPA) Chief Executive, Evelyn Richardson responded in a formal statement, ‘Much more must be done, and time is running out.’

She continued, that while the measures announced so far by the Commonwealth, state and territory governments to support the live performance and cultural sector were helpful, they were still several hundred millions of dollars short of what was needed if the industry was to have any prospect of surviving the pandemic phase.

‘Governments still haven’t come to grips with the scale of the devastation that has been wreaked across our world class $4 billion live performance industry. We were the first impacted and will be the last to come out…Additional targeted measures are urgently required and a ‘Bounce back’ plan is going to be vital, said Richardson.

Support Act have come out in support of today’s announcement, with Chairperson Sally Howland  said the funding will ‘provide short term financial support to those artists, crew and music workers who fall through the cracks for any reason and are unable to access Government Benefits.’

Howland continued: ‘Despite dozens of online fundraising campaigns by hundreds of artists over recent weeks, the organisation has been stretched to the absolute limit by these cries for help so today’s announcement will be a game changer for the entire music community.’

A WORD FROM THE MINISTER

The sector has long been waiting to hear how the Federal Government was to support the arts and culture sector.

Minister Fletcher said of last night’s announcement of a three-pronged targeted package: ‘Indigenous art centres and fairs are often major drawcards for tourism and local economies, and without this activity many communities have been severely affected. Artists and regional arts organisations are feeling this pain too and we know that this additional relief is needed. The funding available through the Indigenous Visual Arts Industry Support program and Regional Arts Fund will help support artists and creative and cultural activity over the coming months.’

Richardson agreed: ‘It’s absolutely critical that we support our First Nations communities at this time of crisis to protect our Elders, to preserve our cultural knowledge, to ensure our song lines, stories, skills and assets survive.’

With regard to the support directed to the performance industry, the Minister said: ‘Our live performance industry has also felt the impact of closures and cancelled performances. The charity Support Act will receive funding to immediately bolster its incredible work providing crisis relief to artists, crew and arts workers across the arts sector who have been affected by cancellation of gigs and performances across the country. We have chosen to back Support Act, and I hope that others consider contributing to this worthy cause too – if they are able – to help extend the important work it does even further.’

Richardson added the further warning: ‘It’s also very important that we invest in mental health services, particularly those that target our industry and which can alleviate some of the burden from other services which will be in high demand across our country.’

‘Our industry will need much, much more in the form of direct assistance from all levels of government if we are to have a live performance industry of any scale following the pandemic crisis,’ concluded Richardson.