How the personal is political when it comes to writing memoir

Writer and essayist Zoya Patel joined memoirist Bri Lee at this year’s Melbourne Writers Festival to discuss how personal work inevitably becomes political work.
Andrea Simpson
[This is archived content and may not display in the originally intended format.] 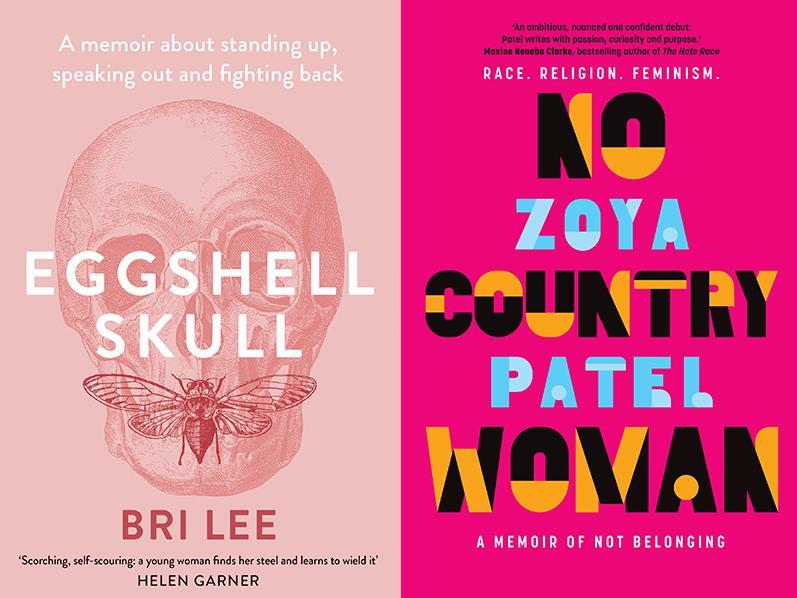 When it comes to telling personal stories Bri Lee author of Eggshell Skull, and Zoya Patel author of No Country Woman both agree that personal experience is intrinsically affected by the larger social and political structures in which we inhabit.

‘I can only speak for myself, but my experience is shaped by my surroundings,’ said Lee at the 2018 Melbourne Writers Festival panel The Personal is Political hosted by writer and essayist Shu-Ling Chua.

Lee continued: ‘Simultaneously, I’m aware that I have a part to play in either perpetuating or stopping what I don’t like about my surroundings.

‘In every facet of my life my personal choices are political, and they just compound upon each other to create the world around me. I think about that a lot in terms of my responsibility in a very immediate sense – and how I listen to the people around me.’

Founder of Hot Chicks with Big Brains, a quarterly periodical publication, Lee’s memoir, Eggshell Skull, is written from her perspective of a judge’s associate, then as a complainant in her own case. Lee’s memoir tracks her journey through the Australian legal system. The injustice Lee witnessed, especially for women, compelled her to confront her own personal history.

An advocate for change of Australia’s legal system, Lee said: ‘When I hear that saying “The personal is political,” it’s a great source of comfort and a great challenge to remember that what I do on a daily basis can affect and is also affected by the powers at play.’

Zoya Patel,  the founding editor of online journal Feminartsy, an online feminist literature and arts journal, discusses and dissects her experiences of race and feminism in Australia in her memoir, No Country Woman.

As a Fijian-Indian-Australian, Patel migrated to Australia at the young age of three. Patel examines her feelings of growing up in a multicultural society with monoculture tendencies – where migrants, people of colour and First Nations people are barely represented in the media.

‘A few people said to me, at different points in time, that it was interesting that I was so pre-occupied with identity and race,’ Patel told the audience.

‘Someone said to me “There’s a lot of navel gazing” [in No Country Woman]. And that was the moment when I was like “Oh, right, this is why the personal is political,” because as a white Australian you fundamentally don’t understand why a person of colour would spend an entire lifetime thinking about how their skin colour and their cultural identity has affected every aspect of their life.

‘From the schools that I went to, to the jobs that are available to me, to the way people on the street treat me – that’s how the personal is political.’

The role of language in a defective system

In a legal sense, Lee explained that the theoretical principals of Australian courtrooms allows for open access; a fundamental right of people to view ‘a trial or a sentence and see justice being done’. However the reality is far more convoluted.

Lee said, ‘Anyone could step into a courtroom and have the right to be there and listen, but the professionals are speaking in such un-necessary jargon so often that basically there is no access. If you’re talking in a language that somebody can’t understand, it doesn’t matter that someone is in the room – that’s not access to justice.’

Lee gave an example of a rape trial where the jury ‘will write a letter to the judge asking: “Can you please define consent?”.

‘The jury have clearly been talking about this, really trying to do their best with the information they have been given. And the response they get is so complex and so full of jargon, and also is so flawed – it is absurd to think that the really specific choices we make about the way we explain a concept like that to a jury doesn’t have an effect on their findings of fact.’

Patel agreed, sighting the hierarchies that are created between language and the understanding of language, and what it says about the individual.

‘To me Bri’s description of that legal jargon is almost like a deliberate barrier to keep legal knowledge in the realm of the elite,’ said Patel.

‘It’s similar to what I write in my book about the way that English, and proficiency in English is seen as a marker of not your ability to speak English but as a marker of your intellect. As a migrant I find that really troubling, and frustrating.’

Lee added: ‘The language that we use is obviously so critical in making sure we get that as right as possible. It’s incredibly frustrating to see how the system we have arrived at, at the time of invasion comes from such a sexist place, as well as being classist, and racist.

‘It’s really frustrating that most people would acknowledge that our laws and our legal systems are supposed to constantly update with the views of society, and yet what I see is that it’s currently lagging so far behind and people are just still panicked of anything other than the status quo.’

When writing personal stories intention is at the crux of the matter. Patel explained that as a non-fiction writer she writes from a subject position that is clearly built out of her own experiences.

She said: ‘I think it would be really inauthentic and insincere to not write about the way in which I have benefitted from the violent oppression of Indigenous Australians – that would be telling a particular story and not the full story. So I had to acknowledge that history. And also to note that any oppression people of colour face in Australia as immigrants is in no way the same, or to the same extent that Indigenous Australians face.’

Patel emphasised that ‘any kind of movement towards racial equality [in Australia] has to be grounded in reconciliation. I try to write from the perspective that is grounded in my own experience, but I think it would be unethical to not represent as much of that truth as I can.’

This conversation was derived from the 2018 Melbourne Writers Festival: The Personal is Political: Bri Lee & Zoya Patel.