Entries for Ravenswood Australian Women’s Art Prize 2021 are now open with the virtual exhibition to stream again next year, after its success boosting artists' profiles internationally this year.
Sabine Brix 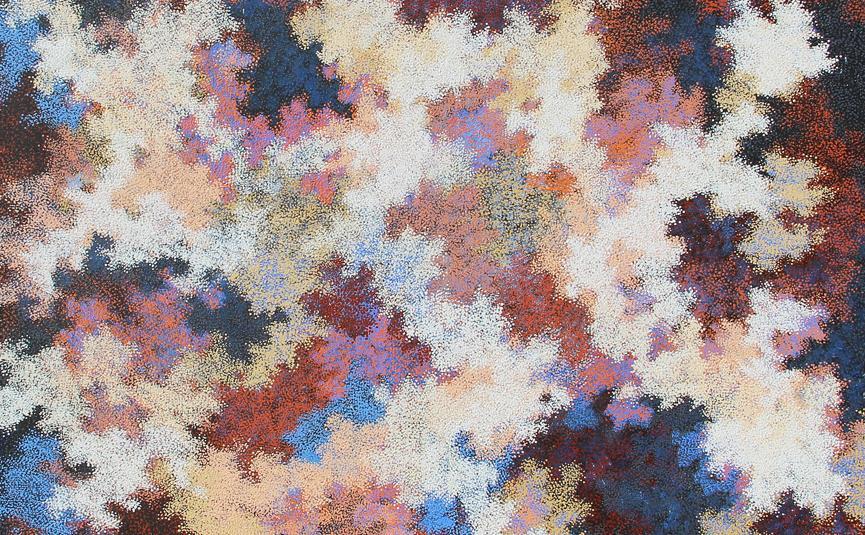 Although COVID foiled plans for many organisations, some were able to turn the disadvantage into a fortuitous experience – Ravenswood Australian Women’s Art Prize was one of these.

Initially due to go ahead in May 2020, the prize was deferred to November 2020 due to Sydney’s lockdown. It launched as both a virtual exhibition and opening event, which Ravenswood Visual Arts Coordinator Edwina Palmer said was the right decision to make at the time.

‘We decided to run the prize later this year in the hope we could get maximum exposure for the artists,’ she told ArtsHub. ‘The online opening meant the entire event reached a global audience.’

It has also allowed artists in remote areas to attend the national event virtually, including this year’s Professional Artist winner Vicki Cullinan, who comes from APY lands in remote north-west of South Australia.

‘We’ve had lots of comments from artists who were able to view their work and really loved the fact that it was a virtual exhibition,’ Palmer said.

One of the biggest drawcards for entrants continues to be the fact that there’s no theme artists must adhere to, and the focus on women, in addition to the generous prize pool of $45,000.

‘It’s a fairly unique prize in the way that it’s set up,’ Palmer admits. ‘It’s open to such a wide population of artists and approaches to art, so it’s got a real diversity that you don’t see in some of the other prizes.’

‘A prize in itself isn’t changing the world, but it’s adding to change; it’s complementing change.’

Since its inception in 2017, entries have surged from 789 to nearly double that with 1,388 applicants this year.

This year’s entrants submitted work that spoke to some of Australia’s most pressing issues over the last year including: climate change, the fragility of nature, the devastation of the environment and the colonial attitudes to Indigenous people.

Palmer said the importance of a prize such as Ravenswood cannot be underestimated, especially at a time when there’s more recognition for female artists than ever before – and particularly when we look at this year’s blockbusters, Know My Name at National Gallery of Australia, which put women at the forefront of some of our biggest institutions.

She concluded: ‘A prize in itself isn’t changing the world, but it’s adding to change; it’s complementing change.’

Entries to the 2021 Ravenswood Australian Women’s Art Prize are open from 1 December – 3 March 2021.