Racism is a problem we all share, but only a few face

This major exhibition at Cairns Art Gallery explores the impact of colonisation by bringing together the shared experience of South African and Indigenous Australian artists.
Gina Fairley
[This is archived content and may not display in the originally intended format.] 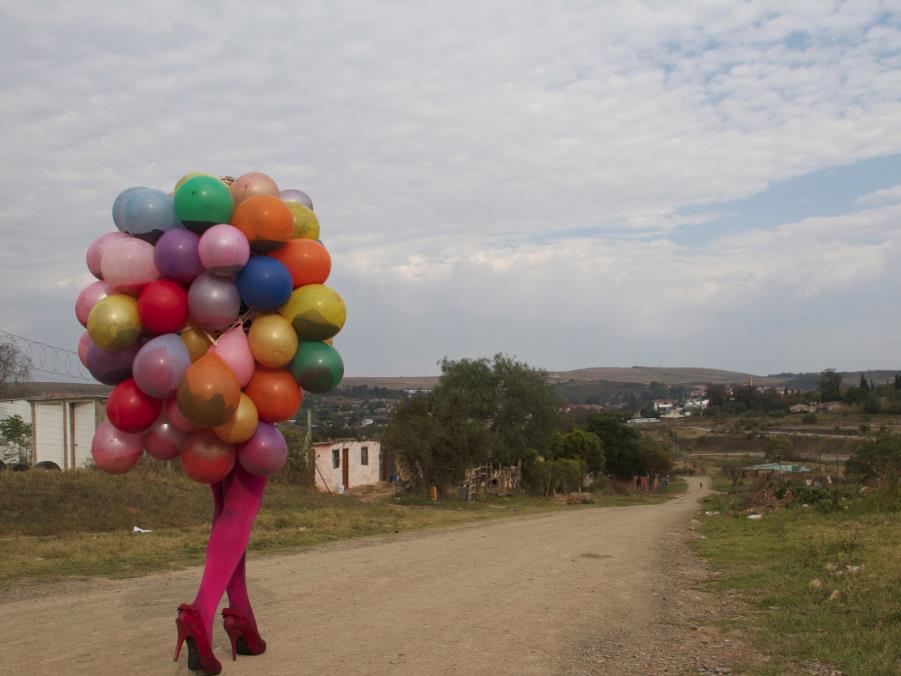 Curator of Aboriginal and Torres Strait Islander Art at the Art Gallery of Western Australia, Carly Lane writes that many Australians continue to find it easier to endorse the idea that Aboriginal and Torres Strait Islander people are in a position of their own making, and that the past has no bearing on today; they dismiss the lived experience of Indigenous peoples with a ‘get over it’ attitude.

Lane adds: ‘In Australia, colonisation is a difficult subject to raise.’

She continued: ‘Through this exhibition, it is our interest to attract Indigenous audiences and give them an opportunity to see that they are part of a shared experience – part of global black culture – and that can be quite an empowering thing. We also hope that it offers white audiences a different narrative to rethink the impact that colonisation has had, and continues to have, on people – and hopefully to understand and acknowledge that impact.’

Churcher said that all the artworks are about reclaiming and exploring identity. ‘When an artist does a work about something personal you can’t deny that experience.’

She told ArtsHub: ‘When we were thinking about a title for the exhibition, (we were inspired by) that idea of these two continents, and that idea of drifting together and moving apart through something that was shared.’

It was during a research trip to Africa that Churcher and Julietta Park, CAG senior curator were introduced to the South African artists, immediately recognising the strong synergy with Australian Indigenous artists, and more specifically with those Queensland artists in the show.

Their work is displayed alongside, and in conversation with, works by Mohau Modisakeng, Berni Searle, Mary Sibande, Zanele Muholi, Buhlebezwe Siwani, Kudzanai Chiurai and Athi-Patra Ruga from South Africa.

Continental Drift opens in Cairns on 6 July and is the cornerstone of the gallery’s CIAF program.

‘Our exhibitions during this time always focus on artists who have cultural connections to Queensland, but this year we wanted to look at another country that had also been colonised by the British, and explore the shared aspects to those stories,’ Churcher said.

‘When you are living in a remote or regional area, it is really important to bring in ideas from outside. For the gallery, it is about promoting an understanding that what we do has national and international significance. Yes, we are regional, but your strategic vision doesn’t have to be regional. It is about the artistic and intellectual ambition of the projects like Continental Drift.’

Churcher said that the exhibition’s focus was also very much driven by a responsibility to the local community, at a time when many Indigenous artists are visiting from remote communities and Indigenous curators are also in town.

‘CIAF celebrates a lot of the diverse cultural traditions and practices up here so we thought it was good to put on an exhibition that broadens that perspective of art produced in Queensland – to show the diversity but also to recognise that the reality of colonisation and the resulting experience of “unbelonging” in one’s own country has resonance for all Aboriginal and Torres Strait Islander artists in Australia.’

Guided exhibition tour with Professor Neelika Jayawardene, Associate Professor at the State University of New York – Oswego, and Carly Lane on Thursday 12 July at 10.30am. Free.

Continental Drift is one of three exhibitions presented at the Cairns Art Gallery during the Cairns Indigenous Art Fair in 2018.