Did you know Australia’s oldest surviving printed document is a theatre playbill? These and other treasures are now showing in a new exhibition at the National Library of Australia.
Richard Watts 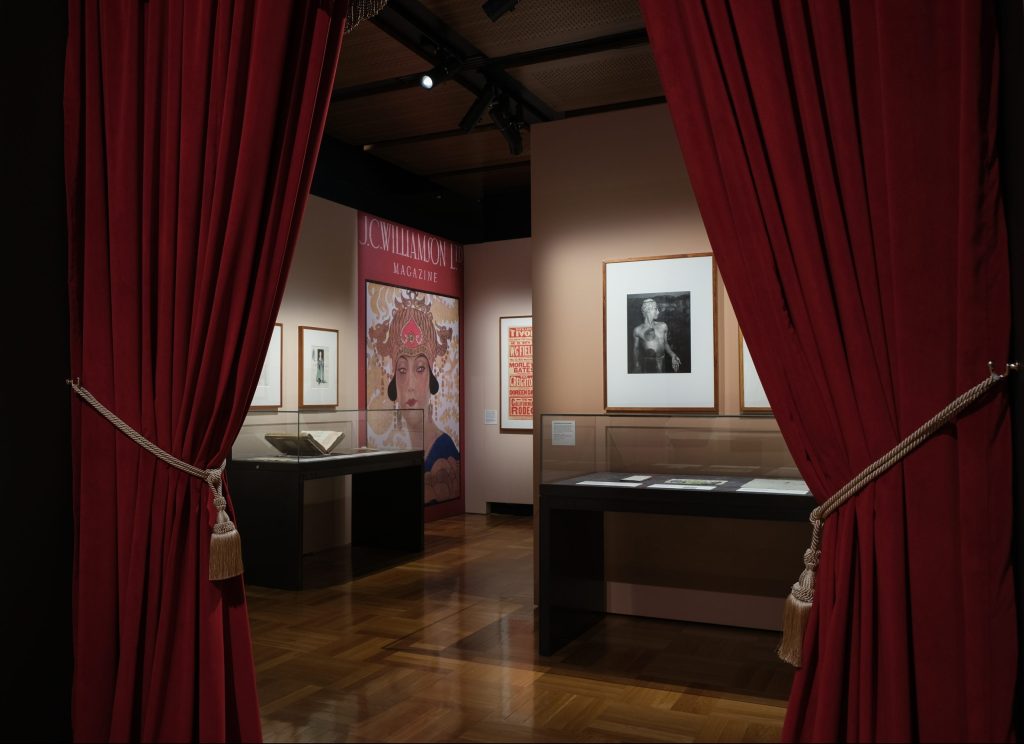 Installation view, On Stage: Spotlight on Our Performing Arts at the National Library of Australia. Image supplied.

Watching an acting troupe or acrobats perform in your local library could feel a little strange, but the documentation of such artists’ work – the photographs, flyers and programs which ensure their ephemeral live performances are not forgotten by future generations – are eagerly collected by institutions around the country.

Collecting such objects ensures ‘the memory of Australia is preserved,’ explained Guy Hansen, Director of Exhibitions at the National Library of Australia, which has a sizeable performing arts collection.

‘The Library is over 100 years old and of course has been collecting Australiana and printed material for all that time, and so we have amassed a wonderful collection of all sorts of activities in society, including the performing arts,’ Hansen explained.

Among the many gems on display are a playbill for a performance of Jane Shore, The Wapping Landlady and The Miraculous Cure in 1796 – the earliest surviving document printed in Australia – and equally significantly, the program for Basically Black, the landmark revue staged by the newly formed National Black Theatre at the Nimrod in 1972.

‘These are the original documents,’ said Hansen. ‘These are the photographs and the stories which are captured in the collection, and which really open up the past.’

‘As a big fan of live performance of all kinds, I thought I knew the history of Australia’s performing arts, but our collections have opened my eyes to the cultural lives Australians of the past could have known,’ Helman said.

‘The Library’s performing arts collections are overwhelming in scope – an embarrassment of riches really – and only a selection can be displayed. In the exhibition, I’ve tried to represent key moments, productions and performers in our history, to give context to today’s performing arts scene.’

‘The history of performing arts in Australia has always had a very interesting international character, and one of the things which people might find surprising [about the exhibition] is that it shows the constant flow of performers from around the world to Australia. And that was happening continuously. It wasn’t something which just started in the 20th Century, it was happening all the way through the 19th Century as well,’ he said.

One immigrant who made a huge mark on the Australian arts landscape was the theatre impresario JC Williamson.

‘He was an American originally, but he came to Australia at the end of the 19th Century, setting up business here, creating a network of theatres and then bringing performers out from around the world to Australia. And of course, the company survived him – Williamson himself passed away in 1913 – and continued for a very long time, bringing out some of the most popular and famous performers from all over the world.’

As well as a large poster promoting one of JC Williamson’s 1909 productions, visitors to On Stage: Spotlight on Our Performing Arts can see costume designs, portraits of such legendary artists as Dame Nellie Melba and Sir Robert Helpmann, rock posters – even a lagerphone.

‘We have opera and ballet right through to contemporary music festivals and everything in between on show,’ Hansen said.

Learn more about On Stage: Spotlight on Our Performing Arts. The exhibition is now showing at the National Library of Australia until Sunday 7 August 2022. Entry is free.