Meet all the artists recognised in the Australia Council Awards 2021

From jazz to midwifery, this year’s winners of the Australia Council Awards span the richness of Australia’s creative industries. Watch the individual artist videos from this year’s awards ceremony.
George Dunford 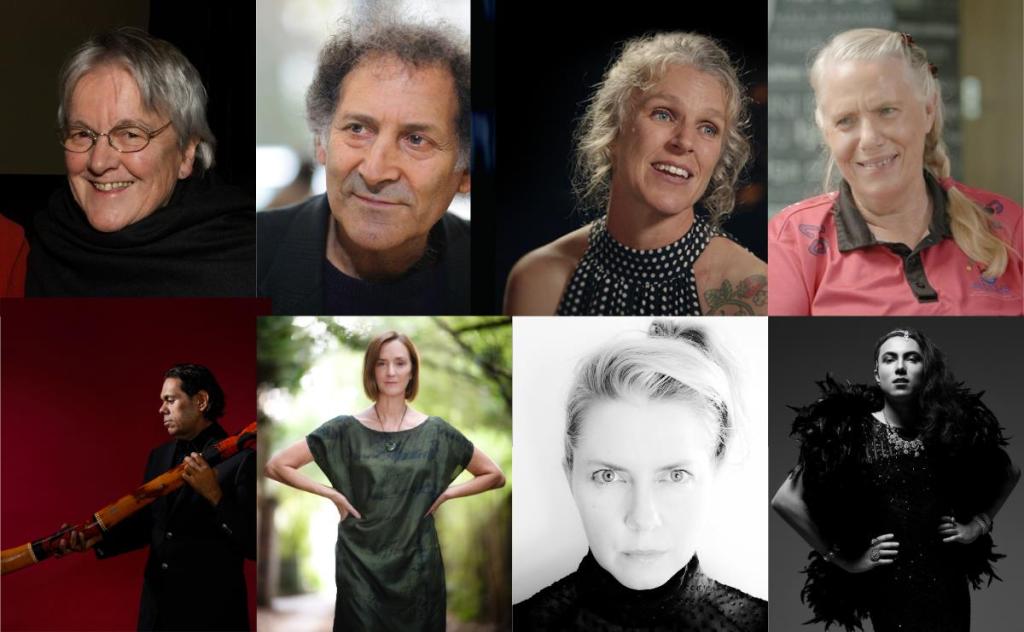 Each year the Australia Council salutes the nation’s best artists – acknowledging not just a performance but a career committed to their particular artform. In 2021 the awards acknowledged Girrimay woman Marianne Wobcke for her contribution to ‘perinatal dreaming’ alongside queer transgender singer Mama Alto for her work in community development, and feminist painter Vivienne Binns OAM.

Choreographer and filmmaker Sue Healey was awarded for her career in dance including her research into dance cognition, while Cat Jones was awarded for her pioneering artworks and work as CEO of PACT centre for emerging artists and co-director of Electrofringe. Other winners included William Barton, Chelsea McGuffin and Arnold Zable.

Australia Council CEO Adrian Collette reflected on how the arts have shaped Australia. ‘Arts and creativity reflect who we are as a nation, helping us to see different perspectives and understand and connect across different experiences and cultures. They are crucial in understanding and shaping our sense of national identity,’ he said.

Healey is a choreographer and dance filmmaker who has achieved national and international acclaim. Healey was as a founding member of the seminal postmodern company Danceworks and in 1993 created Vis-a-Vis Dance. She was also a member in the ground-breaking Australian Research Council project exploring choreographic cognition.

Binns has had an illustrious career as an Australian artist over the last 50 years, working primarily as a painter. She has also worked across media and contexts (painting, printmaking, performance, sculpture and drawing). Binns has made an outstanding contribution to Australian art, particularly in regard to feminist art and community art.

McGuffin has played a leading role in placing Australian contemporary circus centre stage in the international performing arts realm. She trained at The National Capital Ballet School with Janet Karen and at The Centre for Performing Arts in Adelaide, at The Flying Fruit Fly Circus School, and Circus Monoxide.

Wobcke is a Girrimay woman from North Queensland who was born on Wakka Wakka land. She is the third generation of Stolen Generation women, and has been reunited with her family. Wobcke is a trained nurse and midwife working specifically on birthing practices and trauma recovery.

Alto describes herself as a jazz singer, cabaret artist and gender transcendent diva. She is a transgender and queer person of colour who works with the radical potential of storytelling. Alto provides space for the trans community to tell stories with a focus on providing support and nurturing artists. She amplifies, celebrates and advocates for artists of colour to ensure the stages she works on are truly reflective.

Over his long and remarkable career, Kalkadunga man William Barton has performed across Australia, from large concert halls to regional music festivals, as a didgeridoo virtuoso and composer. The importance of William’s outstanding and enduring contribution has been recognised by many awards including the Best Original Score for a Main Stage Production – The Long Forgotten Dream – Sydney Theatre Awards (2018) and the ARIA for Best Classical Album: Kalkadungu: Music for Didjeridu and Orchestra (2012).

With a career spanning 25 years, Jones has pioneered critically acclaimed artworks and contributed to the careers of many practicing artists. She was CEO of PACT centre for emerging artists, and co-director of Electrofringe. She has performed with a number of experimental artists and companies including Chicks on Speed, ANAT, wired lab, Experimenta, The League of Imaginary Scientists, Blast Theory, Playworks, Pony Express, pvi collective and many more.

Zable is an Australian writer, novelist and human rights advocate. His books include the memoir Jewels and Ashes, three novels (Café Scheherazade, Scraps of Heaven, and Sea of Many Returns), two collections of stories (The Fig Tree and Violin Lessons) and The Fighter. Through his books, essays, articles, plays and others stories, Zable shares his unique understanding of memory, history, displacement and community.

Meet all the winners of the Australia Council Awards.