Sophie Benassi has gone from being a secondary school drama teacher to the co-Artistic Director of a Canberra theatre company.
Richard Watts 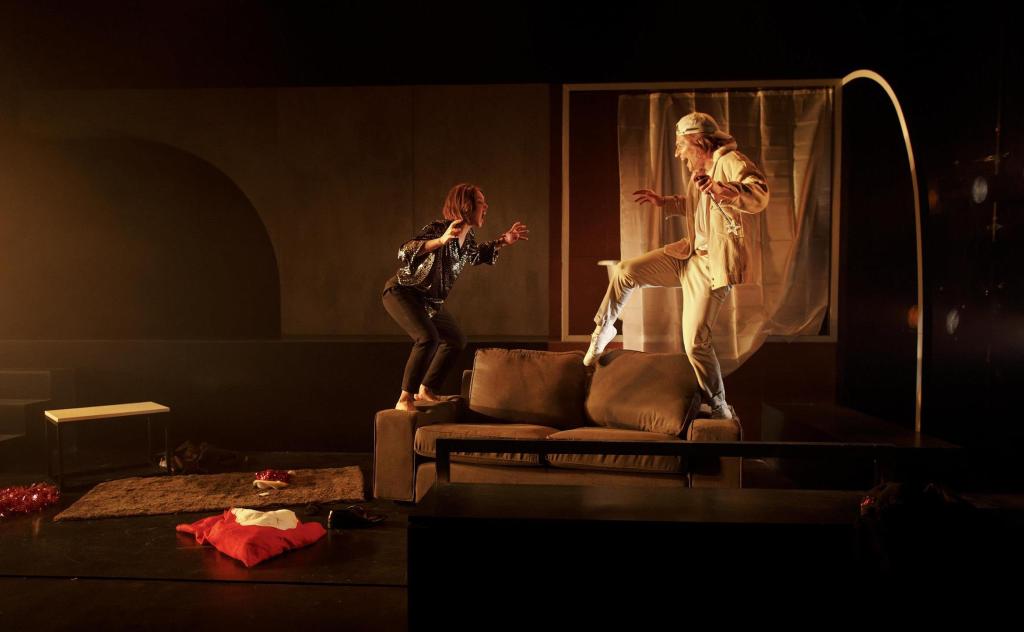 ‘The ability that theatre has to give voice to minorities and create change, and also to bring people together is something that I love.’

That passion led Benassi, formerly a drama teacher at Canberra Girls Grammar School from 2008-2014, back to the classroom herself.

‘I waited seven years to apply to study at NIDA,’ she laughed. ‘I had to wait until my daughter was old enough for me to be able to [do so]. She was boarding at Canberra Grammar while I was there.’

Despite already holding a Bachelor of Arts (Acting for Screen and Stage) from Charles Sturt University as well as several other qualifications, Benassi knew she wanted to develop her professional skills. Her desire was further inspired by time spent at 16th Street Actors Studio, where she participated in masterclasses led by Larry Moss and Ivana Chubbuk.

‘They just had such a unique style and I wanted to learn what they’d learned.’

Benassi ultimately decided to enrol in the Master of Fine Arts (MFA) Directing at the National Institute of Dramatic Art (NIDA).

‘The main thing I wanted by going to NIDA was to get a very clear methodology and a way of working with the actors and the text that gave me that professional edge, and I think that’s certainly something I took away from the MFA,’ Benassi told ArtsHub.

Founded on critical enquiry, experimentation and innovation, the MFA Directing means that Benassi now feels better equipped to find all the answers she needs when approaching a production within a given script.

‘It very much prepares you for that research and preparation before you have the first day on the floor with the actors. And then there’s a series of improvisations you do that’s all related to the study and research you’ve done in the script, which gives the actors ownership over the way they’re playing their characters and creates a really collaborative feel within the production, and also a level of detail that you may not get otherwise.’

Praising NIDA’s accessible, supportive culture,  Benassi said described her time there as ‘fantastic. It’s obviously an incredibly challenging program, so certainly it helps teach the resilience needed to work professionally in the industry, I think, and also the discipline and hard work that goes along with that.’

The MFA also saw Benassi gain a range of contacts and opportunities she may otherwise have struggled to develop.

‘I got to sit in with Kate Gaul as an assistant director and watch her working on a production. We also had private sessions with Kip Williams, Con Costi, Imara Savage, Polly Rowe, and Eamon Flack from Belvoir, so we had access to wonderful industry professionals one on one, which was amazing,’ she said.

Working on Gaul’s production of Orlando was particularly inspiring, Benassi continued. ‘It’s wonderful just being in the room with an experienced director. I learned by watching and doing – and she was very generous with her time – and I was there through the whole process and all the meetings she attended.

‘It was so good to watch someone who’s been working for so long. She has this ability to shape and mould a scene very succinctly and quickly while still giving the actors a say – that was great to watch.’

The MFA also saw Benassi working on a range of other projects that expanded her skills and pushed her out of her comfort zone, including a video clip for Triple J, collaborations with the Actors Centre and NAISDA, and a 40-minute graduating production created in collaboration with NIDA MFA writer Sophie Davis and emerging set and costume designer Merette Boutros.

Entitled And A Happy New Year…, the production is now in further development, for a ‘professional staging in the next year or two,’ Benassi said.

Looking back on her time at NIDA, Benassi has no hesitation in recommending the MFA Directing to her peers.

‘What you learn there and the opportunities you have, and the teachers and conversations you’re exposed to, I don’t think you’ll find anywhere else,’ she said. ‘NIDA sets the standard.’

Learn more about studying at NIDA in 2022.