A Gold Coast conference is seeking active participants who understand that we need to practise democracy in order to be better at it.
Richard Watts
[This is archived content and may not display in the originally intended format.] 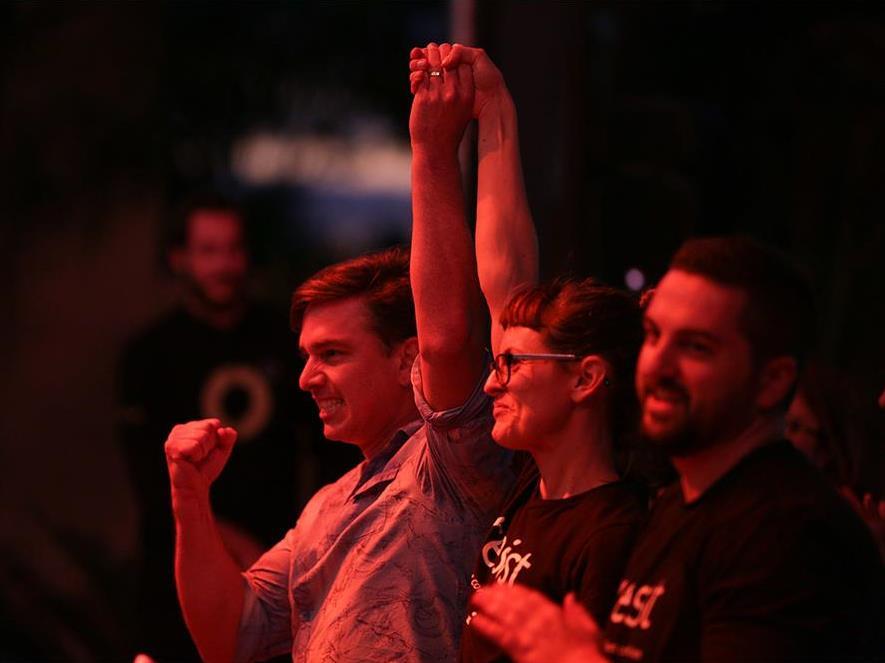 From the chaos of Brexit and Trump to an accelerated Australian electoral cycle that saw us churn through five Prime Ministers in as many years, political uncertainty is clearly in vogue. But while our restless age of social media and the 24-hour news cycle may have tested the world’s democratic structures, they’re far from broken.

Which isn’t to say we should take democracy for granted, he continued. ‘It’s been challenged by a whole series of contexts, political and economic … so I think we have to find ways in which democracy can be strengthened and understood and participated in more actively by the citizens, so that it can sustain itself.’

Helping people engage more directly with democracy is the focus of an upcoming event, blending art and ideas, which Pledger has curated at The Arts Centre Gold Coast.

Entitled 2970° The Boiling Point; Practising Democracy, and featuring four provocative keynote speakers including WikiLeaks founder Julian Assange, Pledger envisages the event as a means of reconnecting people from all walks of life with Australia’s political processes.

‘The main objective of politicians now is to maintain power rather than represent their constituencies. So when the rest of us look at political culture we see a whole series of agendas which actually don’t reflect our needs or the reasons that we voted people in.’

Pledger’s solution to this social disconnect is to present a provocative event at which participants are actively encouraged to take control of the democratic process, by providing them with the skills and the language required to move the conversation forward.

‘Provoking, listening, processing and responding – they’re the things that we need for democracy to survive and thrive. So really, this is kind of about taking the space and the time out for everybody to practise those skills in a group.’

In addition to Assange’s future-inspired keynote, participants at The Boiling Point will also hear from internationally-renowned robotics expert Professor Hiroshi Ishiguro from Osaka University, Indigenous cultural leader Kyle Slabb, and political commentator and author, Jamila Rizvi. Each will deliver a keynote in their own unique style.

However, Pledger stresses that The Boiling Point is not just about listening to experts – it’s about actively engaging with their ideas.

‘The opening keynotes are really brilliant – there’s a young Indigenous leader, Kyle Slabb, and he talks about the idea that having knowledge is one thing but obtaining it requires practice. And so that’s pretty much the same for democracy. To retain democracy we have to actually practise it,’ he said.

‘We’ve got to improve our habits so that they’re much more available to us when we’re faced with a barrage of noise; noise that is sometime deliberate in that it makes you not pay attention or tells you not to pay attention.

‘We have to develop the capacity to listen for the signals, not the noise – what’s actually being said, how we think about what’s being said, and how we can respond in a way that advances what’s good for the many.’

Running from 7-9 September at The Arts Centre Gold Coast, 2970° The Boiling Point; Practising Democracy encourages participants to respond to each keynote by voting on a rule, law or protocol the speaker requires for their envisioned future to be realised. Facilitated roundtable discussions will continue the discussions among participants at a deeper level.

Those preferring to practise democracy in the role of witness are also catered for with the provision of a Public Gallery.

However participants choose to engage with the event, Pledger hope they will emerge transformed at its conclusion.

‘The last time we ran The Boiling Point, the level of discourse and imagineering was really high. So people come out extremely stimulated, they come out severely networked, and they come out with a sense of purpose about what their role is in being an active citizen,’ he said.

2970° The Boiling Point; Practising Democracy runs from 7-9 September at The Arts Centre Gold Coast. For more information and to purchase tickets, visit www.2970degrees.com.au.