Creating new theatre in the heart of Canberra

The New Works program at Canberra Theatre Centre is offering free access to the Courtyard Studio for either a week’s development, or a month’s rehearsal culminating in a full production.
Richard Watts 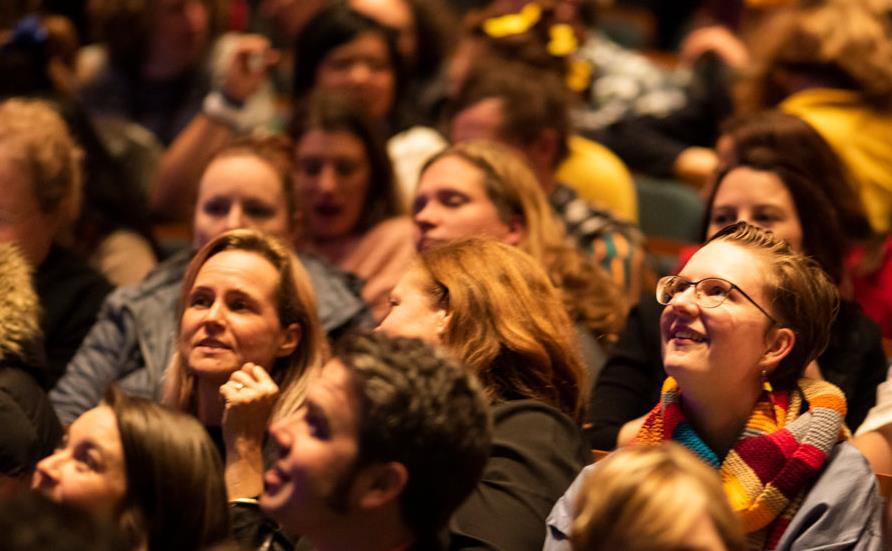 Canberra audiences will have the chance to enjoy new works created with the Canberra Theatre Centre in mind. Image supplied.

A 90-seat space at the Canberra Theatre Centre (CTC) presents a unique opportunity to present work in Civic, the city’s centre. Now this space is being freely offered to artists, strengthening the local arts ecology by providing a performance space to individuals and collectives.

The New Works program provides access to CTC’s Courtyard Studio for a one-week development period in June, or four weeks rehearsal and production in August.

‘Not a huge amount of good happened for the arts out of COVID, but one good thing is this program,’ said Alex Budd, who started as Director of the Canberra Theatre Centre in February last year – just one month before the pandemic closed venues across Australia.

‘Our thinking about the New Works program really developed from the CTC at Home project that we got up as a digital streaming project for local artists in in the early months of COVID last year. That really drove home to us, and especially me as the new player here, just how broad the local arts community was, and how we wanted to up our engagement with them.’

Applications are open to professional artists only, with applicants needing to demonstrate a strong and consistent connection to the ACT arts sector and community.

‘We’re absolutely wedded to the notion that everybody that walks in the door gets paid,’ Budd said.

Budd is no stranger to the CTC, having worked in the venue as a lighting technician early in his career, but following a move to Sydney in the late 1990s, his career took him considerably further afield. Returning to Canberra has meant reacquainting himself with the local arts sector,  as he hopes to see the strength and diversity of the Canberra arts sector reflected in applications to the New Works program.

‘We want to see that there’s a local connection and some consistency or a track record in the people that are proposing things, but I really don’t want to put limitations on what the proposals are.’

‘We want to see that there’s a local connection and some consistency or a track record in the people that are proposing things, but I really don’t want to put limitations on what the proposals are,’ Budd told ArtsHub.

‘We want to create work knowing who the audience is, and then task ourselves in finding them and getting them along. But whether it’s a new piece of music theatre or a classical ballet or a hybrid work or a bit of spoken word theatre, I’m open to anything.’

As well directly supporting individual artists or artists’ collectives, Budd hopes that New Works will help strengthen Canberra’s arts ecology in the long term, in part by making it more attractive to stay and work in the ACT.

‘One of the challenges for artists in Canberra is the lack of clear pathways from secondary education through tertiary education into professional practice. Being able to study and then forge a career here as a professional live performance artist in a broad range of disciplines is not completely possible at the moment,’ he explained.

‘I think that’s a big challenge for Canberra. It’s not one that the Theatre Centre itself can change, it’s not our remit to provide that training, but if we can provide more opportunities here for professional artists and professional actors, that’s definitely a good start,’ Budd said.

Historically, the Canberra Theatre Centre has predominantly been a presenting venue, something which Budd hopes New Works will help to shift.

‘Predominantly, the work that comes to the Theatre Centre is made elsewhere. And I hope that programs such as these result in us supporting a generation of local work that one day he ends up on our on our biggest stages,’ he said.