‘Control over our stories’ – dancing into cultural advocacy

Sometimes the most important choice you can make in an arts career involves following your heart, says MFA student Jacqueline Cornforth.
Richard Watts 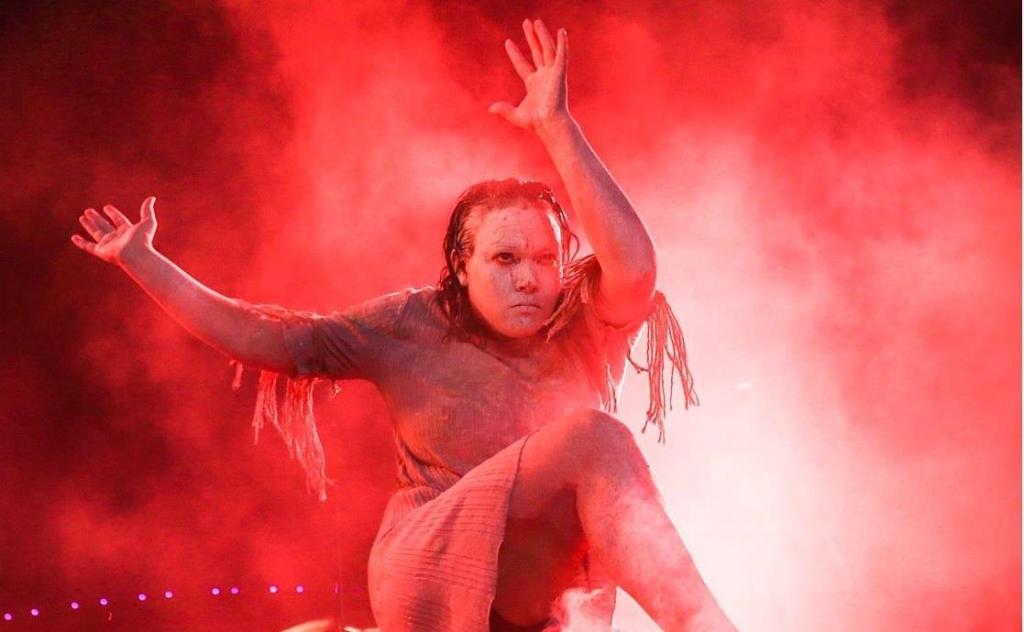 ‘Through all the different twists and turns of my adolescence, I knew that dance was going to be part of my life for a long time,’ said Jacqueline Cornforth, a proud Wuthathi woman from East Cape York Peninsula who also has family ties to Thursday, Badu and Moa Islands in the Torres Strait.

Raised in Canberra, Cornforth discovered traditional dance – a practice that connected her with Country and culture – when she was 10 years old.

‘We were lucky enough to have Aunty Kay and Uncle Noel Zaro, who started up the Torres Strait Islander dance group down there. As kids we went for practice a couple of nights a week and on weekends. It was a great cultural backbone to have in such a random place like Canberra … it solidified our identity and kept our culture strong,’ Cornforth said.

Dance has remained a constant in Cornforth’s life ever since, leading her first to Canberra’s contemporary youth company QL2 and later to NAISDA Dance College, which she joined in her early 20s.

‘NAISDA built the careers of so many amazing Aboriginal and Torres Strait Islander dance performers, so I made the conscious decision to go there, and because I was quite a little bit older than straight out of high school, I knew it was the right decision to make,’ she told ArtsHub.

Cornforth went on to complete a Bachelor of Fine Arts (Dance) at Queensland University of Technology (QUT) before relocating to Sydney. It was here she co-founded the cultural performance company, Muggera, with her husband Darren Compton, while also working at the Arts Law Centre of Australia.

‘That job opened my eyes to the law and governance that is in place in this country to help protect artists, but there was also the realisation that so many artists just need to be more educated in the legal strengths they have and can use to ensure that they can have sustainable, successful arts practices.’

‘I feel like there’s a lot of work that needs to be done in terms of advocacy, to ensure that all theatre spaces and shows are culturally safe,’ Cornforth said, adding that she’s also keen to ensure that the sector’s cultural engagement with Australia’s First Peoples is done in a genuine way rather than as a box-ticking exercise.

‘It needs to be genuine engagement on a long-term level where everyone learns and educates rather than a one-off engagement,’ she said.

‘I want to be a part of that change. I want to see change. And I also want to use my dance background to ensure that we have control over our stories and how they’re presented to the public.’

Cornforth recommended NIDA’s Master of Fine Arts in Cultural Leadership course for anyone in the sector who is keen to consolidate and build upon their existing skills.

‘It’s really a great way to give mid-career artists – even emerging artists – an opportunity to solidify and reflect and think back on what makes you, you. To think about what difference you can make in the arts and cultural sector and then use this course to apply that throughout your career – for the rest of your career, to be honest,’ she concluded.

Learn more about studying your MFA (Cultural Leadership) at NIDA.