A career defining opportunity in Utopia

Despite shaping the Aboriginal art market since the 1980s, Utopia is only now building a dedicated art centre – and it is looking for a manager to help this community of artists into the next chapter.
Gina Fairley 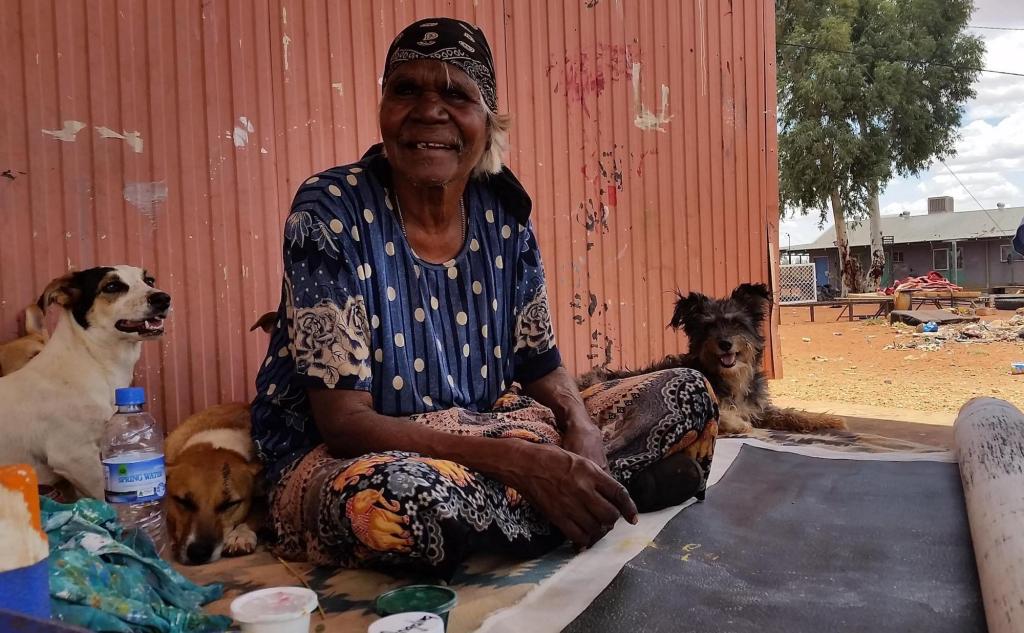 2020 has a been a challenging year for many. However, one great story to emerge is the establishment of the Utopia Art Centre, based in Arlparra.

The Utopia region, north east of Alice Springs, has a compelling and distinctive art history. Utopia artists have produced some of remote Australia’s most characteristic art, painted by leading artists including one of Australia’s most prominent and successful artists, Emily Kame Kngwarreye.

Utopia was one of the first remote regions to be artistically and commercially successful, with workshops and exhibitions from 1980 onwards. While these early successes were built on community-focused activities, this soon shifted.

Aside from a short period around 2001 and 2002, Utopia has never had a community art centre and the dominant commercial practice has been direct artist-dealer relationships and the promotion of individual artists.

Utopia Art Centre is a community-led initiative. The artists, with the help of Urapuntja Aboriginal Corporation (UAC) have lobbied, saved and put their own resources into getting started. Two years ago, UAC approached Desart for support and direction in finally establishing an art centre.

‘We’re all really excited for the artists and their community. People might think that a region like Utopia has had lots of art services and an art centre set up for years, but it hasn’t; the artists have fared for themselves, making this a really important project,’ said Philip Watkins, CEO of Desart.

With over 100 artists in the region, there is strong demand for access to the benefits of an Aboriginal owned and managed enterprise. The Utopia artists have long seen the success and services a strong art centre brings to other communities and have long advocated for such a model for their homelands.

The past year there has seen plenty of planning and organising underway. Space and facilities have been allocated for the art centre, funding has been secured for a manager and some infrastructure funding will see a new studio workshop built.

‘Opportunities like this don’t come along often. Utopia artists and art has such an amazing history; it’s a career defining position to work in the Utopia lands and be given the privilege of establishing an art centre,’ Watkins told ArtsHub.

Utopia Art Centre has its foundations in a strong, culturally appropriate partnership between Urapuntja Aboriginal Corporation, Desart and the artists of Utopia.

This three-way partnership ensures the commitment of artists and the local capacity of UAC is complemented with best practice processes and access to industry knowledge, as well as support for setting up cultural protocols, designing infrastructure, recruitment and employment and operational advice and resources to make this new enterprise a success.

The long wait through the planning and fundraising is now over.  The nationwide search for the Utopia Art Centre’s foundation Manager has started. Recruitment is led by Desart, with a competitive package for the right person. The new Manager will be crucial to the start-up of Utopia Art Centre, in equal parts exciting and problem-solving.

The Utopia region is located around 250kms north west of Alice Springs. The 16 homelands are spread across an area of more than 3,000 sq. kms, with most services (store, school, police etc.) located in Arlparra, itself on the main thoroughfare, the Sandover Highway.

Census data from 2016 notes a population of 401 for the region, though anecdotal evidence suggests this is a significant undercount, with the population likely to be over 500.