Sometimes, it just takes two.
Glen Falkenstein
[This is archived content and may not display in the originally intended format.] 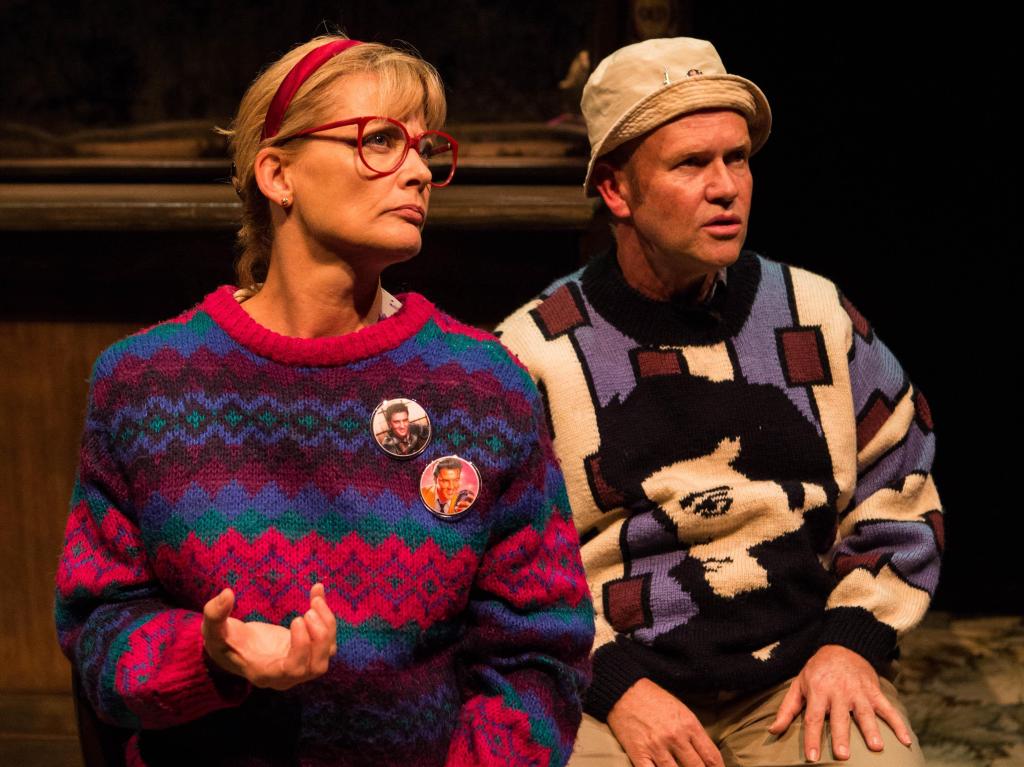 There are fourteen characters in the Ensemble Theatre’s latest production Two, with Brian Meegan and Kate Raison adopting seven personas apiece. Each flitting about a local pub on a busy night, Jim Cartwright’s series of sketches, happenstances and confrontations, if largely unconnected in terms of plot, are richly intertwined thematically; with the darker undercurrents of the story surfacing gradually throughout the play.

It takes a lot to create a thriving pub out of a row of bottles, a few chairs and a couple of bodies but both performers succeed admirably. Together their practiced interplay manages to shine a light on the central figure or dramatic focus in any one sketch or whomever is the more rambunctious character in any scenario, itself a near invariable feature of each stage of the play, in such a way that the performers avoid one-upping each other in favour of fittingly complementing their counterpart.

The miming at stages, notably in the opening sequence when the husband and wife bar owners are serving drinks, unfortunately proves distracting at times, though this soon gives way to a near monopoly on interactions between the two performers and occasionally with the audience, at which times the production is at its strongest.

While there are many dramatic moments, not least of all Two’s heavily foreshadowed climax, it’s the light-hearted ones that emerge the more endearing. Meegan’s most aggressively charming personality, casually flirting with audience members and dancing to The Divinyls in a barely-buttoned shirt, proves the best slapstick of the night; an extended routine that is only made more cringingly awkward as his partner walks in.

Raison’s monologue in the play’s second scene, depicting an elderly lady’s quiet sojourn at the bar, is among the most memorable of Two’s stories, though some of Raison’s more comic stretches are just as enjoyable as Meegan’s stand-out crooner.

Running for 90 minutes without interval the pace thankfully doesn’t let up. Not too brief and never overstaying its welcome, Two is a thrilling insight into an eclectic mix of characters well worth taking the time to meet.