An experimental exploration of the plight of Afghan refugees.
Tinashe Jakwa 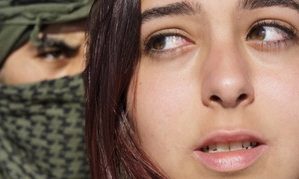 Successive Australian governments have generally failed to implement humane policies relating to the plight of asylum seekers and refugees. Our country is notorious for its offshore detention – imprisonment – of those who have looked to Australia for help during moments of severe need. Instead of help, asylum seekers and refugees are too often met with accusations of swindling the Australian taxpayer and undermining social cohesion. Such is the plight of many Afghan refugees, which Utopia, an experimental play programmed as part of The Blue Room Theatre’s Summer Nights festival, explores.

Recently, in the aftermath of the withdrawal of the United States’ troops from Afghanistan, the Australian government refused to aid Afghans who sought to flee the country following the Taliban’s successful advance on the capital, Kabul. Against this backdrop, Utopia – Musavi’s first Australian work – paints a surreal and haunting picture of the plight of Afghans seeking a better life. It reveals the absurdities of Australia’s asylum seeker and refugee policies while poignantly highlighting Afghans’ never-ending struggle to be treated with dignity long after they have stopped staring down the barrel of a gun. Nevertheless, Utopia has significant flaws despite showing great potential.

On opening night, a recognisably young audience lined up to take their places in the Blue Room’s intimate Kaos Room. A woman stood and spoke in a slow, mystifying drone, setting the scene for what was about to unfold. She told us of her children who had fallen prey to the vagaries of this world. She warned of barbed wire and landmines. She reminded us to switch off our phones.

However, while intriguing, the monologue felt unnecessary and failed to captivate the audience. As we waited, fellow theatregoers tried their best to mask their incredulity and to regard the monologue with the seriousness it demanded.

Upon our entry, we paid witness to characters trapped inside the confines of a barbed wire fence, a rug spread on the ground inside the boundary. Upstage centre stood a glass tank full of water. On the rug, the performers knelt chanting and producing the sound of gunfire. The scene effectively drew attention to the plight of refugees and people living in conflict-affected countries.

Writer-Director, Amir Musavi, has successfully managed to capture the terror of entrapment that characterises the lives of many Afghans. As the show progressed, Musavi’s characters highlighted the difficulty of providing a straightforward and ‘reliable’ account of one’s life or circumstances when existential terror is a definitive aspect of one’s day-to-day lived experience.

Although evocative and driven by a compelling premise and desire to bring Afghan narratives to a wider, Western Australian audience, the show ultimately fell prey to the pitfalls of ‘postmodernist’ storytelling. The show’s shortcomings are also attributable to Musavi not only having written but directed (and performed in) the show. The show’s interconnected vignettes felt disjointed as the larger story was lost in his postmodernist attempt to reveal the fragility and unreliability of received meanings, identity, and memory.

Read: Dance review: And the earth will swallow them whole, Perth Festival

Utopia may be better suited to the medium of film rather than theatre and, for the most part, Musavi successfully incorporated filmed footage into the show. The show highlighted the pitfalls of experimentation for experimentation’s sake as the transitions between the literal and surreal failed to yield a clear and compelling narrative. Moreover, much of the show’s writing felt forced and on-the-nose, including one of the characters’ declarations that he is ‘just a Taliban’.

Ultimately, Utopia failed to provide new insight into the plight of Afghans before, during, and after seeking asylum. It seemed primarily focused on experimenting with form to further highlight this plight to a new audience. However, given the demographic in attendance on opening night, many of whom are social justice minded, Musavi may have left his audience wanting. Nevertheless, for those looking for a thought-provoking night out, this production may be for you. However, for those who prefer clear and cohesive narratives, it may be best to give it a miss.