Theatre review: The Sound Inside

A slim novel of a play that blurs the line between fact and fiction.
Thuy On 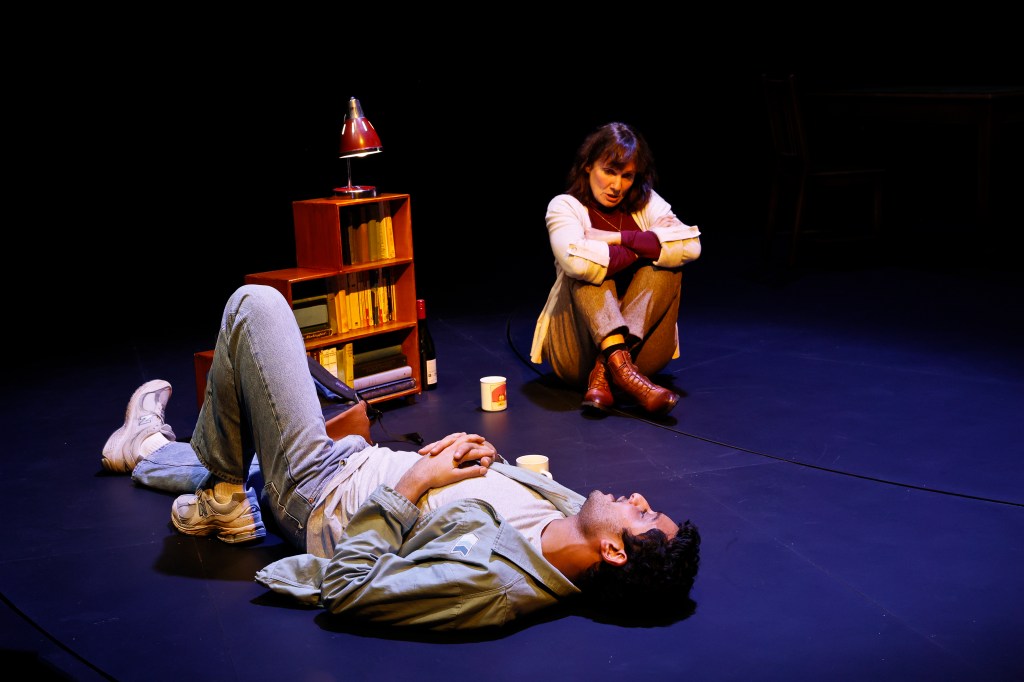 Presented by the MTC, Adam Rapp’s play ‘is a small, intricate puzzle.’ Photo by Jeff Busby.

The Sound Inside is an intimate two-hander debut by Adam Rapp. The production has already had a successful Broadway season (and been nominated for six 2020 Tony Awards, including Best Play) so its Melbourne premiere is weighted with heavy expectations.

Does it deliver? It depends on whether you like talking heads drama with slow-burn intensity. The Sound Inside is a small, intricate puzzle, a psychological thriller that relies on two troubled and quite possibly, unreliable narrators, with an ending that defies neat resolution.

Catherine McClements plays a creative writing professor, Bella, at Yale University who befriends one of her students, a freshman called Christopher (Shiv Palekar). They are both  desperately lonely souls; when we first meet Bella she admits to a habit of talking to herself, with the local lamp post the only beneficiary of her thoughts. Christopher too, is somewhat of a misfit, with a haughty mien that separates him from his peers. United by a love of books, they are drawn to each other. Despite their age differences, he’s a good sparring partner, matching her in wit and intellect.

Little by little the defensive shell they present to the world is cracked opened as they share confidences and awkwardly navigate a relationship predicated on an obsession with stories. Having read and praised his teacher’s underappreciated novel, Christopher offers her his own manuscript, a work-in-progress whose protagonist also happens to be named after himself. As it happens, Bella also inserted her own surname into her work of fiction.

You get the feeling that these bibliophiles see their lives reflected and refracted through the narratives of characters page-bound, both relying on these make-believe agents to offer them the intellectual nourishment that would have otherwise been provided by breathing counterparts.

Directed by Sarah Goodes, the set is sparse: with a revolving lamp post, a small bookcase, a table and chairs and later, almost continuous sprinkles of snow. The lack of any flashy, distracting props means that attention is concentrated purely on the words exchanged between the two actors, divided between direct-address monologues or third person narration. Though their conversations seem harmless enough, a sense of foreboding and uneasiness hangs over their interactions.

Without an interval, the 90 minute run time feels, at times, languorously slow, with the intrigue only heating up in the last quarter as violence makes an explosive entry, an unusual demand is requested, and fact and fiction become intertwined. The audience is left guessing as to what is truth and not embellishment. There is a slyness and a mischief-making intention in Rapp’s exploration into the dark recesses of the mind.

Though McClements and Palekar succeeded in showing a brittle vulnerability in their respective roles, this play seems more literary than theatrical. There is a stiffness and a self-consciousness to the acting and a very wordy narration replete with highbrow literary references that makes you wonder whether The Sound Inside would have worked better as a short story or an audio drama rather than a stage play.