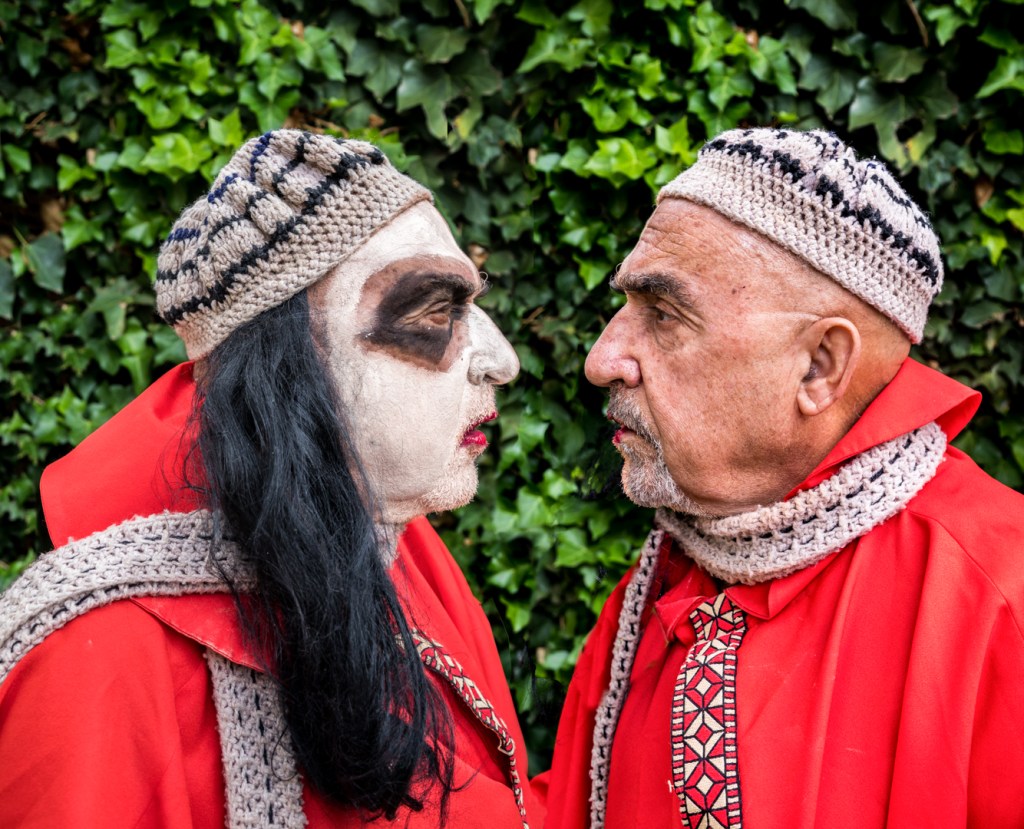 ‘Loucas Loizou is practised and confident: a man of many talents.’ Photo by Martin Newland.

Loucas Loizou’s one-man musical is an impressive feat. With one side of his face done up as Medea, and the other as erstwhile husband Jason, Loizou tells the story of their relationship in a dialogue interspersed with original songs which he accompanies on guitar. In this reimagined sequel to the tragic Greek myth, Jason, now an old man, journeys to reunite with Medea and find out from her the truth about the night their sons died all those years ago. The two reminisce about the events leading up to this moment, from their youthful love to their troubled marriage.

As a storyteller, musician, and singer, Loizou is practised and confident: a man of many talents. The songs are beautiful, and wonderfully suited to Loizou’s soulful, expressive voice. Their inclusion in the show works well, especially as a means for exploring the moments of deeper emotion that Medea and Jason hit on in their recollection of the past, the music taking them beyond what their words can express. Highlights include Jason’s song of yearning, ‘Special Lover’, and the traditional Greek song ‘Tou Gamou (Wedding Song)’, which Medea recalls singing as a lullaby to her boys.

Unfortunately, the emotion we hear in Loizou’s singing is not quite so evident in his line delivery. These mellowed out older versions of Jason and Medea seem for the most part unfazed by their sudden reunion, and often manage little more than a melancholy scoff when speaking to each other of former passions and turmoils.

Those who are not familiar with the story of Jason and Medea will have no trouble keeping up, as much of the dialogue is taken up with lengthy exposition of past events. Loizou does succeed in capturing Medea’s pain and frustration at leaving her homeland to follow Jason to Corinth, only to be regarded there as a suspicious foreigner and dangerous sorceress. Poignant moments such as these keep the audience’s attention and remind us why the myth remains such an enduring and relevant tale.

When we reach the climax of the show, matters are resolved quickly. Rather than grappling with the ambiguities of Medea’s motives and the uncomfortable consequences, Loizou ties things up neatly with his own more palatable ending.

Loizou is clearly an experienced and talented performer, with a great love for his craft and his characters (he has also written musical theatre shows following other famous figures, from Casanova to Odysseus). For those who enjoy thoughtful reinterpretations of classic stories, his work is worth checking out.

Medea and Jason
Presented by Athens Production as part of Adelaide Fringe
Various venues including Bakehouse Theatre Studio and The British Hotel, Port Adelaide
Tickets: $10-$15
Medea and Jason will be performed until 19 March 2022