A beguiling blend of dance and video that explores the vagaries of contemporary life.
Leila Lois 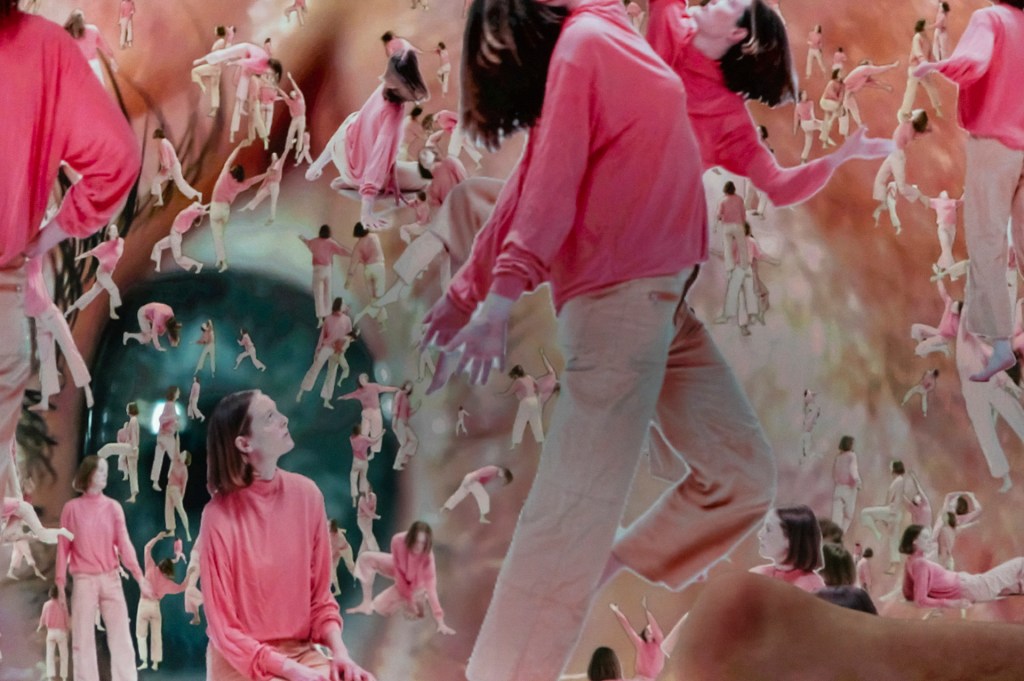 ‘There were so many layers to this performance that the overall effect was like an explosion..’. Photo credit Tiffany Garvie

Make Your Life Count is a conceptual dance show/ performance art piece preoccupied, obsessed even, with appearances and the meaning we make from them. A technically complex piece in terms of audio visual and spatial design, the great success of this performance was that the efforts appeared seamless and the audience was carried along on a mesmerising journey with dancer, Sarah Aiken. The omnipresence of the narrator, (Sarah Aiken herself) for half of the show, super enlarged on the projection screen was at once humorous and profound as she gave cryptic life advice to Aiken who at one point described herself as ‘lost’.

At the height of the piece, there were multiple projections of Aiken dancing, in live capture and advance recording, unfolding over the screen, while she carefully moved white stage blocks and interacted with the images. There were so many layers to this performance that the overall effect was like an explosion; bodies and images cascading and multiplying, like meteorites. This metaphor was extended to the final movement, a time lapse of a scene in an executive’s office where an enormous flower blooms in the courtyard. The choice of famous Britpop hit ‘Bittersweet Symphony’ by The Verve, the lyrics (‘Trying to make ends meet/You’re a slave to money then you die’) was a perfect dramatic irony to the moment, as was the office door sign ‘Make Your Life Count’.

This piece speaks about the commodification of emotion, the monetisation of relationships and the banality of contemporary life in ways that are novel and fresh. With smatterings of Dada and delicious irony, Make Your Life Count seemed to be profoundly received by the audience, who reacted with laughing, gasping and an arousing round of applause at the end. The trajectory of the show felt astral as frames of reference (literal and metaphorical) kept shifting and moving like the prodigal doors in Alice in Wonderland. It felt like tumbling into a rabbit hole of sorts where the view was oddly familiar yet full of surprises, as Aiken undulated across the stage, playing with the projections to a startling revelation in the final moments.

Make Your Life Count will be performed until 27 February 2022