Dementia as seen through a multimedia performance returns for an anniversary production.
Lucinda Coleman 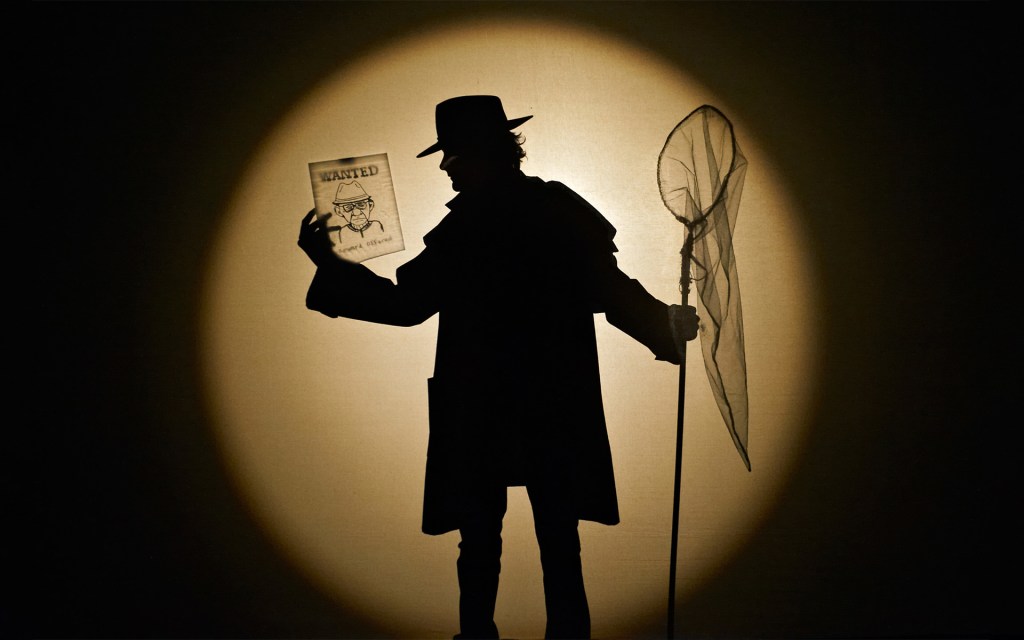 ‘There is depiction of the sense of displacement through the interweaving of narratives and the animation of inanimate objects.’ Photo supplied.

It’s Dark Outside, by Perth-based theatre company The Last Great Hunt, explores experiences of dementia through expert theatrical devising involving shadows, masks, puppetry, animations, and live performance. The production returns to the Studio Underground to celebrate the tenth anniversary of its premiere season.

Creators and performers Arielle Gray, Chris Isaacs, and Tim Watts acknowledge the sadness of the story of an old man wandering through a wilderness of loss. As objects move and disappear, the old man shuffles into the night to begin a journey without a clear destination. At times, the character is performed by Arielle Gray, or becomes a carefully manipulated puppet, or is a shadow form moving through shadow trees. He soon believes he is being hunted. The night is filled with stars, shadows and clouds.

The subject of dementia is explored with delicate humour, and respect. Moments are expertly paced, intuitively crafted with perfectly nuanced timing. There is depiction of the sense of displacement through the interweaving of narratives and the animation of inanimate objects. In an engaging sequence, the old man puppet begins a soft shoe shuffle with his tap-dancing tent, which has become animated with life.

Read: Opera review: The Phantom of the Opera

Moments of humour alleviate sadness; laughter a gentle provocation of discomfort for those who have lost loved ones to the disease. The old man reaches for clouds. A cloud becomes his dog: enthusiastic tail wagging endearing to the audiences, who chuckle. The dog leaps into the sky and floats away as a cloud. We feel the loss of a beloved friend.

The original score by composer Rachel Dease is a strength of the work. Suspense is built through enchanting musical refrains and ambient sounds that allude to old Westerns. The old man as shadow and puppet flies with stars; the music is luminous.

The performance shimmers with familiar charm and humour. Audiences warmly embrace the work as a celebration of The Last Great Hunt’s evolving milieu. The old man is home. Then he fearful, hunted by a man in a hat. He becomes angry with his tent, which only seeks to comfort and shelter the lost soul. Memories jostle for attention as he senses the hunter closing in. Something about the man and his hat is familiar. There is tenderness and love alongside fear and confusion. He is collecting clouds as memories. He is present. He is gone.

It’s Dark Outside is a nostalgic journey into the archives of an innovative theatre company, celebrated through the sweetness of a character desperately holding on, searching beyond, and finally letting go. The production invites reminiscence and memory-holding; a fitting choice for its ten-year anniversary season.

It’s Dark Outside will be performed until 2 April 2022