Joanna Murray-Smith’s latest play is a high-brow blockbuster that asks provocative questions about what it means to love a culture as well as a person.
Vanessa Francesca 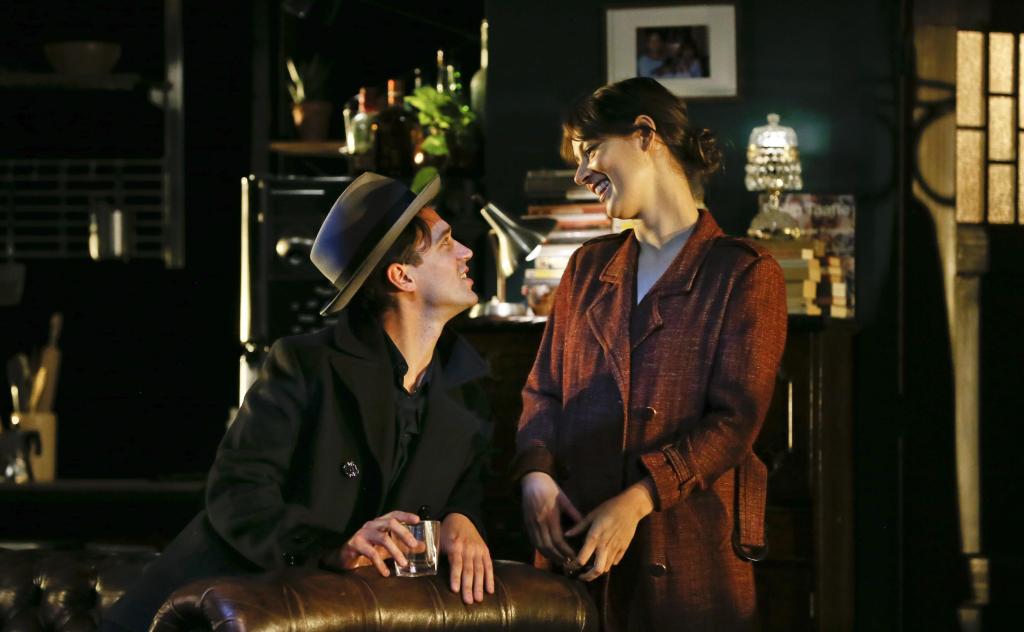 The setting is the most essential element to Joanna Murray-Smith’s latest play, Berlin. Inspired by a pre-pandemic trip to Europe, its history works subtly, through the set, in its lyrical verbal descriptions, in a flirtation between the characters, and eventually in the hook of a surprising plot. The setting is a silent partner in the interactions, constantly raising the stakes. The imagery of the script takes you into its memory: the historical plaques commemorating the suffering of the Second World War, the bars and the art works and the Weimar impulse to be carefree, the party town that at once wants to forget the past and commemorate it.

This hungry ghost haunts Murray-Smith’s coming of age play in a way that reminds of the responsibility the young have to accept the mistakes of the old. Tom (Michael Wahr) and Charlotte (Grace Cummings) negotiate an unexpected love affair in a loaded historical setting, and the choice of whether to love each other lets the audience play out its own investment about particular moral choices: The past or the future? Inheritance or spontaneity? Love or struggle? It’s the kind of high-brow blockbuster that refines the finest tendencies of one of our most prolific playwrights.

Berlin makes a virtue of necessity, using the limitations of a small cast to dramatise the dialectical forces that have captivated the narrative of political progress since the time of Hegel. Berlin’s two actors clash frenetically and dramatically. The dialogue crackles. The pauses yawn. Balletic intimacy, coordinated by Michaela Banas, is complimented by a two-tiered set which places a bed above a living room, and a painting above a bed. Christina Smith’s set and lighting design creates a kind of hierarchy where the clashes of making sense of the past prefigure love, and love prefigures art, which leads back into the past in a cycle that seems at different times as though it could be a perfect circle or a Gordian knot.

This is a play where all the elements work together and the script is just as grounded in the costumes (a hat that’s straight out of The Unbearable Lightness of Being) as it is in the evocative imagery of a stylish script. This is the dynamic intellectual movement of the Murray-Smith whose father started the magazine Overland, the woman who recalls listening to her parents clash over politics in the night. Both the intellectual energy and the relationship to the setting and the past recall Hare’s two-hander Skylight, also revived recently by the Melbourne Theatre Company. The plot twist and metaphor used to resolve the tensions in the story are, though, entirely Murray-Smith’s own.

Berlin is a play that will be familiar to anyone who follows the news about the legacy of the Holocaust, but it has a fierceness and a commitment that make it a memorably passionate contribution to the debate. Its final images are the most haunting. Berlin asks provocative questions about what it means to love a culture as well as a person, what it means to suffer, and whether to suffer or to love make us, in Charlotte’s words, ‘permanently special.’

Southbank Theatre, The Sumner
Until 22 May 2021