Founded in England in the 1970s, the Tallis Scholars are the leading vocal exponents of Renaissance sacred music in the world.
Suzannah Conway
[This is archived content and may not display in the originally intended format.] 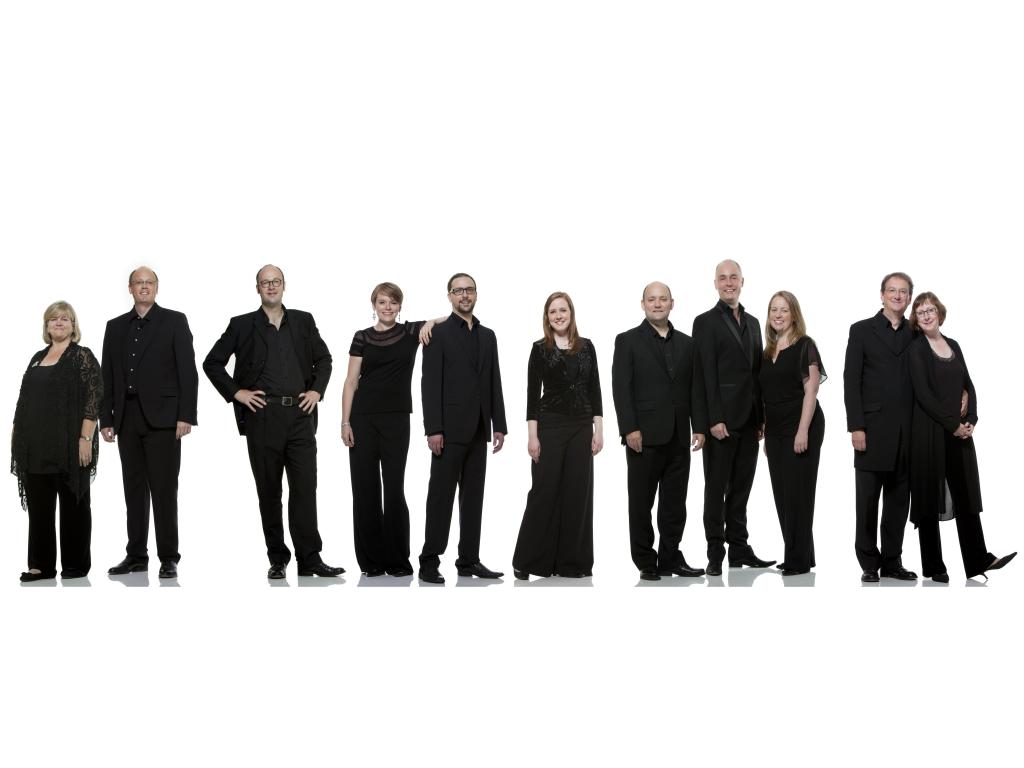 Some members of Tallis Scholars, 2016. Image via QPAC.

They last visited Brisbane in 2013 – where the group celebrated its 40th anniversary – receiving plaudits from audiences and critics alike for the purity and clarity of their sound, which is astonishingly beautiful and technically perfect. With the recent resurgence in interest in choral music in western culture, they can probably also lay claim to assisting in raising the standards of a cappella music of all kinds through their extraordinary performances.

This QPAC concert was the first stop on an extended seven city national tour for the ensemble and was enthusiastically supported with a packed auditorium. This was heartening, as the art form they deliver is rarefied, normally attracting those who are hardened aficionados. The Tallis Scholars used to perform solely early English and renaissance music but in recent years they have extended their repertoire to include contemporary ecclesiastical music with, among others, works by beloved English composer Sir John Tavener and Estonian, Arvo Pärt. This foray into the new may have something to do with extending their reach in terms of the current audience base, though one gets the sense that this music is so heart-wrenchingly beautiful that audiences just love to hear the lush sonority, regardless of what is being sung or who the composer is. Another signature of The Tallis Scholars’ program has also been to offer many elaborately textured and layered choral works, mostly in 7 or 8 parts so that each of the 10 singers are often singing his or her own line. It offers virtuosic opportunities for the singers and is particularly interesting for audiences.

The concert commenced with the namesake of Director and Conductor, Peter Phillips, who was a renaissance composer par excellence, presenting his glorious work in praise of music to St Cecilia, Cecilia virgo. Written in 8 parts, the division of the sung lines was taken by alternating groups of high and low voices. The high sopranos soared beautifully, floating their voices well above any stave while the alternating low sonority of the tenors and bass baritones balanced this crisply. After holding the last note for longer than normal, the singers ended miraculously together on the same note in the same key, even if the octaves were different. This showed amazing control and technical skill and was repeated in each piece of music.

Tallis was well represented with his Suscipe quaeso and Lamentations 1 in the first half of the program. The prayer for absolution, written to Elizabeth 1st as his patron, is set for 7 voices. The singers enter on low, soft notes gradually building to a solid polyphony of music with some splendid solos from both male and female altos in particular.

The program included three different compositions and approaches to the Lamentations of Jeremiah. Tallis’ work for 8 voices gave each singer their own distinctive line with a perfect balance of sound and nicely paced, gentle music. Phinot’s composition divided the 10 singers into more or less equal halves vocally, with sopranos dominating but the lower voices managing the texture of the work. The two choirs alternate and exchange each other’s parts with alacrity making this a complex piece musically although the notes were so perfectly executed, the voices could have been strings playing together, such was the quality of sound that was produced. Commissioned to write his Lamentations in 2013, American composer, Nico Muhly, offered a sparse, almost minimalist piece with its long held tenor note and repetitive phrasing with mixed results.

Arvo’s Pärt’s ‘Which was the son of …. ’ is a modern composition listing the lineage of Jesus Christ from Luke’s gospel and is so well-crafted musically and was sung with such vigour and precision that what was being sung was far less important that how. It worked splendidly.

Tavener’s ‘As one who has slept’ displayed his signature undercurrent ‘drone’ from 5 singers positioned at the back of the stage while 5 voices centre stage repeated the 2 lines, producing a chant-like mystical quality.

The two lesser-known Renaissance composers, Clemens and Crecquillon, both wrote music demonstrating great clarity and beauty. Clemens’ ‘Ego flos campi’ is a delightful and clearly articulated work in praise of the Virgin Mary, while Crecquillon’s ‘Andreas Christi famulus’ written for 8 voices, is an excellent well-crafted work showing off the talents of the 10 singers to their full capacity.

The finale offered one of the most complex and difficult works in the repertoire of the Tallis Scholars, Tallis’ majestic ‘Spem in Alium’, which was written for 40 combined voices, to be sung in 8 parts with 5 singers in each part. The forces of the QPAC Choir, trained by choirmaster Timothy Sherlock, together with the Scholars, combined under Phillips’ baton to present this extraordinary work. This was an impressive and not to be underestimated undertaking and, even though the Scholars clearly took the lead in their respective groups, the work of the choir was exemplary.=

The entire evening was near perfect – not a note or a movement out of place. Peter Phillips conducts minimally, encouraging volume or emphasis with merely small gestures while the Tallis Scholars deliver their a capella singing simply, with no embellishments. Just straight lines of singers dressed in black with a double line of 40 singers for the ‘Spem in Alium’. This simplicity is in stark contrast to the joy and wonder of the music they present.
.