A near-future superhero showdown demonstrates sophisticated understanding of the nuances of good and evil.
Nerida Dickinson
[This is archived content and may not display in the originally intended format.] 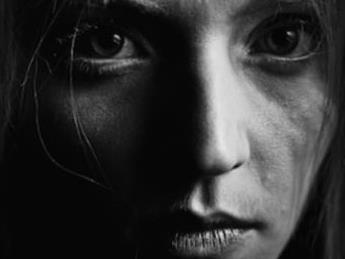 Set in a believable dystopian police state, paying lip service to democracy and freedom, The Night Guardian follows the experiences of the title character as her personal understanding of the world around her is turned upside down.

Opening with a familiar sequence of many a superhero adventure, the Night Guardian wrangles with criminals, emerges victorious and holds a press conference. A slight hiccup arises since Dr Chaos, a furtive broadcaster, has named the Night Guardian as a menace to society.  A keen reporter follows the Night Guardian from the conference to her sunrise perch on the roof of the Justice Department, keen to know more about the figure behind the cape and mask, only to be thwarted by her abrupt disappearance.

The script then deviates from the clear cut world of comics and action flicks, as motives of various characters are called into question, personal histories are uncovered, files stolen from secure facilities yield their secrets, Dr Chaos displays his innate naïve idealism, the Night Guardian explores her dreams and true identities are revealed.  Arguments between the Night Guardian and those around her leave us unaware, to the very end, how she will react to events which trap and threaten her and her loved ones.

Dialogue is intelligently written and clearly delivered by all performers, allowing detailed explanations of the technology and politics behind it all (so satisfying to a sci-fi crowd). Nick Maclaine steals the stage with his exuberant blend of Tony Stark and Paul McDermott. He takes the dual identities of his character and makes ‘Dr Chaos’ believable, sympathetic and possibly even the good guy, while cleverly making a journalistic career seem intensely glamorous – another staple of the superhero genre that this play does well. Ellen O’Connor as the Night Guardian manages to portray a mask-and-cape role with depth, humour and ambiguity. Whether she is a superhero or a cog in the machine of an oppressive regime, she is aware of her isolation from other people and her own agenda is not clear – that O’Connor can do all this, on a small stage, is testament to her dramatic skills and ability to interpret a complex character.

Rhoda Lopez and Maitland Schnaars work hard in every other role around the two main characters, quick costume changes, hastily seized props and changes in posture and accents to achieve the impression of a whole city’s population. There are no flat moments from either, with Lopez especially impressive in a quiet scene change, where she convincingly rearranges the set while playing the part of an old blind ninja master. This is by no means the highlight of the show, but is indicative of the standard maintained throughout each and every scene, by all performers.

Superheroes fight villains, and beyond the Night Guardian’s powers evoked by clever lighting changes, there are some exciting fight scenes.  These are well-timed and done in the best traditions of choreographed scenes from modern films, not too stagey but not clumsy afterthoughts to the emotive dramatic moments.

The lighting and sound work is tight, and enlarges the PICA performance space. The Night Guardian tackles big themes on a grand scale, so it is necessary.  Set design is nifty and sturdily constructed, with actors using elements of the bamboo and timber-rich frame to frame action and create a sense of space.

The Night Guardian is a heroic addition to this year’s Fringe World festival. 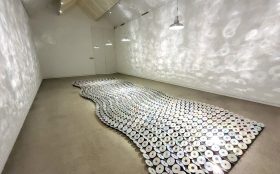