Intellectually there is much of interest, but The Golden Age doesn't resonate as much as one would hope.
Tomas Boot
[This is archived content and may not display in the originally intended format.] 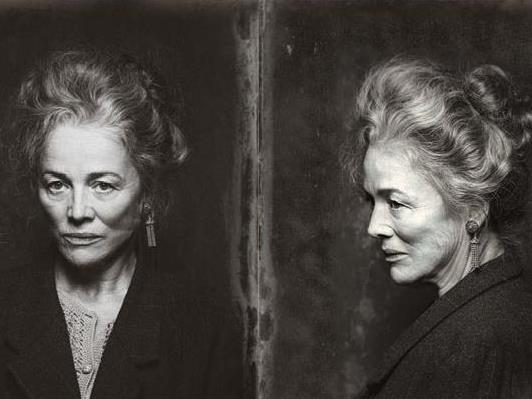 There’s always something a bit dubious about the term ‘modern classic’. I expect at least one civilisation to have fallen before I can think of a piece of art as having stood the test of time. Buildings must crumble. Infrastructure must fall into disrepair. Little toys and knick knacks must be excavated from buried houses. This latest airing of Louis Nowra’s The Golden Age, premiered in 1985 and brought to life here by the Sydney Theatre Company, is a fascinating look into a bygone time with modern meanings, even if the end result is a little unaffecting.

Based on a story that Nowra heard, and that he doesn’t know is actually true or not, The Golden Age, at its most basic, depicts a clash of cultures. It begins with a play within a play, with an Ancient Greek tragedy where a woman booms her lines from atop the huge mound of dirt that makes up the set, while a male supplicant shuffles forth before her. Lodged in the soil is part of a Parthenian column, and lodged in the scene is the expectation of an audience: if you’re declaiming Greek verse at them, then there’s a very good chance you’re drawing parallels. It comes out that Elizabeth Archer (Ursula Yovich) is putting on a charity performance for a blind foundation. Her son, Peter (Remy Hii), and his friend Francis (Brandon McClelland) are off to explore the Tasmanian wilderness in a few days, while her husband William (Robert Menzies) and she will hold down the fort, house staff and all.  Murmurs of Nazism, as well as the appearance of wooden tennis rackets, let us know the time.

The two young men discover more in the wilderness than an Attenborough special would have them expect.  A lost tribe, in fact, from circa the gold rush.  They’ve been gone so long, and procreated too, that they’ve created their own language of sorts.  Ayre (Sarah Peirse) is the most loquacious of them, spouting out lines such as ‘To the greeny pallor o’ thee kingspot; o’ cunty goldy’.  The performance offers some translations of this neo-language of Nowra’s: ‘Welcome to this green land fit for kings, this land rich and fertile’.  Betsheb (Rarriwuy Hick) catches the eye of Francis, even if they can barely understand one another. Stef (Liam Nunan) is bereft of speech, and some of his faculties as well, expressing various pleasure and displeasure with laughs and moans. Nunan does very well in this role, creating a translucent personality that creates a satisfying puzzle of motivations. Mac (Anthony Taufa) also has no words, even though he has the ability to use them. There’s also Melorne and Angel, but it is Ayre that is the matriarch of the bunch, and Ayre that ultimately makes the decision to return to civilisation.

Civilisation takes an interest. Specifically, the government. William wants to study them, but the government, fearful of what Nazi propaganda will make of Stef (to paraphrase, ‘only three generations got us to this!’), have them locked in an asylum until the end of the war. Consequences ensue.

Director Kip Williams has more than competently lead his cast and crew into a fine production, but for me, it never quite soars – it reaches for the epic (it runs for two hours and fifty minutes) but manages only to graze it. There’s many a message to be taken from the play as well, although it is never particularly didactic, much to its credit. Intellectually, there is much of interest, but it never quite struck the gut, or the heart, as much as one would have hoped.

The voice coach, Charmian Gradwell, is to be especially applauded for the casts ability to take to the new language with utter conviction and emotional depth. David Fleischer’s set, a theme and variations on a large mound of dirt with bits sticking out of it, is more engaging and dynamic than first look would have given it credit for, and the lighting by Damien Cooper supports but never intrudes. The acting is also top notch, with special mention given to Hick as Betsheb, who takes on a sizeable chunk of narrative even without proper English to communicate with.

Perhaps not the modern classic it is purported to be, but an enjoyable night nonetheless.