A gutsy story performed by an emerging artist who knows all too well how hard it is growing up non-binary femme in a farming family in rural Tasmania.
Kath Melbourne
[This is archived content and may not display in the originally intended format.] 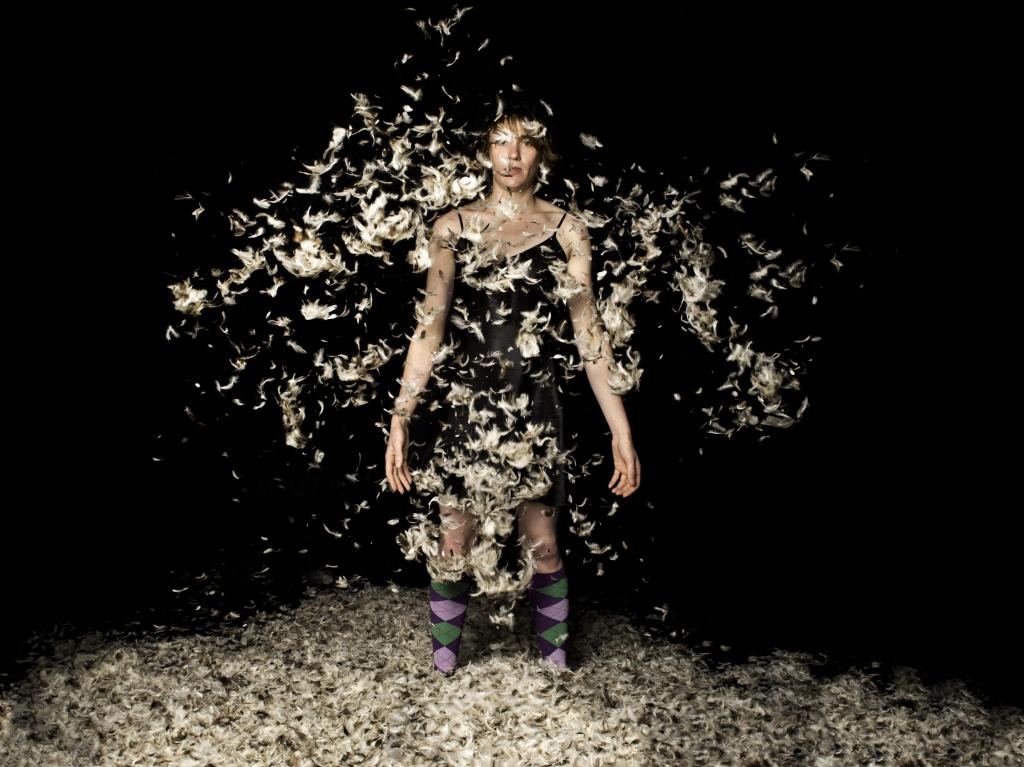 Zeb: A Gender Odyssey is a gutsy story performed by an emerging artist who knows all too well how hard it is growing up non-binary femme in a farming family in rural Tasmania.

There’s a simultaneous vulnerability and strength in choosing to share your story with strangers, to find the courage to express a story so personal and revealing. On opening night Zeb was in safe hands, amongst a very supportive audience who stomped their feet, hollered and held out their hands in support.

Zeb: A Gender Odyssey is part intimate storytelling experience, part cabaret and part vaudeville. It is a tale that is as equally funny as it is engaging. The set, designed by Jill Munro, is a kind of playground in which barriers turn into jewellery and cloth falls from suspended pipes. Zeb shimmies their way through this space, making fantastic use of manchester to transform themselves into the characters that inhabit their world.

This storytelling is the real strength in this work as Zeb navigates their way through the journey of life. There’s some effective and thoughtful writing as Zeb engenders their morning routine.

‘Juice, is juice female? When I drink juice I feel female.’

Or in bold lines describing their cabaret audition experience when they threaten to ‘jazz ballet take out everyone of those fuckers.’

Or when they share the story of the colleague at a department store where Zeb works, who protests about not being given the staff discount for her bra, as it’s not considered part of the uniform. So she then turns up to work not wearing one and her boss quickly decides that perhaps bras should be considered uniform.

As we watch Zeb share stories of late night clubbing and walking home, we see both their strength and humour. It’s a point at which the audience sees an insight into the very real fear and vulnerability of queer and trans people when they step out in public being who they are.

Philip Channells directs the changes between Zeb’s fantasy world and lived reality with a sense of earthy humour and finds a rhythm in what could have become a sense of rapid chaos on stage.

Zeb is accompanied by Musical Director and pianist Amanda Hodder, a clearly talented singer and performer, whose talents could be further explored to add strength to the work.

I hope that Zeb continues their professional journey in the arts and further develops their capacity as a storyteller. Emerging voices like Zeb’s are so important to the future diversity of Australian stages.