Victorian Opera has gone where other Australian companies fear to tread, and emerged all the better for it.
Patricia Maunder 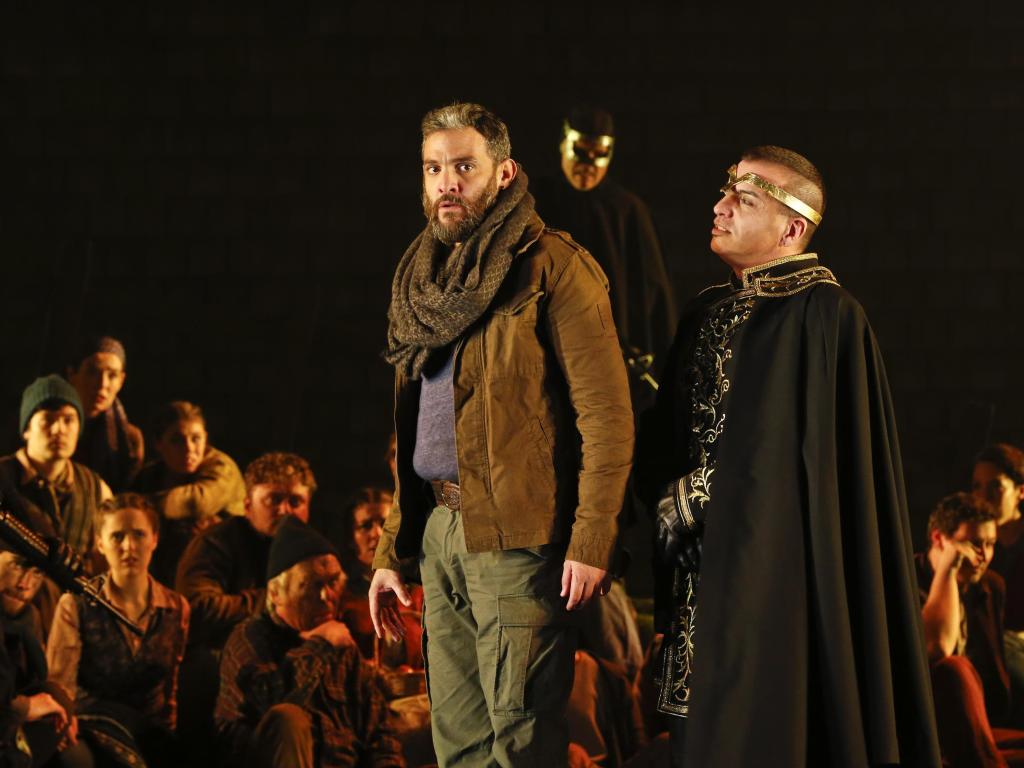 It’s extraordinary to think that this is the first time William Tell has been performed in Australia since 1876 – which was its only outing here, in fact (and apparently a humble affair). How could an opera, whose overture’s finale is so steeped in popular culture (from The Lone Ranger to A Clockwork Orange) be so long overlooked? Perhaps because it’s a work on a grand scale, including several demanding principal roles. In its largest production to date, Victorian Opera mostly overcame these challenges with splendid singing and music that was worth the wait.

Premiering in Paris in 1829 (as Guillaume Tell), Rossini’s final opera is set in Switzerland, where the local people are oppressed by their Austrian rulers. When Melcthal, the leader of a village on Lake Lucerne, is killed by the despotic governor, Gesler, William Tell urges rebellion. He is particularly eager to have the late patriarch’s son, Arnold, on side, but the young man is torn because he’s in love with Austrian princess Mathilde. She loves him in return, and is sympathetic to the locals’ plight – especially when Gesler punishes famed archer Tell by demanding that he shoot an apple from the head of his son, Jemmy. His arrow finds its mark, and the uprising eventually succeeds.

Victorian Opera’s artistic director, and the season’s conductor, Richard Mills, has judiciously edited the famously lengthy score (so goodbye ballet interludes, which the Paris Opera always demanded). The result is a musically and narratively strong three hours, yet the cast still has a vocal mountain range to climb. Argentinian Armando Noguera was assured throughout in the pivotal title role, displaying a strong, resonant baritone and a leader’s confidence. As Arnold, Colombian-born tenor Carlos E Bárcenas may have been slightly awkward in expressing his passion for Mathilde physically but, more importantly, had little difficulty with the role’s huge vocal demands. He has lovely tone, and his big top notes were unwavering, most memorably in the Act 4 aria, Asile héréditaire.

Danish soprano Gisela Stille also impressed as Mathilde, gliding up and down the bel canto rollercoaster with her clear, powerful voice. Clarity and power were also the hallmark of young Australian soprano Alexandra Flood’s voice, which rang out with piercing purity, even above the 70-strong orchestra and 40-plus member chorus. With boyish swagger and anxiety, she interpreted the role of Jemmy nicely. Under a mass of old-man hair, beard and make-up, an unrecognisable Teddy Tahu Rhodes showed off a bass that’s as rich as ever as the taciturn, dignified Melcthal. The supporting cast was also very capable, including Liane Keegan as Tell’s wife and Paolo Pecchioli as a psychopathic Gesler (some may say he hammed it up too much, but I enjoy a larger-than-life operatic villain).

The ensemble singing was very fine, and the well-rehearsed chorus produced a glorious massed sound, particularly the gents’ call to arms at the end of Act 2 and all together for the opera’s rousing conclusion. Orchestra Victoria was prominent, and not only because they were there, en masse, for all to see in front of the stage rather than in a pit. Mills elicited precise, evocative music from his players, including gorgeous solos, from the overture’s flute to the finale’s harp.

Director Rodula Gaitanou’s take on William Tell is a dystopian near-future in which the nature- and freedom-loving villagers are contrasted with the vicious, technologically advanced oppressors. This is most evident in Esther Marie Hayes’ costumes: rustic styles and materials versus black, fascistic uniforms. The neo-Nazis toted machine guns and a chemical weapon that, curiously, only affected the villagers, and was staged with such an effusion of stage smoke that it’s a wonder anyone could sing.

While the Palais’ vast stage is a plus for scenes in which the chorus appears in force, it’s challenging for a production that clearly doesn’t have a vast budget. A single simple set, with rudimentary changes at interval, sufficed throughout: essentially two raised areas covered in artificial turf plus a flat, dark structure as a backdrop. Yes, it sufficed, but was almost distractingly plain, just saved by some handsome lighting, also designed by Simon Corder, and occasional flashes of colourful flags and flowers. At times the production was at odds with the libretto – the lake, so important to the story, is not even hinted at, for example – or struggled with its demands. Though it’s undoubtedly difficult to execute effectively, the apple-shooting scene was merely an anti-climactic fudge.

Theatrical disappointments aside, this William Tell is epic operatic entertainment thanks to its marvellous cast and orchestra. Once again, Victorian Opera has gone where other Australian companies fear to tread, and emerged all the better for it.