Review: This Boy’s in Love at Adelaide Cabaret Festival

Cappalletta works hard, bringing his considerable talent as a performer to the little stage, winning us over with a smattering of well-placed audience interactions.
Emma Bedford 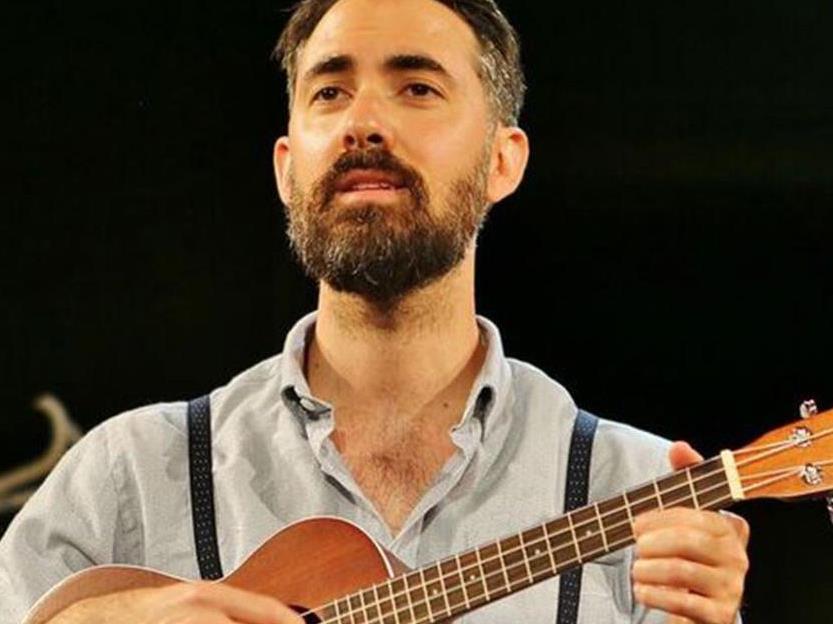 Adriano Cappelletta’s This Boy’s in Love.

Adriano Cappelletta is tall and thin with a prominent beard. His dark hair is neat and hipster-ish, side-parted with a pronounced, curling cowlick.  At the commencement of This Boy’s in Love’s he rushes through the audience up on to the small stage, zeroing in on a hallstand and several shirts, preparing for a date. From the first, Cappalletta launches into the comfort zone of his own heavily scripted material, leaving a bewildered audience scrambling to catch up to the moment, as though nervously waiting in a doorway.

Talking rapidly, he dresses for a date, wading through long-sleeved, faux lumberjack shirts, most have elbow pads; he talks at us, bemoaning his age (he’s 35) and lack of love. Finally, he dons a navy concoction and off we go on (another) of protagonist Ado’s failed romantic excursions.

As the show progresses we meet Felix, brought to life with a change in Cappalletta’s speaking voice and the deployment of a texta-drawn men’s tie on Cappalletta’s arm that he holds to his throat. A love story starts to unfold, wreathed in song. This jumpy, charming show cleverly capitalises on the talents of our protagonist, the warmth of Nick, his long suffering pianist with whom he shares a stage and toolbox of theatrical conceits. There are some truly entertaining one-man mimed kissing scenes, casually executed by Cappalletta’s Gaulier-trained, quivering lips.

Romance, the central theme of the night, sweetly grows, ‘I started to put poems in trees he passed on the way to work.’ Cappalletta steps seamlessly between the voices of his cast of characters, at a pace and with conviction. He conveys vulnerability, successfully making light of the darkness of loneliness and self-doubt, peppering the piece with observations on what it means to be gay and thirsty for a relationship in a culture that appears to strongly promote the opposite. During an argument, he hurls ‘I’m supposed to mince into a toilet block and have sex and then go home to make recycled fashion?’

Cappalletta works hard, bringing his considerable talent as a performer to the little stage, winning us over with a smattering of well-placed audience interactions. When the show ends, it does so almost poignantly, abruptly, at a realistic break in the relationship. True love in our age of distractions and sexual smorgasbords can be both fleeting and painful but from this, smoother, feel-good (spoiler alert), unexpectedly vivid happy ending emerges where an edgier ‘end’ to the piece might have left things in more relatable, if bleaker territory. Uplifting sweetness saves the day.

Worth mentioning is This Boy’s in Love’s curiously late slot. Rejuvenated by an hour of ‘uplifting gay romcom cabaret’ we head out smiling into a brisk, Adelaide evening only to find there is nowhere to celebrate. The Festival Centre’s bars are closed, the ghost of a crowd flitting across the Centre’s Winter Garden. Fire pits on the terrace merrily releasing heat for no one. Perhaps 8.45pm programming might be less absurd within a festival with a more vivacious late-night vibe.

This Boy’s in Love