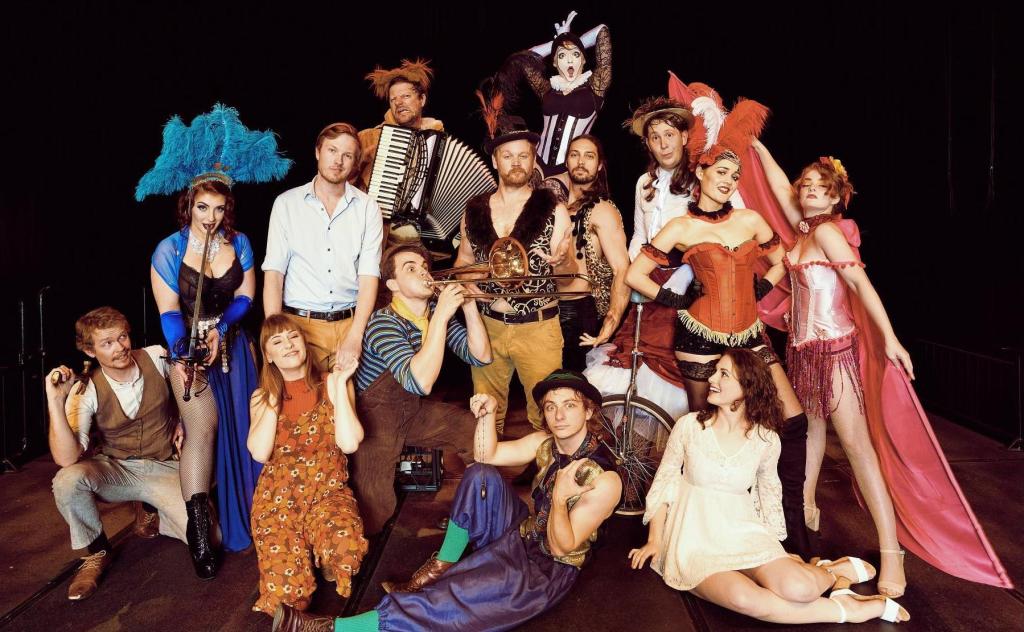 Perfectly timed to refresh Brisbane’s hot summer days, A Midsummer Carnival brings fairies and magic to the city with an eccentric production that can’t be missed. Produced by the Brisbane Immersive Ensemble, A Midsummer Carnival enchants the audience and thrusts them into the charming world of fairies who fool around to the sound of gypsy jazz tunes.

It all begins in the plaza just outside of the Powerhouse where the spell is cast. Here, the audience is gathered, welcomed, and introduced to the whimsical characters of the play: a long-legged man with a top hat, a pantomime harlequin, a cheeky hypnotist, a devoted but light-headed fairy, a voluptuous sword eater, and a charming Bedouin with long braids, among others. The play has a large cast with actors of different skills and levels.

The show is highly immersive. The audience is invited to move as they please across four areas: a sideshow alley, a caravan of love, a circle of magic, and a theatre stage. Actors can always be found in each space, unfolding their own story which interjects and intersects with the others in multiple ways. The play is inspired by Shakespeare’s A Midsummer Night’s Dream, but the plot is merely background to an immersive world of magic and fairies. If you know Shakespeare’s play well, it might be easy to follow, otherwise it’s almost impossible; instead, the intricate plot contributes to the absurdity of the carnivalesque worlds in which the audience find themselves. It also facilitates the immersive experience because you are less focused on following the progression of the plot, and more on experiencing your surroundings.

The audience become active participants in the show. Audience members are invited on stage, tricked into playing games in the sideshow alley, asked questions about their love lives, and drawn in moments of plotting and dance. And yet, interactions with the audience are never pursued at the expense of the script. The show is fully immersive, but not completely interactive, which means that improvisation and all the goodies that come with it are kept at bay.

The scenography, including the actors’ costumes, is captivating and instrumental for the success of the theatrical immersion. The space in which the play unfolds is very well-curated, with attention to the details: stars dangle above the magic circle, tarot cards and crystals adorn the caravan of love, and lush ivy covers the ceiling and walls that lead into the magic world of The Midsummer Carnival.

The actors have a high energy and the acting is very persuasive. They move on stage truly impersonating magical creatures of a fantastic world. Special mention in this regard goes to Puck the hypnotist.

The immersive nature of the show makes it difficult to come back to real life when the show ends. If you are lucky enough, you can leave with a souvenir, like I did with a heart-shaped lolly.