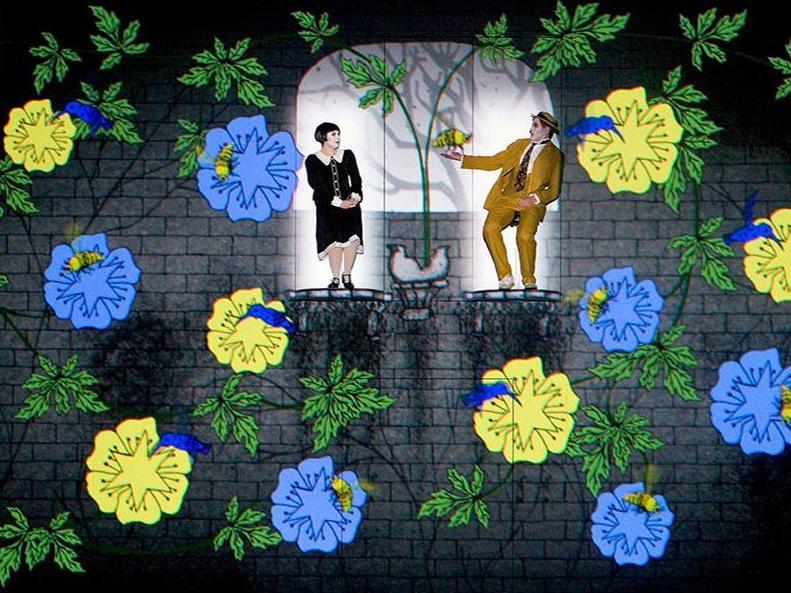 Adelaide audiences don’t often take to their feet for a standing ovation. Robust clapping and a few calls of ‘bravo’ are usually the mark of an audience’s enthusiasm. They made an exception for Barrie Kosky’s audacious staging of The Magic Flute, produced with Komische Oper Berlin in association with Suzanne Andrade and Paul Barritt of the British theatre company 1927.

This is a slick production that has been touring internationally for a number of years since it opened in Berlin in 2012. It was an Edinburgh highlight back in 2015 and has received considerable acclaim, then and now.

The Magic Flute – Die Zauberflöte – is probably Mozart’s best-known and most-loved opera. There’s also a touch of sadness, given that the composer died only a few months after its premiere in 1791 and never knew of its immense popularity. What he would think of this iteration we’ll never know.

The production begins conventionally with the wonderful overture played by the Adelaide Symphony Orchestra (ASO) down in the pit, under conductor Jordan De Souza and concertmaster Natsuko Yoshimoto. That’s where convention ends and the fun begins.

The red curtain rises to reveal a flat set with doors that pop open to reveal the singers perched on tiny ledges. It has the effect of making them look like figurines on an Ikea bookshelf. It also leaves only a narrow space front of stage for the singers and chorus. These two staging decisions mean there is very little movement and few direct exchanges between the characters. The opera is written as a Singspiel with lines spoken between the music, giving a change of pace and allowing the characters some real interaction. Kosky has removed the dialogue, replacing it with words on the screen – akin to captions in a silent film, as per 1927’s well-established aesthetic.

The real action takes place in the animations, projected full screen across the stage. These are partly reminiscent of old silent movies and partly bang-crash cartoons. There were nods to the book’s origins as an Oriental fairytale in some of the animated creatures, and there are references to Ancient Egypt too. The animation is extremely clever, and for the most part very amusing – the drunken pink elephants and the small black cat were clear audience favourites.

This all combines to overwhelm the real business of the opera, the singing and the music. And that’s a shame because the singing was top-notch and the ASO gave a superb reading from the very first notes.

Aleksandra Olczyk shone as the Queen of the Night, her voice absolutely soaring in the breathtaking aria. Kim-Lilian Strebel sung beautifully in the central role of Pamina and Aaron Blake was an engaging Tamino. Norwegian baritone Tom Erik Lie captured the comic quality of Papageno and Andreas Bauer Kanabas was dignified as Sarastro with his rich bass notes. The supporting cast were equally good although it was a shame not to see more of the chorus.

There were many moments where the principals were almost obscured by the projection as they sang. This did them a disservice, diminishing the vocals to the point where they were mere accompaniments to the film. Similarly, the music was relegated to being a soundtrack, not the main event.

Curiously this production virtually expunges the opera’s Masonic themes. The Magic Flute has always been known as ‘the Masonic opera’ and the composer himself was a proud member of the brotherhood. Mozart and librettist Emanuel Schikaneder wrote the opera as a representation of Freemasonry, albeit cloaked in a love story, but there was little Masonic imagery to be found here.

Barrie Kosky and 1927 have undeniably produced a magnificent piece of theatre but there is so much going on that the opera itself gets lost.