The Hitmen is a grotesque comedy with a quirky Australian flavour.
Arjun Rajkhowa 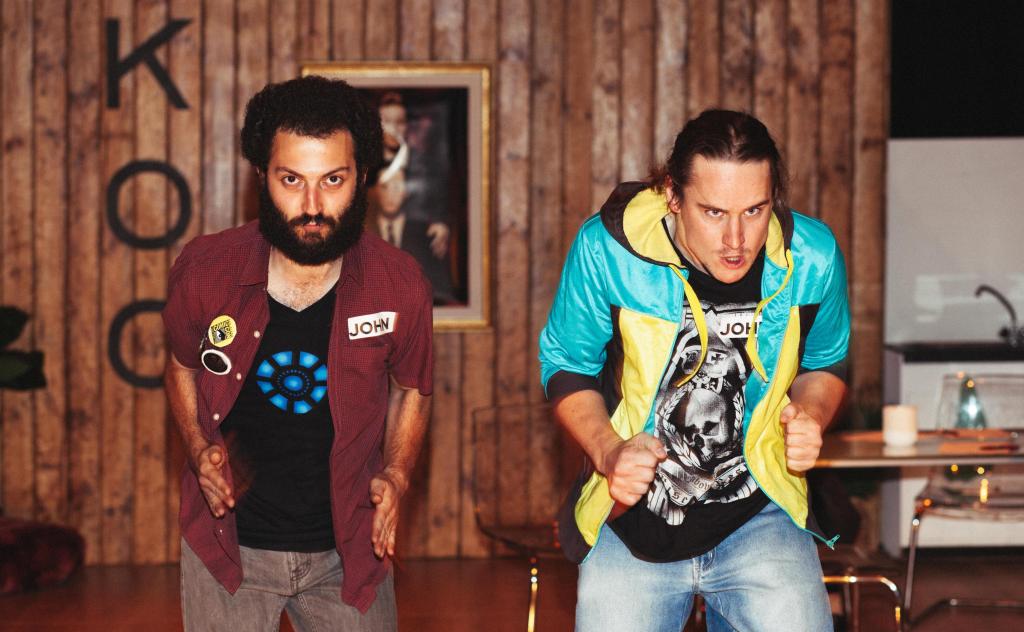 The Hitmen is an Australian play that oozes witty black humour and showcases some blisteringly good local talent. It is a grotesque comedy with a quirky Australian flavour. The plot revolves around a group of desperate young job-seekers who find themselves in dire circumstances when they apply for an unusual position – that of a hitman. Entrapped in a neat corporate office that houses K. O. C., Australia’s largest professional agency of contract killers and assassins, they gradually discover that the hiring process is going to be a horrifically brutal one: one by one, the weaker candidates will be literally eliminated. Finding themselves at the mercy of a maniacal and homicidal corporate honcho, the odious Gwen (Cazz Bainbridge), they progress through a series of fatally flawed challenges, gradually becoming more competitive and brutal in their pursuit of the singular position that’s available. In turns hilarious and gory, this play gives new meaning to the phrase morbid humour.

Bainbridge excels as the psychopathic but zany Gwen. Will McDonald performs brilliantly as a nervous and anxious young man who cannot make sense of his gory predicament but unwittingly plods along to the end. Eidann Glover and Harry Borland persuasively and flawlessly play a ‘dero’ and foolhardy but devoted couple whose aggressiveness towards the other candidates finally devolves into violence towards one another; Michael Argus has a brief but brilliant moment as an old assassin who’s come to reclaim his former job;  Raymond Martini plays an insouciant geeky gamer with élan; Sophia Petridis has a gentle presence on stage as a quiet mother on the lookout for work and redemption; and Tim Lancaster plays a silent but formidable sentinel who does Gwen’s dirty work.

The Hitmen has been conceived and executed superbly. The writing and acting are flawless, as are the production elements. The set design, sound and lighting are just right. The lighting enhances the tension in the play, accentuating the contrast between the evocativeness of the soliloquys of individual characters (which reveal moving and complex back stories) and the grim comedy of the general plot. The set resembles a nicely decorated and ordinary corporate setting, its neat ordinariness belying the horror that gradually unfolds. This is a well-executed play that handles the contrasts and interplay between absurdity and profundity well.

Nevertheless, something about the writing leaves unanswered questions. What does this grim situation represent? Should I read into it? Is the spectre of joblessness merely an incidental element of the plot or a fundamentally important part of the playwright’s implied social critique? If the latter, does the desperation of the job-seekers leave a lasting impression on me, or does it dissipate in the light of the play’s black humour? These questions, though, do not diminish the entertainment value of the performance – even for the more metaphorically-minded.

For the excellent performances of the very talented young actors, the astute character development and the clever dialogue, this is a play definitely worth watching.