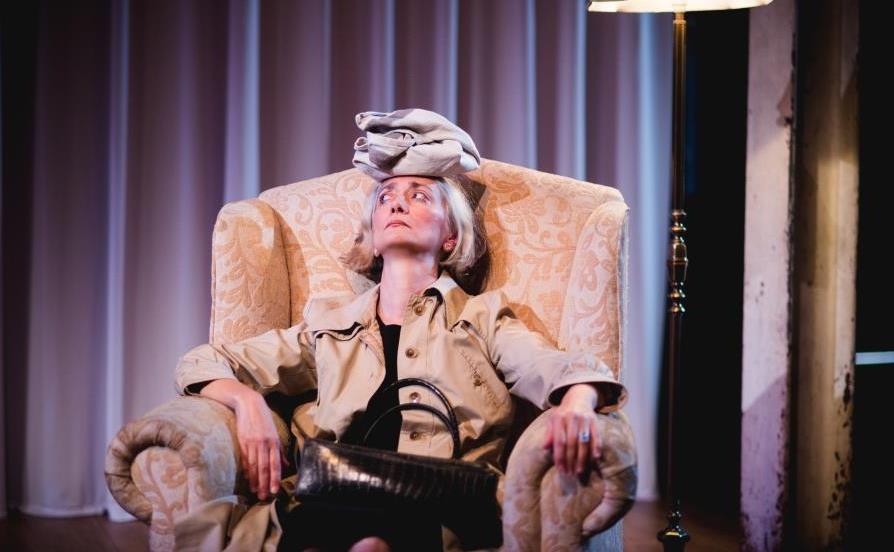 Early ‘in the room’ with these characters, it is the comic wordplay which immerses the audience. In this small world, the two characters are dryly funny and their connection perplexing. Touchingly, the relationship does clarify, yet, there is a melancholy which sets in as the watcher is guided to a darker place, one with a very real concern for welfare.

The Curtain is playing at fortyfivedownstairs and it is a production of empathy for a largely invisible community almost never represented on our stages. The setting is a domestic dining room and these two elderly men appear to be of some long acquaintance. Leon is a bit of a chatterbox with a funny turn of phrase and Francis is a dourer person – cranky, worn down by Leon’s stories and somewhat reactionary. They board in the house of Ada, a widow, in a small country town. These two have an inertia and powerlessness and, though Ada takes their well-being seriously and with sympathy, the lives of the three are set for change.

The script by Daniel Keene begins in quick-witted, slightly deadpan humour as it builds the audience’s understanding of the men. After Ada enters, the text, while never losing its intelligent bedrock, absorbs the viewer in story and piques a curiosity to know more about their past. The placement of words like ‘squishy’ and ‘dog-eared face’ with some precisely quoted poetry, rise above storytelling with director Beng Oh maintaining a tight control over how the three relate to each other. Especially telling is Oh’s implementation of the pathos of practicality in scene changes and also interesting is how Ada seems to see the men as a matched set and yet they live on an unstable erosion point after a lifetime of individual agency.

Gil Tucker as Leon is bright and comfortable and Paul Weingott as Francis, despite some evidence of opening night nerves, has a dither that is effectively annoying. When the significance of the curtain arrives and the narrative flows gently away, different men emerge and the melancholy begins. As Ada, Milijana Čančar brings dignity and self-possession to her character, particularly in an excellent command over an extended grieving monologue which is delivered in a one-sided conversation where the ums of her dead husband are implied. It’s deeply affecting theatre.

Very subtle lighting and sound contributes in no small way to the emotional content and sweetly lingering sadness of The Curtain. Warm and cool colours and amber practical lamps are operated with considerable delicacy; focussing attention on some characters as we peer in on a sharing of inner realities. The music is equally discreet with a 20s slow jazz character in sax and in the brushed cymbal presaging final events.

The words and their import delight in The Curtain, Leon almost bounces with their rhythm, as the evocation of loneliness and the inevitably of loss when ageing haunt well after leaving the theatre.