The ramshackle rooms of a former home for elderly and destitute men become the site of a new dance work by STRUT in collaboration with Punchdrunk's Maxine Doyle and collaborators.
Richard Watts
[This is archived content and may not display in the originally intended format.] 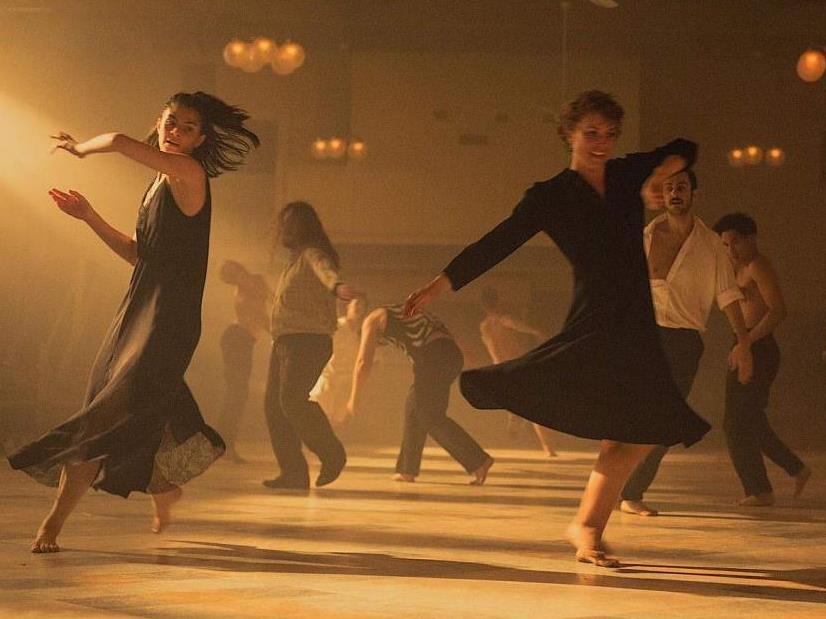 Starting life as the Claremont Old Men’s Home in 1904 and renamed the Sunset Hospital in 1942, in the midst of World War II, Sunset Heritage Precinct is redolent with history and atmosphere. Men such as Samuel Speed, transported to Australia as a convict in 1866 aged 25, came here to die – often destitute and alone.

Today the precinct stands empty, flanked by the affluent homes of Dalkeith. Its ramshackle former wards and stone-walled morgue look out over the Swan River in silent reverie. Silent until now, that is.

Earmarked for future redevelopment as an arts and cultural precinct, with an EOI process now open to appropriately credentialed organisations, the first stage in Sunset’s latest transformation began more than two years ago, when work began on readying the main hall – a former theatre and cinema for residents – as a venue for the world premiere season of Sunset.

One of seven ‘Made in WA’ works premiering at Artistic Director Wendy Martin’s fourth and final Perth Festival, Sunset is a collaboration between Perth-based choreographic centre STRUT Dance and Maxine Doyle, Associate Director and Choreographer of UK theatre company Punchdrunk.

Perhaps because festival copy has promised us we would ‘wander with the spirits of Perth’s colourful past,’ and perhaps also because Punchdrunk are famed for immersive promenade works such as Sleep No More, the unfolding of the production is initially disappointing. Instead of exploring multiple sites across the precinct, 95% of the performance takes place in a single room, in which we are invited to move around at will, though few take up the opportunity.

Also underwhelming is the framing device Doyle has used to tell her story. Avoiding an overly literal evocation of the precinct’s history, Doyle instead has chosen to explore an abstracted retelling of the Greek myth of Demeter and Persephone – which seems at best a wasted opportunity, given the history of the site and its residents, and at worst flagrantly Eurocentric, prioritising a Mediterranean myth circa 1200 BC over 45,000 years of Noongar connection with the precinct and the land it occupies.

Some attempt has been made to localise the framing narrative – piles of red earth and burgeoning foliage are visible in the building’s outer chambers, as if referencing the encroaching wilderness and the site’s slow decay, as well as the return of Spring sparked by Persephone’s return from the underworld – but we are given little opportunity to contemplate the meaning of these installations as we enter, as the press of the crowd behind quickly forces us on.

Once in the main hall, Sunset sets out to explore themes ‘of love, of loss and of an existential limbo,’ according to Doyle’s program notes. European traditions seem to dominate throughout. An accented émigré reads poetry, mourning his lost home and reflecting on the passage of time; curtains part to reveal a string quartet; dancers swirl in folk-influenced choreography, leaping and kicking and clapping with gusto, though despite their encouragements the audience fails to clap along.

The stories of the broken men who were housed at Sunset – the battle-wounded of two World Wars; the homeless and the insane, euphemistically referred to as ‘colourful residents’ in the director’s notes – are present, but we have to look hard to find them. Instead we see images of a half-naked sybarite and a gilded youth; a solicitous nurse clad in white; a Dada-esque cabaret where skeletal figures menace a young woman in the woods; a grieving woman dressed in funereal black who sobs and spins on the floorboards.

Matt Adey’s lighting design showcases the room’s peeling paint and wooden beams beautifully, while the hall’s features – its proscenium stage, long row of windows and the serving hatch opening on to the kitchen – become essential parts of the production.

Especially memorable is a sequence in which the performers parade past the windows, arms extended as if in some supernatural line-dance; next they seem to fall endlessly in a moment of genuinely striking choreography, as gum-leaves and branches protrude within and figures scrabble at jambs and sills.

Elsewhere, the baking of a cake in the kitchen takes on comic proportions; jars of flour move by themselves; a party becomes a bacchanal as if in desperate rejection of the threatening passage of time.

Later, two men perform together on a row of chairs, one hirsute and slumping against the other, who moves impatiently away; a physical refrain that is repeated and repeated like a tabloid newspaper’s condemnation of the homeless.

Vocals are sometimes muddy and diffused– perhaps due to the placement of speakers in the hall and the challenge of mixing evenly throughout the space – making it occasionally challenging to ascertain what is being said or sung, and while Rachael Dease’s sound design is atmospheric enough, it’s only when the string quartet take to the stage that the music truly comes to life.

Finally we are ushered outside, for a finale which feels unnecessarily drawn out – perhaps due to the size of the crowd and the time it takes to arrange them in position – and drained of impact as a result.

Considerable work has gone into the creation of Sunset and its ambitions are many and admirable, though as a production it feels less than the sum of its parts. At times dreamlike and mesmerising, its abstractions feel out of touch with the location that has inspired it, and while sometimes melancholy and often memorable, in comparison to other site specific works seen in recent years, such as NORPA’s Dreamland, it lacks both focus and heart.

Richard Watts travelled to Perth as a guest of Perth Festival.