A night of jazz that says ‘jack of all trades, master of …’.
Raphael Solarsh 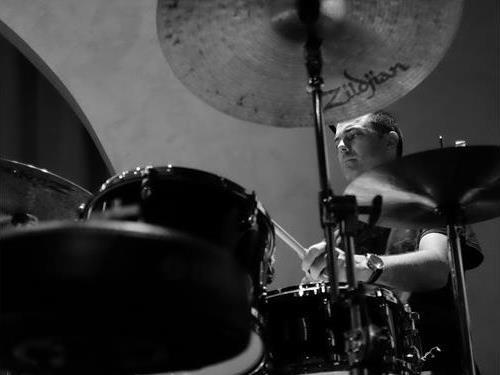 Painting with many colours is no small feat. There must be a reason to use them, a guiding vision and the means to execute it. Reaching for the full pallet of hues won’t work if the intent is simply to show a lot of pretty colours. What is true of aesthetics is equally true of music, particularly jazz, where part of the playing is the adding of new colours, notes or themes on the fly.

A promising opening made for a kind of ‘allow me to introduce’ as each band member took their turn to pipe up and say hello. And they all something to say worth listening to. During the following track, Patrick Schmidli burst a string on his bass in what would become an omen for the evening.

This program was billed as a ‘vehicle to unite a world of musical influences’ and while it was diverse, there was not a strong enough narrative thread running through to achieve the desired unity. It ended up being more of whistle-stop world tour, with the vehicle making frequent brief stops before zooming off somewhere quite different.

The prevailing feeling was that everyone just needed to do a bit less: Draw on slightly fewer genres or traditions. Prune the set back a couple of tracks. Pare back some of the vocal flourishes. This was particularly perplexing with regard to Evelyn Feroza whose remarkably pure voice needed none of the warbles and Mariah Carey-ness in her rendition of Summer Time.

The entrance of Alemay Fernandez injected some much-needed energy and drive. She took the vacant helm and commanded the room with authority but the direction she provided was uniquely her and did not end up being one that the rest of the band could fall behind.

This felt like a collection of musicians playing a constructed set rather than a band telling a story. That is not to say that the musicians lacked skill or the tracks themselves were unenjoyable but it was difficult to get a sense of who these people were and what they were trying to say on a deeper level. Perhaps an abundance of professional respect made anyone taking the lead or putting their stamp on proceedings difficult, but for a set that long, a cohesive energy is vital to carry it through.

Despite what the subheading may have teased this was not quite master of none, but it was master of some and sticking to the ‘some’ would have allowed a talented group of musicians to build something more.