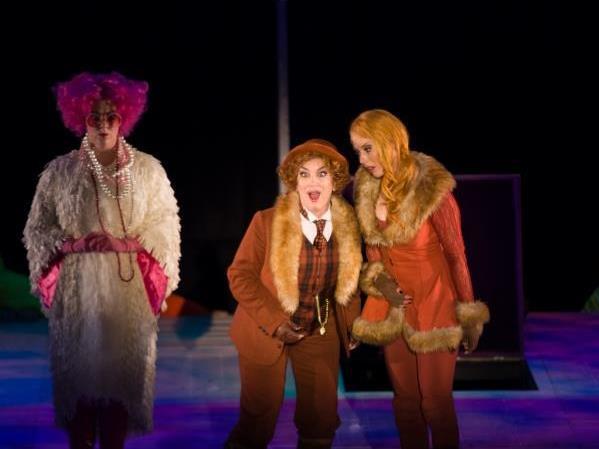 What a delight to see Cunning Little Vixen staged with such colour and whimsy. There is a joie de vivre to this State Opera production that I’m sure would have pleased the composer.

Leoš Janáček was, above all, a humanist and this work celebrates his love of life and humanity. Written on the eve of his 70th birthday, Vixen uses the cycles of nature to celebrate life whilst acknowledging mortality. But this is not a sombre work at all; indeed it is joyful and is generally regarded as Janáček’s sunniest composition. What’s not to love about a comedic opera with foxes and chickens, gamekeepers and parsons, badgers and mosquitoes? There’s even a wedding!

The Cunning Little Vixen wasn’t an immediate hit with audiences or critics. First performed in 1924, with Max Brod’s better-known German arrangement premiering in 1927, it was another three decades before the work was widely recognised. It was only when Walter Felsenstein’s Vixen played in Berlin in 1956 that the work achieved international status and is now acclaimed as a masterpiece of the 20th century opera canon.

For this production, the singers of State Opera SA were accompanied by the full Adelaide Symphony Orchestra under the baton of guest conductor Johannes Fritzsch from the University of Tasmania’s Conservatorium of Music and Tasmanian Symphony Orchestra. The musicians were led by concertmaster Natsuko Yoshimoto and associate concertmaster Cameron Hill.

Directed by SOSA’s artistic director Stuart Maunder, this is essentially the same production that was staged by Victorian Opera in 2017 and West Australian Opera last year and was nominated for four Helpmann Awards. The costuming and lighting design are both worthy of mention, creating just the right ambience for the work. Roger Kirk’s costumes are playful, verging on campy cabaret and burlesque but never leaving the bounds of good taste. The sensuous lighting by Trudy Dalgeish really lifts the staging and gives much of the performance a beautiful dream-like quality.

The clean lines of the set, designed by Richard Roberts, work exceptionally well. A stand of minimalist trees points to the modernism of the music whilst the occasional props, such as oversized washing and giant sunflowers, add to the playful pantomime aesthetic.

The cast is led by local Adelaide soprano Desiree Frahn in the title role of Vixen with the award-winning soprano Antoinette Halloran reprising her Victorian Opera role as the handsome fox. They were both charming, skilfully capturing the essence of their roles and never allowing the characters to overshadow the singing.

The assorted creatures of the woodlands and the barnyard are colourful and engaging, with the State Opera Children’s Chorus enlivening both the vocals and the playful physicality of the work.

Janáček’s music is magical, creating evocative tone-pictures that are emphasised throughout the work. The whole work is tipped in favour of the music over the story with the music carrying the full emotional impact. And those final dramatic moments of Act 3 are perfectly measured to create a resounding finish and underline the essence of the work.

Staged in the unusual venue of the Ridley Centre at the Adelaide Showground, and programmed as part of the DreamBIG children’s arts festival, this joyful production bridges the gap between traditional opera and musical theatre. It also feels surprisingly contemporary with its key themes of mankind’s relationship with nature and the rhythms of life.

At just 90 minutes long and sung in English, Cunning Little Vixen makes a good introduction to the art form for youngsters and opera novices. ‘This is silly,’ proclaimed the young boy sitting in front of me at the end of Act 1. Yes, it really is, but it’s also heart-warming and wonderful.