During the second week of Circus Oz's festival of experimental circus Sidesault, we were treated to three consecutive, short shows: Jugg Life, Hell Is Other People and Feed The Horse.
Isabelle Oderberg 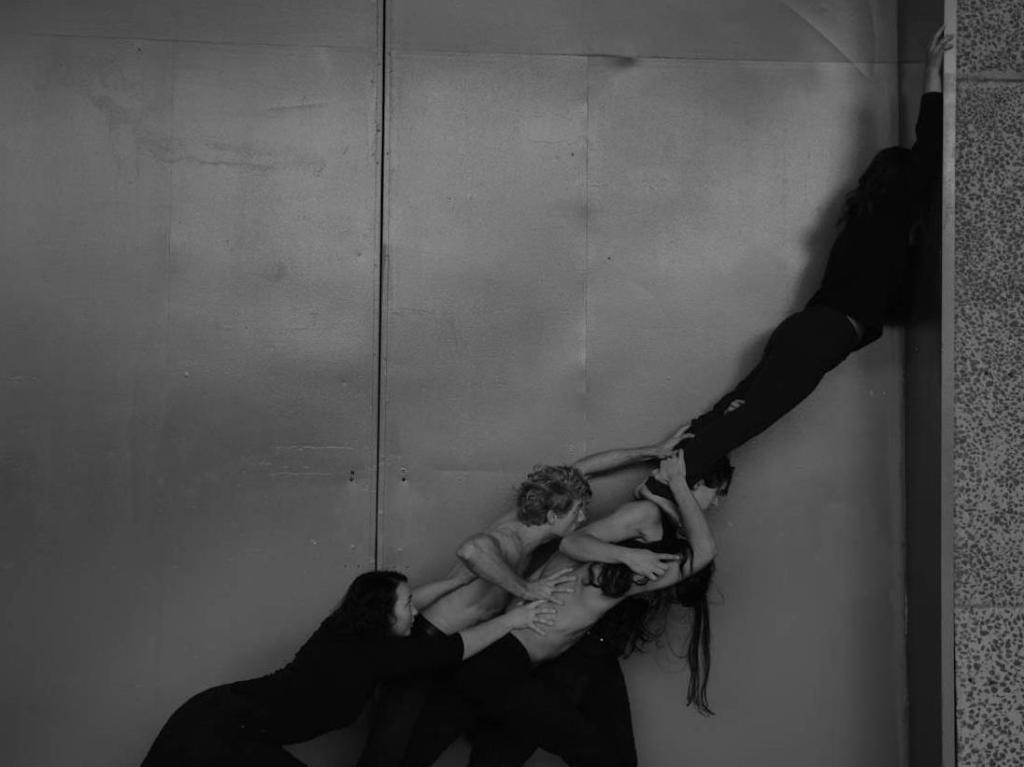 Circus Oz Sidesault 2018 Feed The Horse by Radish By Night.

During the second week of Circus Oz’s festival of experimental circus Sidesault, we were treated to three consecutive, short shows: Jugg Life, Hell Is Other People and Feed The Horse.

Jugg Life by Jugg Life Productions bills itself as ‘an explosive fusion of dynamic live percussion and relentless energy, showcasing the breathtaking skills of two of Australia’s best jugglers’. The two performers, Byron Hutton and Richard Sullivan, are entertaining and endearing and there’s no question the show is fun, but some small tweaks could strengthen it and prepare it for a wider audience.

Let’s start with the good news: these two chaps are eminently likeable, their comedic timing is great, the show is entertaining and their juggling (when on point) is spectacular. Also, the premise of the show  – a juggling battle between the two performers  – is a funny concept and it works well. With no profanity, the show could also be a hit with an all ages audience.

So what needs fixing? For starters, the dynamic duo need to find a way to get past their nerves so they stop dropping the ball (literally). At first they were successful in covering up small errors in their juggling prowess with comedy, but as the show went on and their energy levels started to wane, the errors were happening during almost every act. This could be fixed with longer breaks between extended juggling stints and perhaps a strong brandy before the show to calm the nerves.

The battle theme of the show could be better pronounced, reflected in the title and even camped up a little, into the Hunger Games of juggling.

The other bad news is that the percussion element of the performance doesn’t work. Both took turns drumming and both inevitably ended up off the beat. They either need to allow the percussive beat to be set by an audio track which they can play along with or they need to drop that element from the show.

So the good news: the idea is there, the comic timing is there, the juggling talent is there. If these two boys don’t take their eyes off the ball (again, literally), they could have a hit on their hands.

The second show of the night was Hell Is Other People by Love Is The Drug. The show is ostensibly a trip through Jess Love’s disappointments in her love and sex life and how she keeps putting herself back together. Or not.

This is not a show that was ready for the stage. The idea at the heart of this show is one that could work, but Love hasn’t fully teased it out and developed it into anything resembling a mature offering. It feels like a work still in development.

Some of the artistic ways she has chosen to convey certain themes felt contrived, for example nudity representing vulnerability, and the circus portions of the act feel jimmied in. An act in which she demonstrates some hula-hooping for no particular discernible reason is perplexing. The fact that she lost control of the hoop, it shot side-stage and she had to pretend she was hula hooping for the rest of the song wasn’t helpful.

Love needs to work out what performance art she wants to engage in and if it’s multiple forms of art, she needs to blend them more seamlessly together. There is an idea here that could work, but it needs to much more time and, ironically, love, than it has been given.

The highlight of her show was a ‘drunk’ and heartbroken Love standing outside the Melba Spiegeltent post-conclusion, abusing punters as they walked back to the bar, in a classic wronged ‘why didn’t you call me’ display of frustration.

The final show of the night was Feed The Horses by Radish By Night, a sophisticated, thought-provoking show and the most exciting offering of the night.

Visually it was mature and beautiful, the music was curated perfectly, the circus skills on display were simply beautiful and some of the more sinister and abstract elements were intriguing.

The opening act of the show was by far my favourite, the performers seeming to be offering a narrative on the rat race as they performed in slow motion in dull grey suits. A clowning scene involving only a woman in a suit, a skipping rope and an upbeat tune had the audience in hysterics, though its darkness wasn’t lost through the laughter.

One part of the show that needs to be re-thought is the forcing of the entire audience’s participation, when they are shouted at to stand up, pushed into position centre-stage and the performers seem to descend into varying forms of hysteria.

Not all audience members are physically able to be part of the show or want to be touched. There was no warning of audience participation at entry. It made several members of the audience uncomfortable and excluded others, who for various physical reasons could not stand to take part. Also, the seating of the bulk of the audience on cushions the floor (probably for ease during the participation later on) was uncomfortable and impractical, especially for audience members for whom it was the third show of the night, were not spring chickens or physically needed to be seated in a chair.

Other than what I believe was an oversight in discerning what may have been an exclusionary exercise, the show was the perfect way to end an exhilarating night and congratulations should be offered to Circus Oz for providing a platform for alternative acts to show their wares.

2 stars ★★ Hell Is Other People by Love Is The Drug