Review: Charlie and the Chocolate Factory, Her Majesty’s Theatre (VIC)

A big, gaudy, rambunctious musical that offers a mixed bag of treats.
Thuy On
[This is archived content and may not display in the originally intended format.] 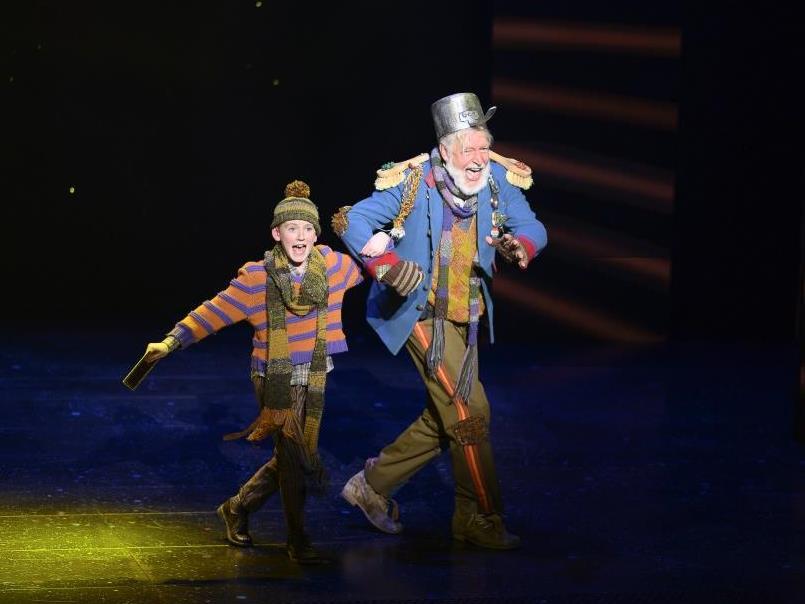 Any stage adaptation of a story as well-known and universally adored as Roald Dahl’s Charlie and the Chocolate Factory has to contend with not just the author’s original text but also arguably the equally famous 1971 film starring the late Gene Wilder as Willy Wonka. When you add an all-singing, all-dancing version, the difficulty factor is ramped right up. This musical, directed by Jack O’Brien with book by David Greig and lyrics and music by Marc Shaiman and Scott Wittman, is one that’s been passed down after undergoing various treatments already (there’s been both Broadway and West End shows) and the result is a mixed bag of treats. Other random ingredients have been added to Dahl’s vision and the movie’s mad aesthetic, and swirled in the huge mixing vat.

The production values are impressive, with intricate revolving sets, enormous video screens, and a gazillion LED lights. Mark Thompson’s costumes too, are elaborate and obviously updated with 21st century references, and while a couple of songs have been taken from the original motion picture score, several have been specially created. (But they are, for the most part, not particularly memorable.)  It’s a massive ensemble effort to bring together so many components so it’s not surprising therefore, that there are some dissonant notes in this big, gaudy, rambunctious production.

As the wily chocolatier, however, Paul Slade Smith makes an excellent Willy Wonka. He has the imperious presence to pull off the charming but quixotic and unpredictable Wonka, and on opening night Lenny Thomas was an enthusiastic and honey-sweet Charlie Bucket, the boy whose only dream was to see inside Wonka’s newly re-opened factory. When he finds that golden entry ticket, his joy is a marvel to behold. (Thomas is one of five boys sharing the role of the child protagonist – the others are Benjamin Belsey, Elijah Slavinskis, Edgar Stirling and Lachlan Young.)

The show’s decision to make Wonka masquerade as the lolly shop owner who suddenly moves into Charlie’s neighbourhood is an inspired one; also interesting was introducing the boy’s inventive spirit early on. (What about liquorice shoelaces or marshmallow pillows, he wonders.) Tony Sheldon is pretty sprightly for a hitherto bed-bound Grandpa Joe, but his silly bravado lies about his past feats soon become tiresome. Lucy Maunder injects low-key melancholy as Charlie’s desperate mother in this otherwise brassy loudmouthed show but we probably didn’t need to see her dance with the ghost of her husband. That’s just too much manipulative sentimentality.

The other golden ticket winners are played as straight caricature. Along with their respective guardians, gluttonous Augustus Gloop (Jake Fehily), spoilt brat Veruca Salt (Karina Rusell), screen addict Mike Teevee (Harrison Riley) and gum-chewing Violet Beauregard (Jayme-Lee Hanekom) are all monstrous personalities and those who play them do so in broad, colourful strokes. It’s fun watching them do their schtick on stage, although the campy acting does feel rather overdone at times, particularly as the show blatantly exploits racial stereotypes for easy laughs.

As for the Oompa Loompas, the creative team has figured out a way to combine both puppetry and humans to portray these mischievous imps who work at Wonka’s factory. They do come across as rather scary though, with their bright red mop tops and frenetic chanting and dancing. Unless you already know Dahl’s story, their backstory is hard to follow, even with the help of an animated explanatory backdrop. The voices are indistinct and garbled in several of the songs.

Speaking of scary, the demonic squirrels’ fury at Veruca’s attempts to coddle them results in explicit violence that’s not very kid-friendly for the younger age range.

Charlie and the Chocolate Factory fairly bustles with energy. It pays tribute to and tweaks both Dahl’s book and the movie’s eccentricities and adds some sprinkles of its own but the result is not altogether successful. Some bits are half-baked while others are over-egged so the end product is lopsided – some sections delectable, others distasteful.