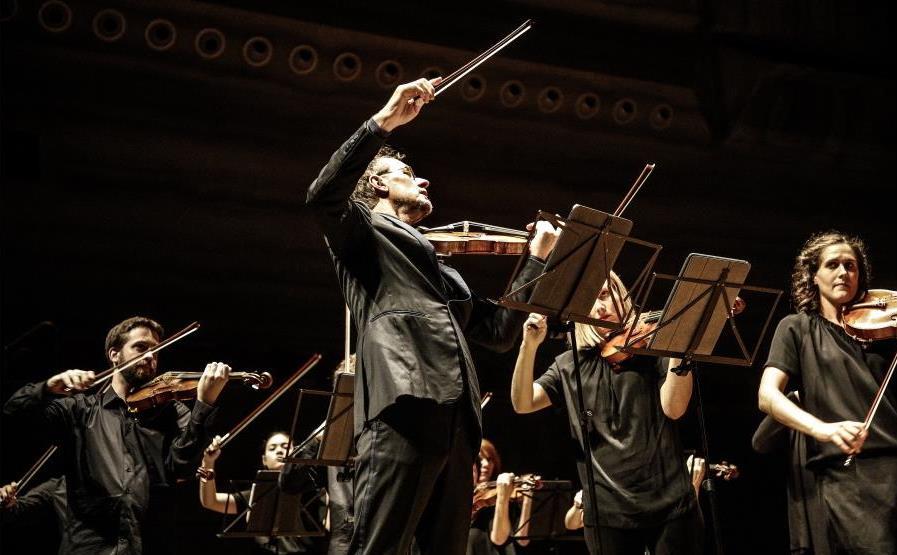 The ACO’s opening tour of the 2020 Season comprised nine concerts in four cities. It afforded much to celebrate before a note was played: the 250th anniversary of the birth of the German Classical/Romantic symphonist Ludwig van Beethoven, and the 30th anniversary of Richard Tognetti’s dedicated and enthusiastic artistic direction of the orchestra. For this reason, a rare and generous program was planned, presenting Beethoven’s first three symphonies, all richly characteristic and individual compositions, unusually performed in sequential order. The audience was in a mood to celebrate from the start, eager to discern the individual nature of each composition and enjoy the clear brilliance of the composer developing and refining his skills as master symphonist.

A handsomely produced souvenir printed program contained many reflections on Beethoven’s impact on individual lives, as well as an interview with the artistic director. No purist, Tognetti prefers a ‘historically informed approach’ to Classical and Romantic music combined with a hybrid orchestra: ‘whole gut strings, early bows and period winds, with brass that might resemble those from the time of Beethoven’.

For this concert, the regular 17 musicians of the all-standing ACO were augmented by 28 players: 14 strings from ANAM and 14 further guests (wind, brass and timpani). The combined sound was thrilling, though occasionally overwhelming and relentless. I could not hear much evidence of gut strings in the mix, but the sound of the period winds and brass was glorious with a band of specialists imported from significant posts around the globe. Sadly, their softer and grainier voices were often swamped by the uninhibited steely sound of upper strings playing as loudly as possible.

There was also some rough and ready playing on this long musical journey: imprecise entries, unfocussed balance and rapport particularly between upper strings and everyone else. Using Beethoven’s controversial metronome markings, ‘fast and furious’ appeared to win the day and final movements seemed like a race to the finish line when violin bows were thrust upwards in elation.

Certainly, one great benefit from this exercise was that there was genuine joy experienced by the young and greener ANAM musicians at the start of their careers.

At the conclusion of this performance many within the capacity audience stood and cheered as Tognetti shook the hands of all on stage.