Tragedies of modern relationships reflected in the forlorn existence of a lost whale in this play by Terence Smith.
Nerida Dickinson
[This is archived content and may not display in the originally intended format.] 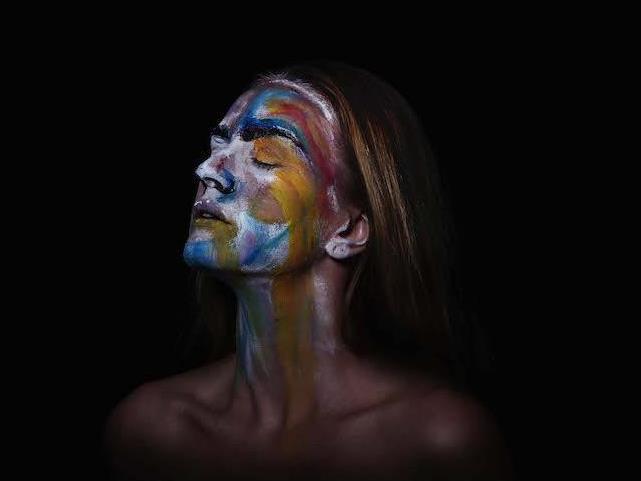 Through the adventurous expedition tracking the ‘loneliest whale in the world’, Beyond the Yard interrogates human loneliness, disconnection and isolation while immersed in conundrums of modern communication.

An excited Tim joins the scientific expedition to find ‘the loneliest whale in the world’ a whale that sings at a frequency of 52-hertz, outside the frequencies of other whales. While trying to connect with the whale, he regularly tries to contact his sister, Maddie, leaving messages and asking her to call. Tamara, Maddie’s neighbour, alternates between phone calls chasing a missing parcel and leaving plaintively hopeful voice messages to an absent Patrick. Attempting to create a new life, Tamara’s night out coincides with a birthday celebration for Maddie’s work colleague, Damon. As Maddie avoids her workmates with a trip to the bar, she is offered a drink by an immediately-smitten Asha. Asha has a case of nerves while preparing for her turn at an open mic performance. After an intense night, lovestruck Asha writes love songs expressing her devotion and longing for Maddie, who never responds to her messages. Asha eventually despairs and turns to Tinder to find instant, if shallow, gratification in matching with nearby girls. Buying Roger the goldfish to be his friend and confidante, lonely Damon lives with his parents despite a strained relationship with his father, while resenting the extra workload in Maddie’s unexplained absence from her job. The fruitless hunt for the whale parallels the extended absence of contact from Maddie, who languishes at home, wondering why she has been abandoned.

Deftly switching between time and place, intersecting snippets gradually coalesce into a satisfying whole. The cryptic figures of the whale and Maddie each evade contact, the desperate whale pursuit in Arctic waters contrasting sharply with local abandonment and acceptance of Maddie’s sudden and unexplained absence. How we connect and interact as humans is not only reflected in Tim’s hunt for the whale, but in proxy relationships and longings – a pet goldfish, momentary acceptance through apps and frustrated quest for a book.

The performers impress with confidence in individual and ensemble scenes. Damon’s paternal estrangement and disconnection from the world around him is not limited to tangential emphasis to Maddie’s disappearance, Daniel Elsegood investing it with haunting self-absorption. Shanae Tuxford’s Asha moves beyond wannabe singer-songwriter stereotype despite limited opportunities and Anna Lindstedt brings Tamara’s increasing distress into focus, the intriguing ambiguity in her relationship with the absent Patrick an on-going theme throughout. Declan Brown’s Tim ranges from excited to concerned to despondent, a progressive marker for Maddie’s withdrawal as well as the on-going whale search within the non-linear script. Maddie herself endures as a mysterious absent figure, Bianca Roose maintaining the requisite despairing melancholy without lapsing into melodrama.

Terence Smith’s script, directed with a light touch, maintains a delicate balance through the swiftly changing episodes as distinct characters and motivations wend their ways to a clear conclusion. Tuxford plays live music as Asha, enhancing both her character and overall performance values. Rhiannon Petersen’s lighting design doubles as stage design with lighted cubes serving as mood creating illumination and rapidly versatile set construction, a demonstration of the minimalism and innovation demanded by the stripped-back demands of festival season black box theatre.

Innovative and well-performed theatre in the midst of the FringeWorld whirl, 52 Hertz features strong characters, contemporary relevant themes and simple yet effective production values that do justice to a fascinating and insightful script.