The razzamatazz meets the ridiculous in this game show extravaganza.
Dr Diana Carroll 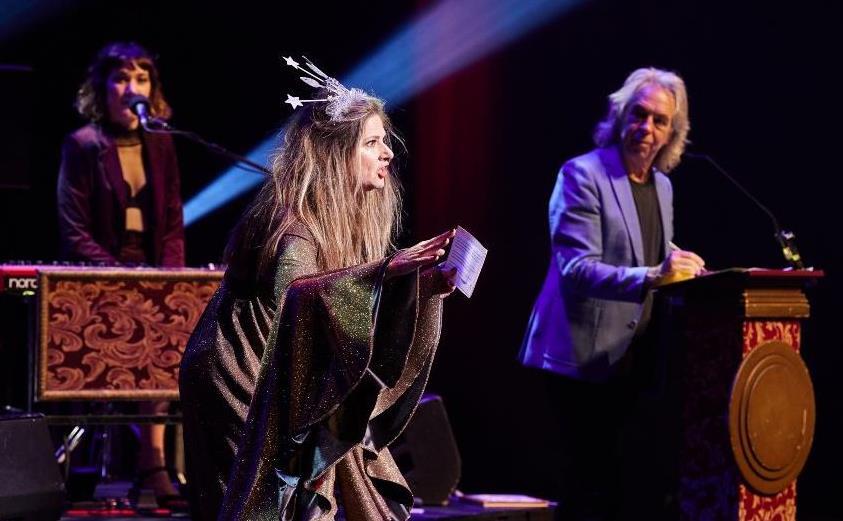 After a tough 18 months for the arts, Adelaide has achieved a superb Cabaret Festival to shake off the doom and gloom. The program was necessarily short on international talent but who needs that when Julia Zemiro and Brian Nankervis are here to bring all the razzamatazz of Eurovision to Adelaide?

The format was exactly what the eager audience expected – random contestants picked from the sell-out audience, amazing guest stars, the very fabulous five-piece EuroWiz Orkestra, and the hosts with the most, Julia and Brian. You absolutely know you’re in for a fun night when you arrive at the theatre on a wintry evening to find Nankervis chasing unsuspecting folks through the foyer with a megaphone to rustle up contestants for the show.

We all know that Australian audiences adore the ridiculousness that is Eurovision, so this was a hit waiting to happen. And Adelaide is also in love with Zemiro, who was Artistic Director of the very successful 2019 Cab Fest. Zemiro was a vision on stage in a voluminous gold sparkly gown and oversized silver tiara reminiscent of Kate Miller-Heidke’s 2019 Zero Gravity crown.

Sydney-based singer Montaigne was the Australian contestant at Eurovision 2021 in Rotterdam (albeit virtually, due to travel restrictions), having been originally selected for the cancelled 2020 contest. She gave a high-energy performance of her Eurovision song ‘Technicolour’.

True to the TV format, the show gallops along on an assortment of  trivia and tidbits about the world’s longest-running music competition. From 1967’s UK winner Sandie Shaw to ABBA in 1974, the depth of knowledge from these Eurovision tragics was astonishing. And the surprise star of the night was contestant Max, still in high school and studying year 10, who had a seemingly encyclopaedic knowledge of Eurovision from long before he could say ‘Terry Wogan’.

And, of course, it wouldn’t be an Adelaide Cabaret Festival show if our own sequinned superstar Hans didn’t make an appearance. The winning song of 1958’s Eurovision, ‘Volare’ was given the full Hans treatment, complete with accordion. It goes without saying that our only chance of Australia winning Eurovision 2022 is if we select Hans as our official competitor.