A thrilling success hampered by an unsatisfactory acoustic.
David Barmby 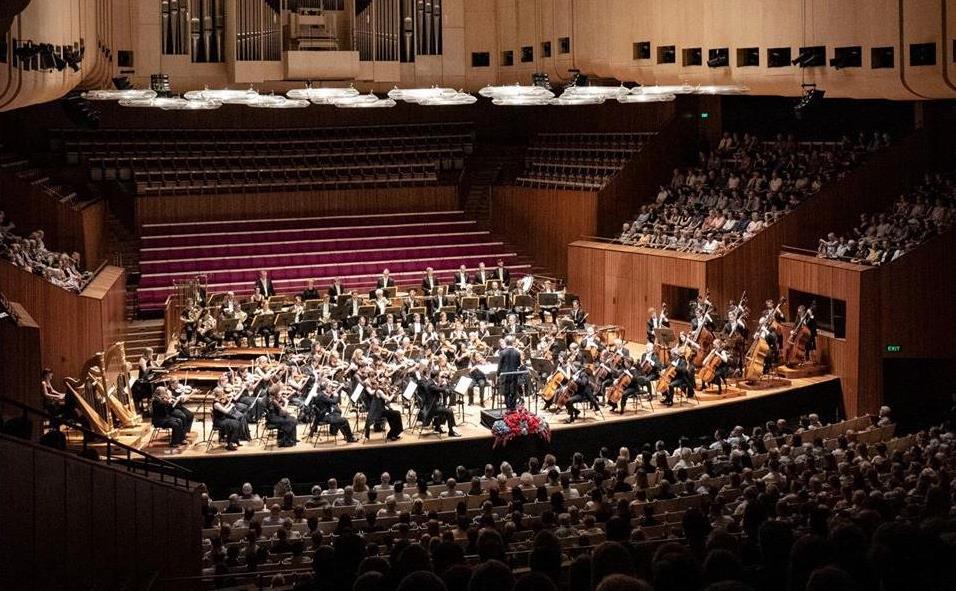 Successor to Pierre Boulez as music director of the Paris-based Ensemble InterContemporain, David Robertson has a pedigree in the French Modernist School better than most. His account of Messiaen’s gigantic, 10-movement Turangalîla-Symphonie (1946-48) last week demonstrated his intimate understanding of this sometimes unruly work, coached in earlier years by the composer himself. All I missed here was a sense of uncontained rapture in the first and last movements (Introduction and Final) that I believe should feel almost unhinged in energy, pressing against the very extremes of joy and pleasure. I felt instead a steady-as-she goes approach, perhaps well judged considering the very unsatisfactory acoustic of the Sydney Opera House Concert Hall. There are high expectations for improvement in the renovations planned for next year.

Apart from the director’s expertly finessed reading of the score, most impressive on this occasion were the young soloists. Malaysian pianist Tengku Irfan looks set for a stellar career. His performance of the Messiaen was exemplary from start to finish, a display of meticulous attention to detail, thrilling verve and when required, profound and moving sentiment. His birdsong in the dreamy love movement VI Jardin du sommeil d’amour reached rare expressive heights against a sensuous palate of silky-smooth and misty strings, delightful keyboard percussion, triangle, flute and two temple blocks. As this movement disappeared into thin air, there was a sigh of deep satisfaction from people sitting near me. But in more visceral movements, one thing I missed was a weight and depth of sonority in Tengku’s use of the lower octaves of the Steinway. Australian ondist Jacob Abela was another superb soloist, mastering a deeper expressivity than at his last performance of this work, heard with the Australian World Orchestra in Hamer Hall, Melbourne in July 2017. His full-keyboard glissando sweeps were indeed hair-raising.

But the Sydney Opera House, for all of its iconic visual splendour, must be judged an acoustic failure; there is not one room in the complex that has an adequate acoustic for chamber music, orchestral music or opera. As it exists there is little hope that a first-class world-standard orchestra can play and develop in its principal hall: the Concert Hall. Originally designed by the architect as an opera theatre, the ceiling is extraordinarily high, while the hall’s width causes further problems. It seats thousands, but no two people hear the same sound emanating from the stage.

On this occasion I was sitting in gallery W immediately behind and one level higher than the piano soloist. This was a brilliant position to view the work from, but in such proximity to the stage, soon enough I realised that the back desks of the strings could not clearly hear the vast brass and percussion section, particularly at extremities of distance. Centrally placed, Robertson did a brilliant job as coordinator, but musicians could not hear each other and were playing robotically with only wishful thinking that the sound might somehow blend together. The result of this refracted sound, and despite the very best intentions with refined technique to compensate, was far from satisfactory. This was not only evident in the precise, percussive articulation required across the orchestra in several movements, but also in the lack of core sound or voice in the grand ‘choral’ sections. The brass section, winds and percussion were west, the strings were east, north and south and never did any of them meet.

Great orchestras all speak with a single voice. Sadly, here there was only a clamour of competing voices.